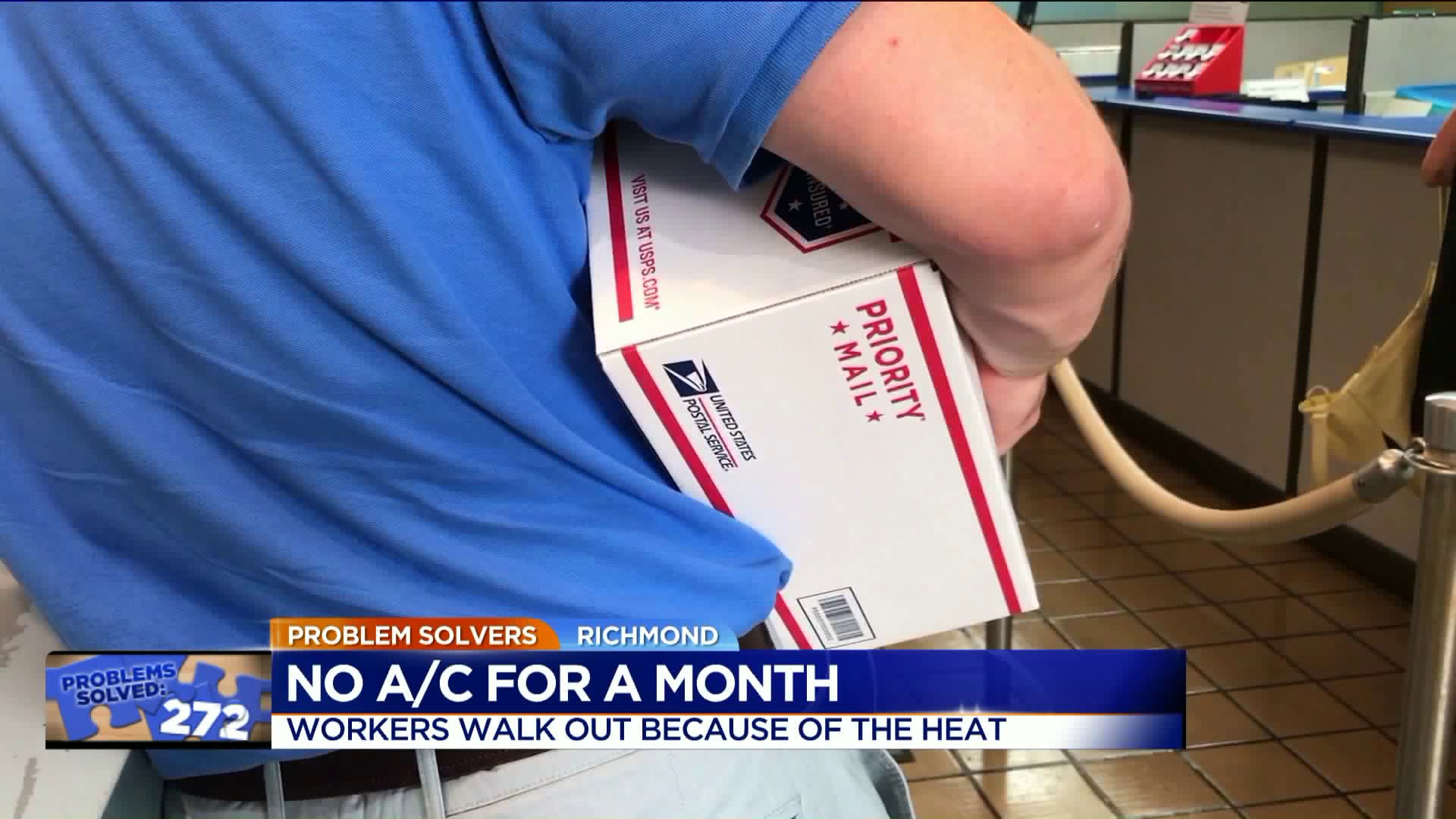 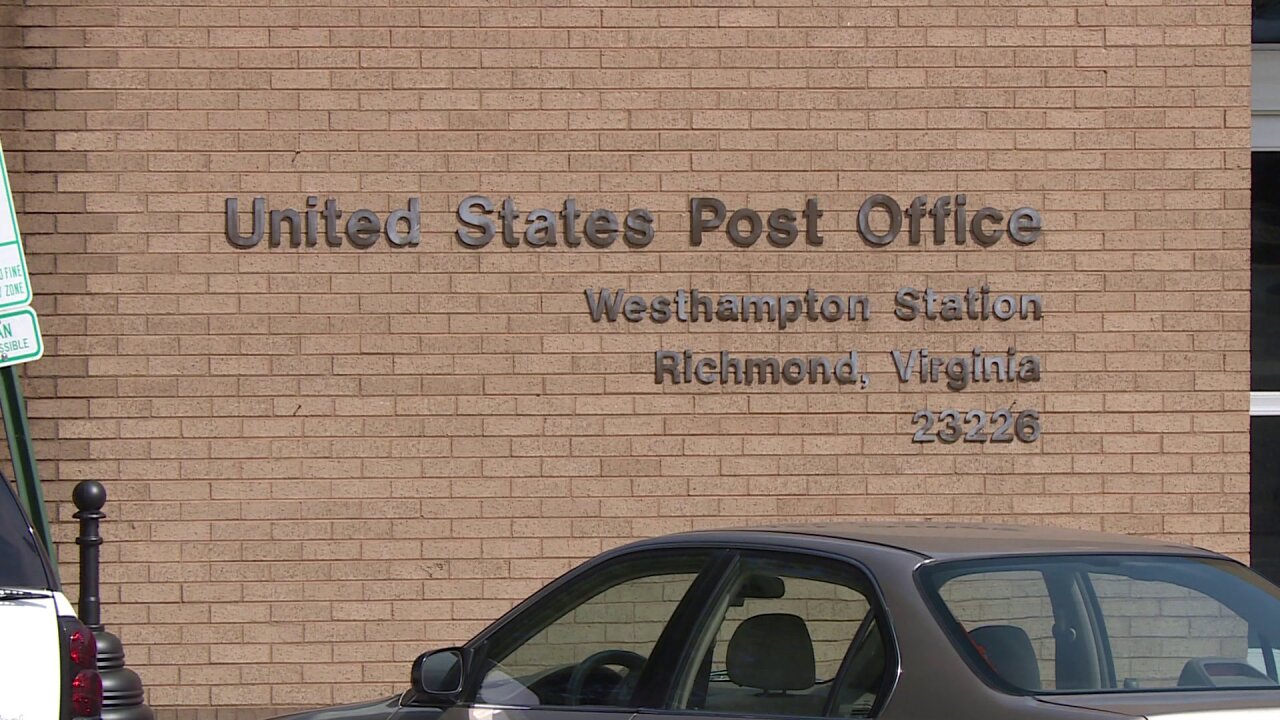 RICHMOND, Va. -- On a day when the heat index soared past 100 degrees, several mail carriers at the Westhampton Station Post Office in Richmond walked off the job.

"Some of us felt like we were going to faint," one employee who asked to remain anonymous said. "We took a stand and we left because it's too hot to be able to case up mail and there is no circulation inside the station."

The employee said part of the post office where the employees sort the mail has no air conditioning, and when he showed up to work Thursday the thermostat read 90 degrees inside.

"It's like being stuck inside of a microwave, and you can't get out," the employee said.

Problem Solver Melissa Hipolit checked out the situation for herself, and found the area where customers line up does have AC, but she could see fans in the back area.

"How does that make you feel that they provide air conditioning for the customers and not for the employees?" Hipolit asked the employee.

"It's not fair," the employee responded.

"That's ridiculous that in Richmond, Virginia you don't have air conditioning on a day that it's over 100 heat index," Battle said.

"It's been so humid that the temperatures at night have not dropped much at all so you just don't get much of a break," Daniel said.

But the employee we talked to said it's time the USPS cut his colleagues a break.

"I want to see some AC inside the building," the employee said.

Hipolit took the employees concerns to the federal agency that oversees workplace safety, the Occupational Safety and Health Administration, and they said they're going to investigate the situation.

A spokesperson for the USPS sent CBS 6 the following statement:

"The HVAC unit is working in the P.O. Box Section and lobby of the West Hampton Station. Fans have been placed in the employee work area and portable air condition units are scheduled to be installed in the morning.

The safety and well-being of our employees is a top priority for the Postal Service. Our letter carriers deliver the mail in all types of weather and ground conditions, and we appreciate their efforts to serve our customers."