HENRICO COUNTY, Va. — Police released photos of a man wanted for brandishing a gun outside a gas station in Henrico’s Far West End.

The incident was reported May 28 at a convenience store along the 11300 block of Patterson Avenue, near the Henrico-Goochland line.

“The victim had a conversation with several males who were in a vehicle in the parking lot,” a Henrico Police spokesperson said. “The driver got out and approached the victim. As they were interacting, the front seat passenger exited and brandished a firearm at the victim.”

Both men got into their vehicle and drove off towards Lauderdale Drive, police said. No shots were fired.

Police described the suspect as a thin, white man. He was wearing a blue shirt, tan pants, and a hat. The vehicle is described as a silver older model Honda CRV. It has a unique spot on the front passenger side door, police said. 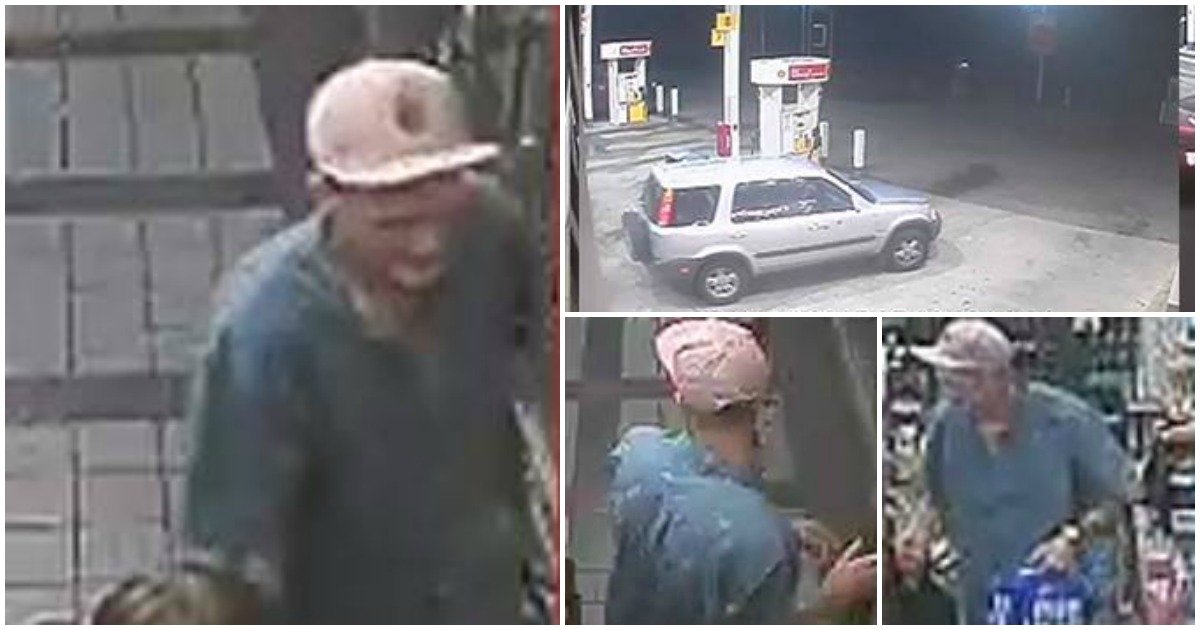