RICHMOND, Va. -- Police are asking for the public’s help to identify a person and vehicle of interest in connection to a deadly triple shooting in Shockoe Bottom.

The shooting happen on the early morning of June 18, near the 17th Street Farmers’ Market.

Police were called to the intersection of North 17th and East Franklin Streets for a report of two persons down just before 3 a.m. on Father's Day.

When police arrived, they found a man and woman suffering from non-life threatening gunshot wounds. The pair were transported to a local hospital, but were later released.

While units were still on the scene, police received another call for a person shot. That third victim, 26-year-old Robert D. Turner Jr. of the 2300 block of Fairfield Avenue, was transported in a personal vehicle to an area hospital where he succumbed to his injuries.

Police are looking for one person of interest in the shooting. He is described as a black male with a light complexion in his mid-20s. He is approximately 6’0” tall with short, dark hair and a skinny build. On the morning of the shooting, he was wearing a white T-Shirt with a pattern and dark running pants with stripes down the leg. 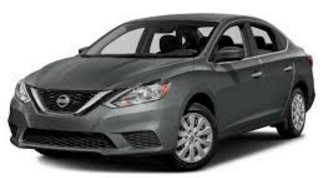 Detectives are investigating the fatal shooting as a homicide.