RICHMOND, Va. -- Police have identified the woman who was killed in a hit-and-run accident on Interstate 95 Friday night.

Sgt. Steve Vick with Virginia State Police said the crash happened around 9:20 p.m. along I-95 north near Leigh Street. A 2001 Reco motorcycle was traveling north when an unknown vehicle came up the Broad Street ramp and cut in front of the bike, making contact with the front tire and causing it to go down in the roadway. 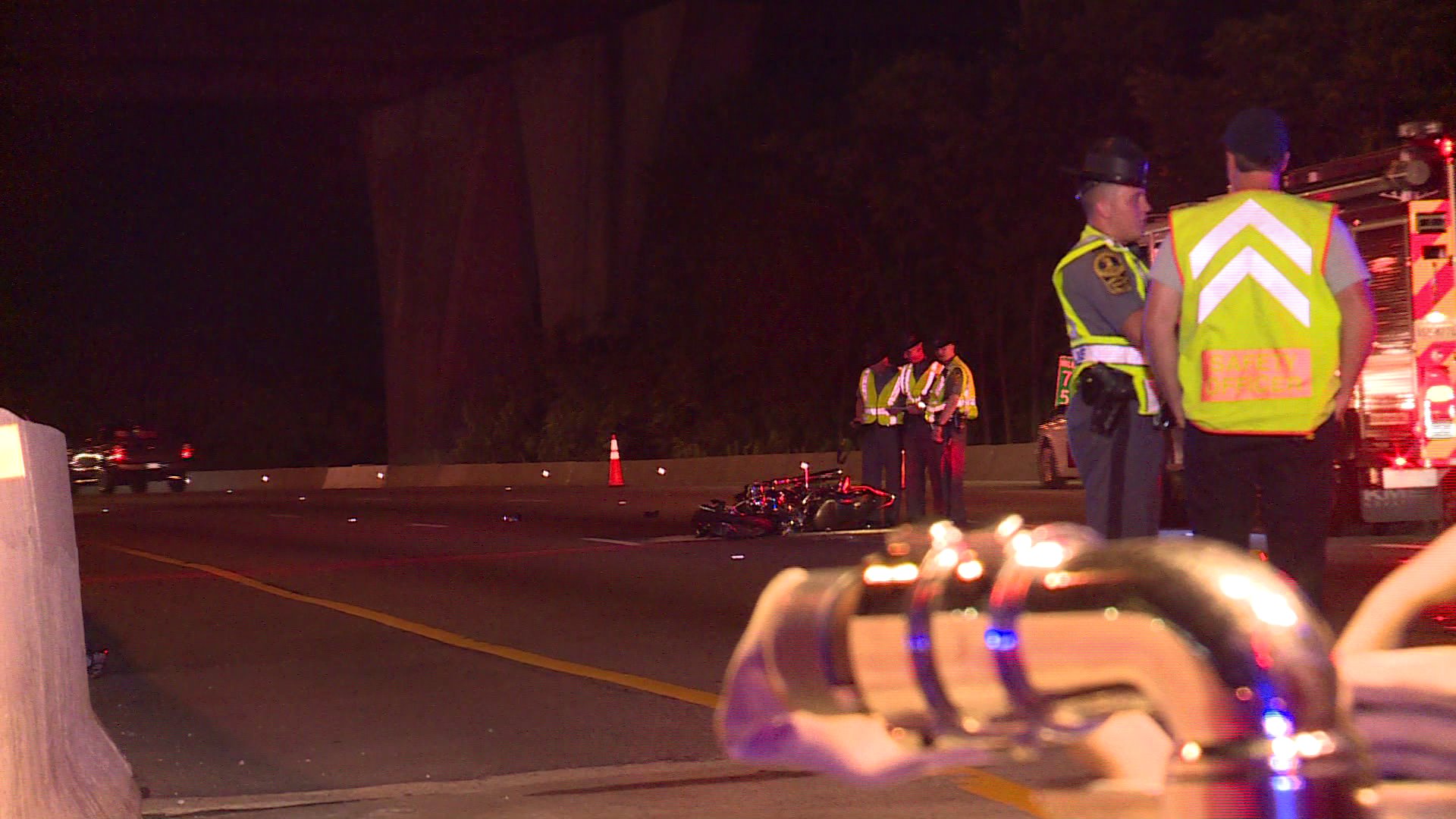 The operator and passenger were both in the road when a black SUV struck the passenger and the motorcycle and kept going.

The passenger, 41-year-old Carrie A. Friedhoff of North Chesterfield, died at the scene. The operator of the motorcycle, 58-year-old Robin W. Friedhoff, was transported to VCU Medical Center with non-life threatening injuries.

Both were wearing helmets.

The Virginia State Police Crash Reconstruction Team is assisting with the investigation of the crash.

State Police are looking for the black newer model SUV and its driver. Sources told CBS 6 reporter Jon Burkett that the SUV had to have sustained some damage and the driver had to have known that they had hit Friedhoff and the bike and kept going.