RICHMOND, Va. -- Police are asking for the public’s help to identify two men wanted for questioning in a deadly triple shooting near the 17th Street Farmers’ Market in Shockoe Bottom early Sunday morning.

Police were called to the intersection of North 17th and East Franklin Streets for a report of two persons down just before 3 a.m. on Father's Day. 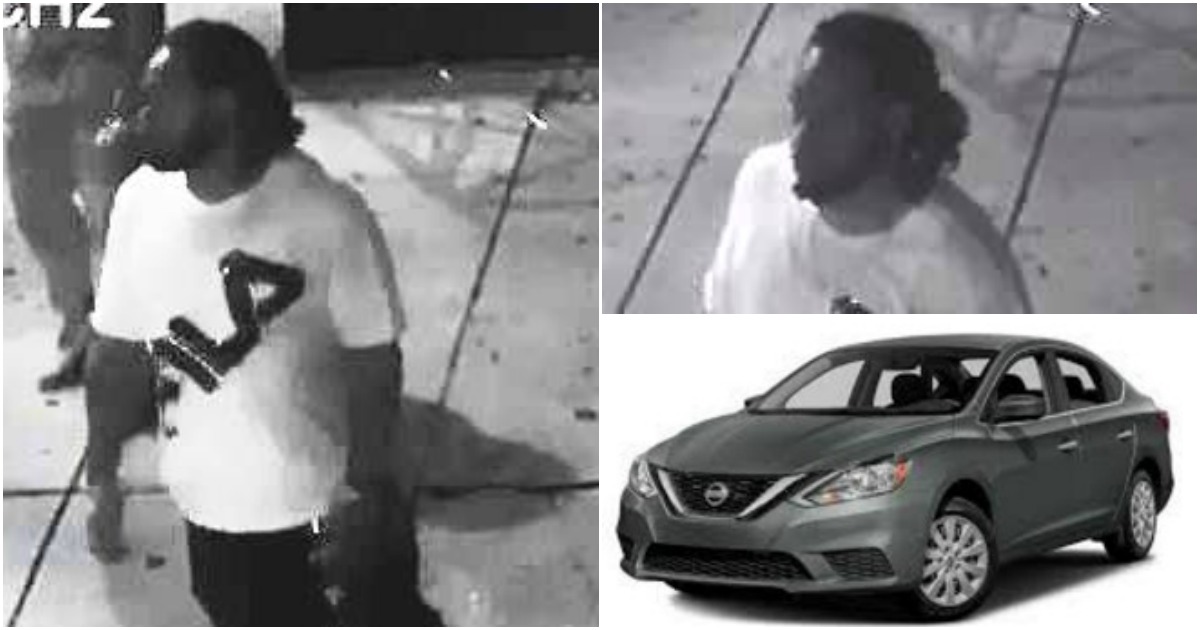 When police arrived, they found a man and woman suffering from non-life threatening gunshot wounds. The pair were transported to a local hospital, but were later released.

While units were still on the scene, police received another call for a person shot. That third victim, 26-year-old Robert D. Turner Jr. of the 2300 block of Fairfield Avenue, was transported in a personal vehicle to an area hospital where he succumbed to his injuries.

One of the men wanted for questioning and a photo representation of the second man's gray 4-door Nissan sedan.

Police released a surveillance photo Thursday of one of the men wanted to questioning.  Police described him as a black male with a stocky build. He had a beard and tied back hair with braids or dreadlocks. The morning of the shooting he was seen wearing a white FILA T-Shirt, dark pants and white sneakers.

A second man, described as a black male with a light complexion and and a skinny build. Officials said he is believed to be in his mid-20s and 6 feet tall with short, dark hair . At the time, he was wearing a white t-shirt with a pattern and dark running pants with stripes down the leg.

“We know these two individuals were in the area and we would like to speak to them,” Det. J. Bridges said. “We know many others were also present and we are asking them to also come forward with any tips or information they may have.”