Gunman pretended to be a customer, then put on a mask to rob the place

RICHMOND, Va. -- The man who robbed a Midlothian Turnpike business this month pretended to be a customer before he pulled a gun on the store clerk, according to Richmond Police.

Investigators released photos of the man who committed the June 8 armed robbery.

"When officers arrived, they were told the suspect approached the counter with several items for purchase," according to a Richmond Police spokesperson. "As the store clerk attempted to assist, the suspect bent down then stood up with a black mask covering his face. With a firearm in hand, he then demanded money."

The robber took the money and ran away from the store carrying a black plastic bag. 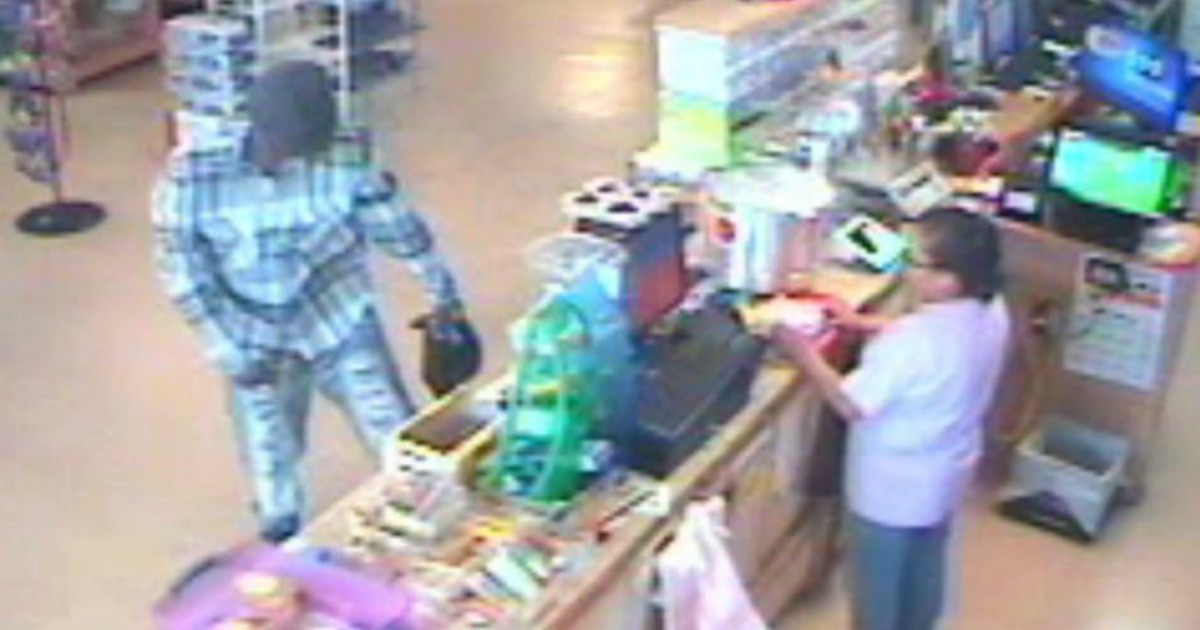 Police described the suspected robber as a 6' tall, 260-pound black man who was was wearing a black hat, blue and white flannel shirt, and blue jeans with several holes.