When firefighters arrived minutes later, smoke and fire were visible from the front of building. When CBS 6 crews arrived around 6 a.m., smoke was still pouring from the roof of the building.

"It's pretty bad and pretty sad for my coworkers in the community," Vega said.

The fire did not extend into the building, firefighter said, and no one was injured in the fire.

The fire was marked under control at about 6:38 a.m. 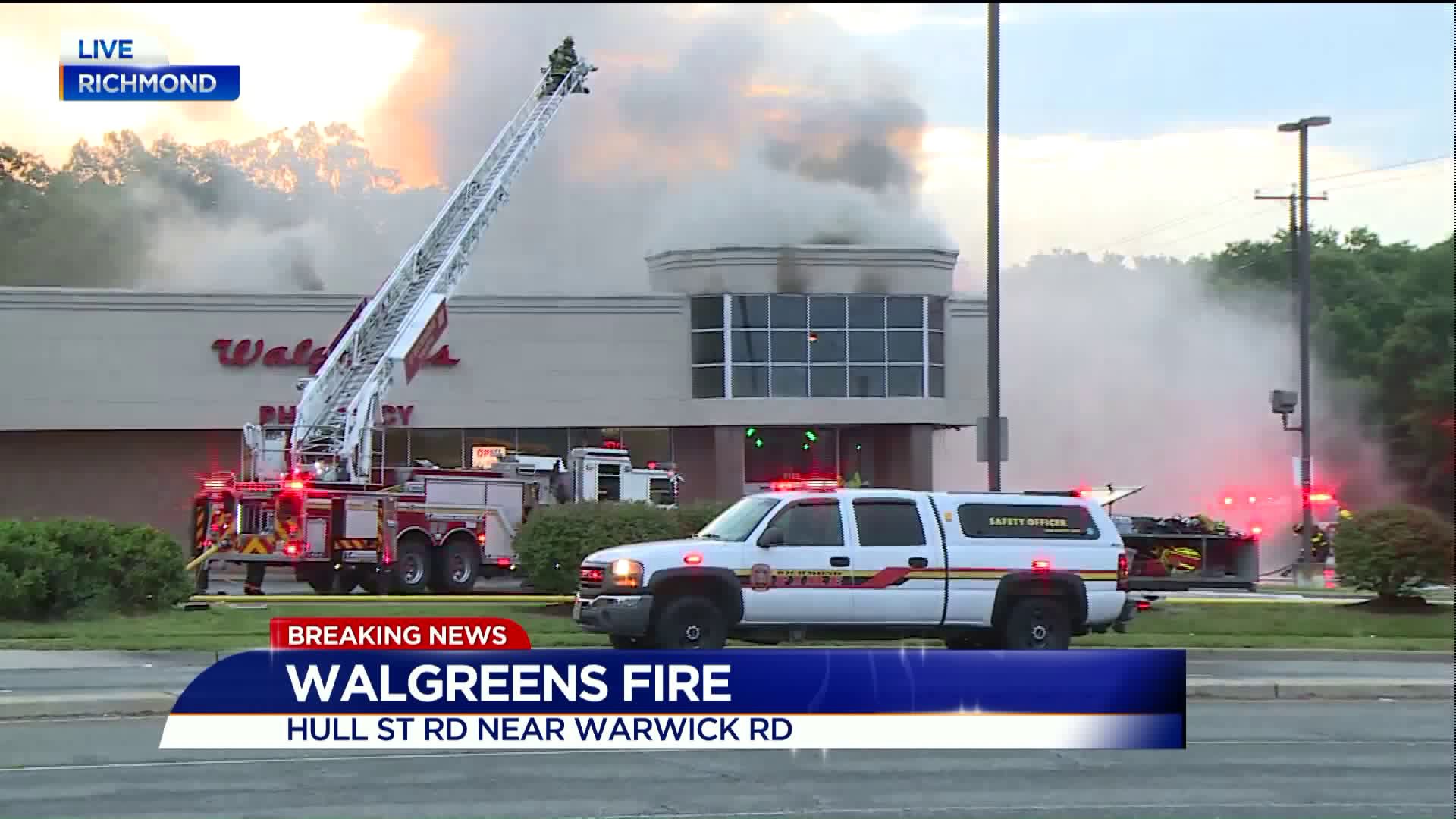 While the investigation into the fire remained ongoing, workers on scene said the building had been experiencing HVAC issues in the days leading up to the fire.

"I know everybody that works in that store, managers everybody," Anita Morton, who works nearby, said. "I'm sorry, it's their job... I know Walgreens will have the store up and running by the end of this week."

Traffic in the area, along both Hull Street Road and Warwick Road, is being impacted by the emergency response to the fire.

A store manager said customers needing to pick up prescriptions can do so at the Walgreens location on Buford Road. He did not have a timetable for when the store may possibly reopen.