RICHMOND, Va. – Police are asking for the public’s help to identify a suspect captured on surveillance video stealing a package in the Three Chopt neighborhood earlier in June.

The incident happened at approximately 11:45 a.m. on Wednesday, June 7.

Police said the male suspect walked up to the front door of a residence in the 600 block of St. Christopher’s Road and took two packages from the porch. The suspect then returned to the same residence around midnight the next morning taking additional packages. 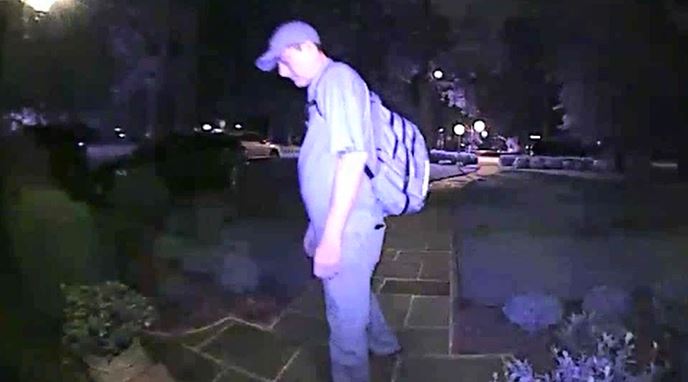 He is described as a white male with short brown hair, clean shaven, and in his late-30s to early-40s. At the time of the incident, he was wearing a blue baseball hat, light blue or grey T-Shirt, blue jeans and a backpack.