Joe Waple, Concession Director at the Lakeside Youth Baseball Complex, certainly knows how much rain dropped and the extent of damage that fell upon the 63-year-old complex. Located at the end of Club Lane, the complex is located at the bottom of a hill beside Upham Brook.

The area is prone to flooding; storms like Isabel and Gaston have previously buried the concessions building.

The fields were covered with fine sediment that Waple said: “smelled the inside of a dead catfish.” The dumpster washed into the batting cage; "logs, leaves and litter” have left the facility in limbo.

The concession stand alone, renamed by Waple as the Grand Slam Grill, suffered thousands of dollars in damages. They need to replace freezers, microwaves, the refrigerator, fountain drink syrups, and food.

The equipment room was flooded and they are working to salvage most gear. Over the weekend, volunteers laid out the waterlogged equipment to dry in the heat.

Henrico County has been at work to mitigate the disaster, but the debris won’t be hauled away, the mess won’t be cleaned up, in time for the all-star games scheduled to start Wednesday. 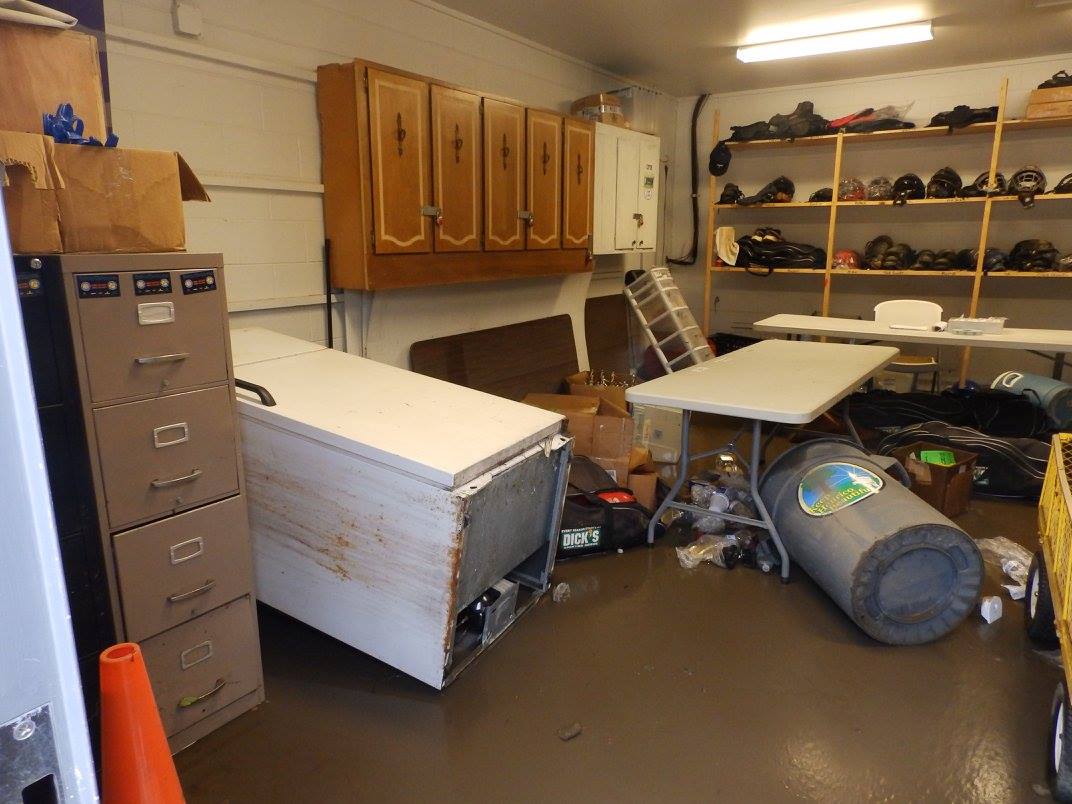 Waple, whose two sons play ball at Lakeside, was disappointed the facility won’t host this year.

“They don’t think they can get the fields back into shape,” he said.

Waple, who sang the National Anthem every game last season, is looking forward to the next season.

In the meantime, the complex needs volunteers and donations. Those who want to help can go to the LYB website and contact the treasurer, Bristow Venable-Waple.

The games will be at Dorey Park and RF&P park.