RICHMOND, Va. – Two women are recovering after they were pinned by a car during a Richmond Kickers soccer game at City Stadium Saturday night.

The incident happened around 8:45 p.m. near the end of the Kickers game against Tampa Bay.

From all the accounts, WTVR CBS 6 reporter Jake Burns said the incident appears to have been a freak accident.

CBS 6 sports reporter Sean Robertson, who was at the stadium covering the game, said he heard a loud scream followed by a lot of commotion.

Emergency personnel responded and two victims were transported to an area hospital, but exactly how accident happened remains unclear.

Officials with the Kickers said they feel terrible for the fans involved.

"Our thoughts and prayers are with the fans and families affected by the car accident at City Stadium on June 17th. It is our understanding that one of the fans involved was discharged from the hospital Sunday while the other is still undergoing evaluations.

The Richmond Kickers have the utmost sensitivity to safety at City Stadium. For many years, we have allowed limited handicapped parking inside the stadium. We have launched a careful review of our parking policies to continue to ensure a safe environment for all of our fans." -- Richmond Kickers GM Shelley Sowers 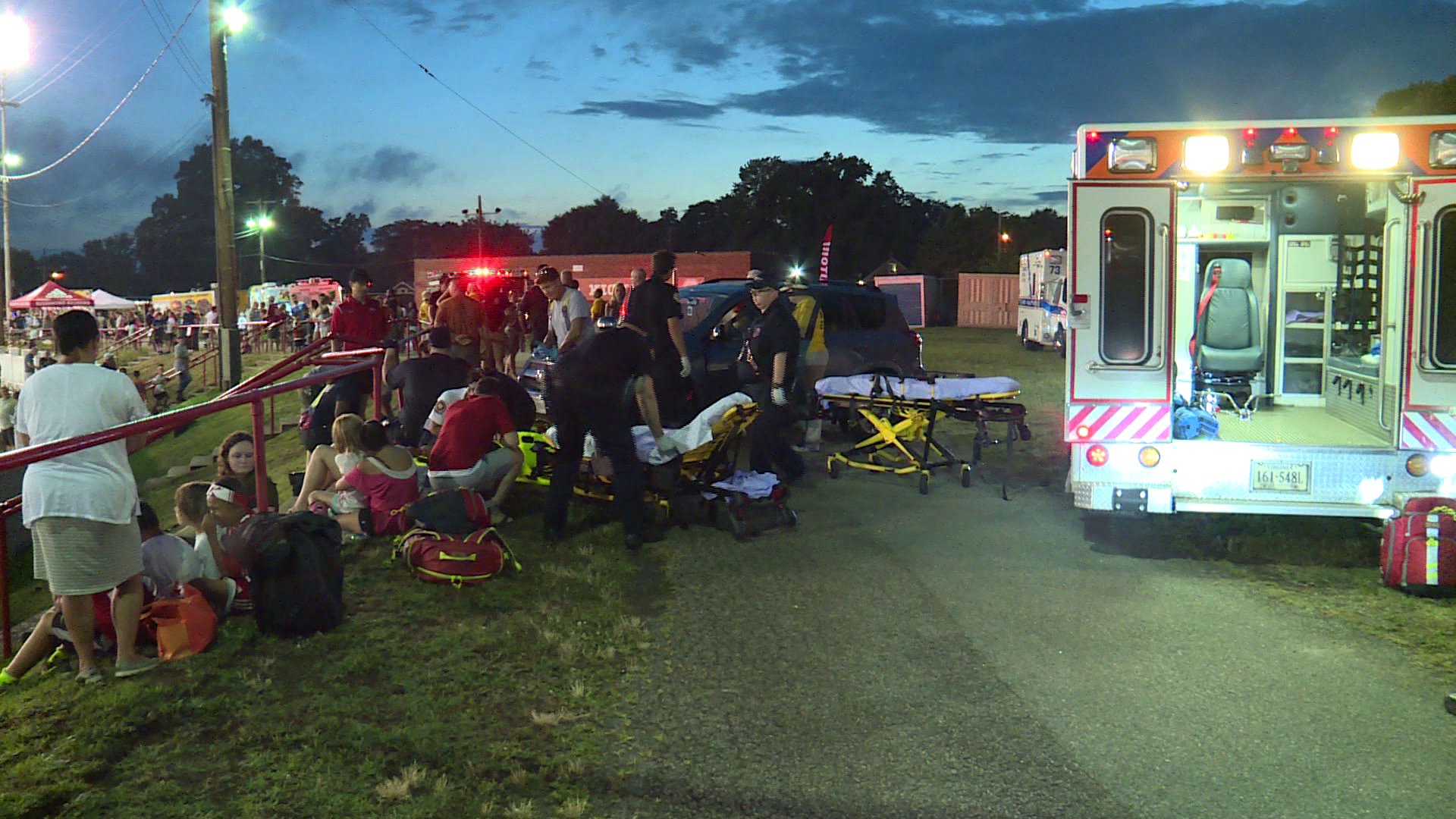