Warmbier, a 22-year-old college student who returned Tuesday to the United States after 17 months in detention, is in stable condition at University of Cincinnati Medical Center but has a “severe neurological injury,” hospital spokeswoman Kelly Martin said.

But Warmbier’s father left no doubt he blames North Korea, blasting the secretive regime in a 23-minute news conference at his son’s alma mater, Wyoming High School, north of Cincinnati.

The family doesn’t believe North Korea’s explanation that Otto fell into a coma after contracting botulism and taking a sleeping pill shortly after he was sentenced in March 2016, Fred Warmbier said.

“Even if you believe their explanation of botulism and a sleeping pill causing a coma — and we don’t — there is no excuse for any civilized nation to have kept his condition a secret and denied him top-notch medical care for so long,” Warmbier said.

The father, wearing the cream sport coat his son wore during his televised trial in North Korea, stopped short of saying how he believed his son was injured.

“We’re going to leave that to the doctors (to explain) today,” he said.

He called on North Korea to release other American detainees. 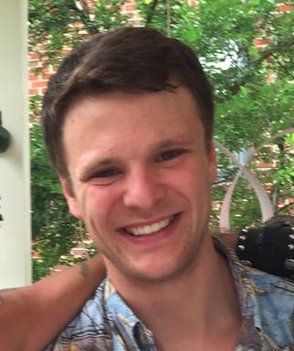 Otto Warmbier was a University of Virginia student when he was detained in January 2016 at the airport in Pyongyang while on his way home. He had been on a tour of the reclusive country, his parent said.

North Korean authorities claimed they had security footage of him trying to steal a banner containing a political slogan that was hanging from a wall of his Pyongyang hotel.

That was used as evidence in his hourlong trial. He was found guilty of committing a “hostile act” against the country and sentenced in March 2016 to 15 years of hard labor. It was the last time he was seen publicly before this week.

His parents learned of their son’s condition — what North Korea called a coma — only last week, they said in a statement.

Fred Warmbier appeared critical of the Obama administration’s handling of Otto’s detention, saying the family heeded the US government’s initial advice to take a low profile “without result.”

In contrast, he praised the Trump administration’s efforts: “They have our thanks for bringing Otto home.”

When asked whether then-President Barack Obama could have done more, Fred Warmbier replied, “I think the results speak for themselves.”

Three other US detainees

Warmbier’s release coincided with basketball star Dennis Rodman’s latest visit to North Korea, though Michael Anton, a US national security spokesman, told CNN there is no connection between the two.

“Dennis Rodman had nothing to do with Otto,” he said.

Rodman was asked by reporters Tuesday if he would bring up the cases of Warmbier and three other Americans detained in North Korea. “That’s not my purpose right now,” he said. “My purpose is to go over there and try to see if I can keep bringing sports to North Korea.”

The other Americans held by Pyongyang are Kim Sang Duk and Kim Hak-song, academics who worked at the Pyongyang University of Science and Technology, and businessman named Kim Dong Chul.