HAMPTON, Va. – A police officer and a suspect were shot during an incident at Hampton Town Center in Hampton, Virginia on Monday afternoon.

Police said the incident happened at the Hampton Towne Centre AMC. They said the shooting happened when officers responded to a reported robbery at the GameStop.

Police found three suspects and while they tried to take them into custody, one of the suspects shot an officer, police said. The bullet hit the officer's bullet-proof vest.

One of the officer's returned fire striking the suspect.

The suspect is in serious condition and the officer is in good condition, according to investigators. 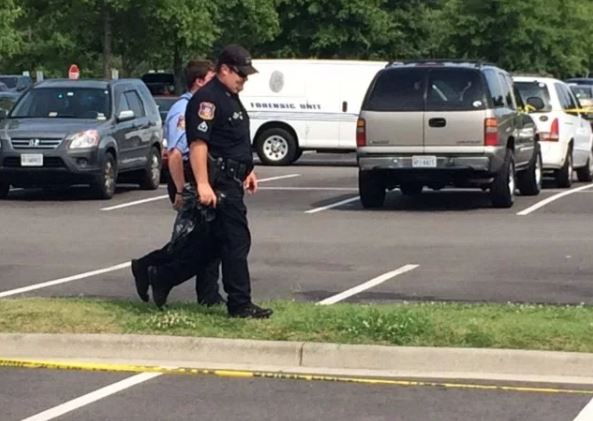 The other suspects were taken into custody for questioning.

"You know you see this on TV on the national news all the time but to hear it actually come over the radio as you're sitting in your office," Hampton Police Sgt. Matt Bond told WTKR,"It's very stressful and taxing and really hits home especially when it's in your backyard like this."

One woman told WTKR she was entering the GameStop to purchase a gift for her grandson who is graduating from kindergarten and one of the suspects told her not to come in the store.

She said he locked the door and she contacted authorities.

She said she knew something didn't seem right.