POWHATAN COUNTY, Va. -- When the Powhatan High School graduating class of 2017 learned that the State Police Special Agent fatally shot in a Richmond housing development on May 26 was a big-hearted county resident, "We knew we had to do something, we had to give back," said student Landon Roberts.

So during practice graduation at Powhatan’s only high school, 331 graduates each brought up a plain manila envelope when they crossed the stage.

They raised $1,400 and counting for Officer Mike Walter's family. 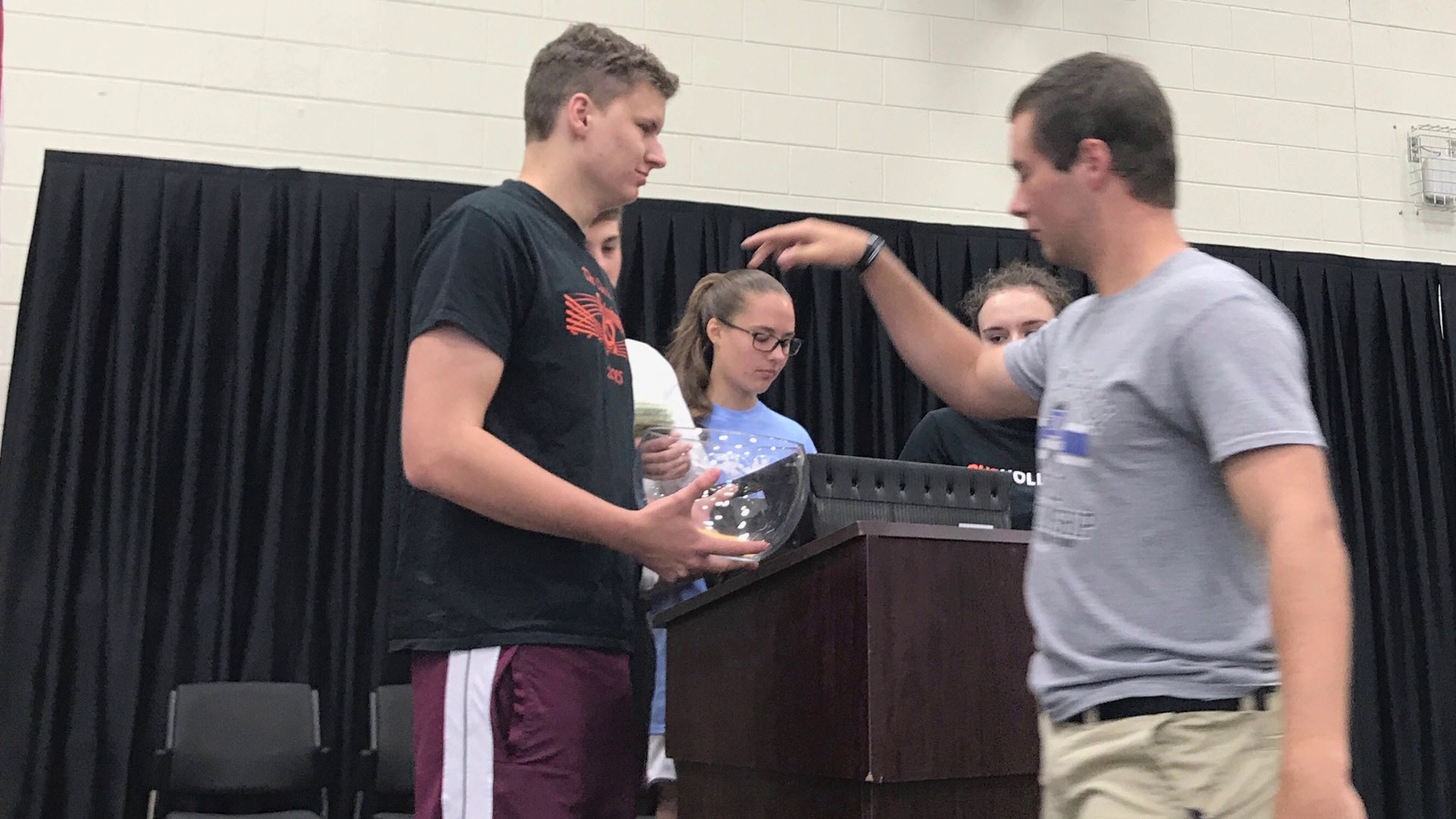 “What a giant to loss in Powhatan, I mean we were all terrified to hear the news.” said senior class president Nathan Salomonsky.

Walter was not only known for his passion for law enforcement but for his role as a coach and mentor to youth. He co-founded and coached the Blackhawk wresting gym in Powhatan.

“As soon as we heard about it we knew we had to do something. He gave so much to our community and we knew we to get right on that and give back to his family, said Roberts.

The students also dug into their senior fund to give $500 "Be Like Mike" scholarships to three of their fellow graduates who best exemplified Walter's character.

That's not all the class did.

Student council members identified three of their fellow graduates who exemplified the spirit of Officer Mike Walter and gave them each a small scholarship.

"We hope that classes in the future we be able to follow in that tradition," Salomonsky said.

“I think it says a lot about the character of the class of 2017 here at PHS, and I think it’s reflective of Powhatan as a whole,” said co-valedictorian Madelyn Lent.

The students feel for the officer's children, who will likely attend Powhatan High School if Walter's widow stays in the area.