Brush fires flare up along Route 288 in Chesterfield

Larry Graham, whose workshop butts up Route 288, was working on his antique tractor when he knew something had happened.

"I hear a lot of sirens, constant,” Graham said. “A tremendous amount of sirens. Police, I don't know how many fire trucks."

Officials said three to four different patches were burning on the northbound side between Route 10 and Courthouse Road. 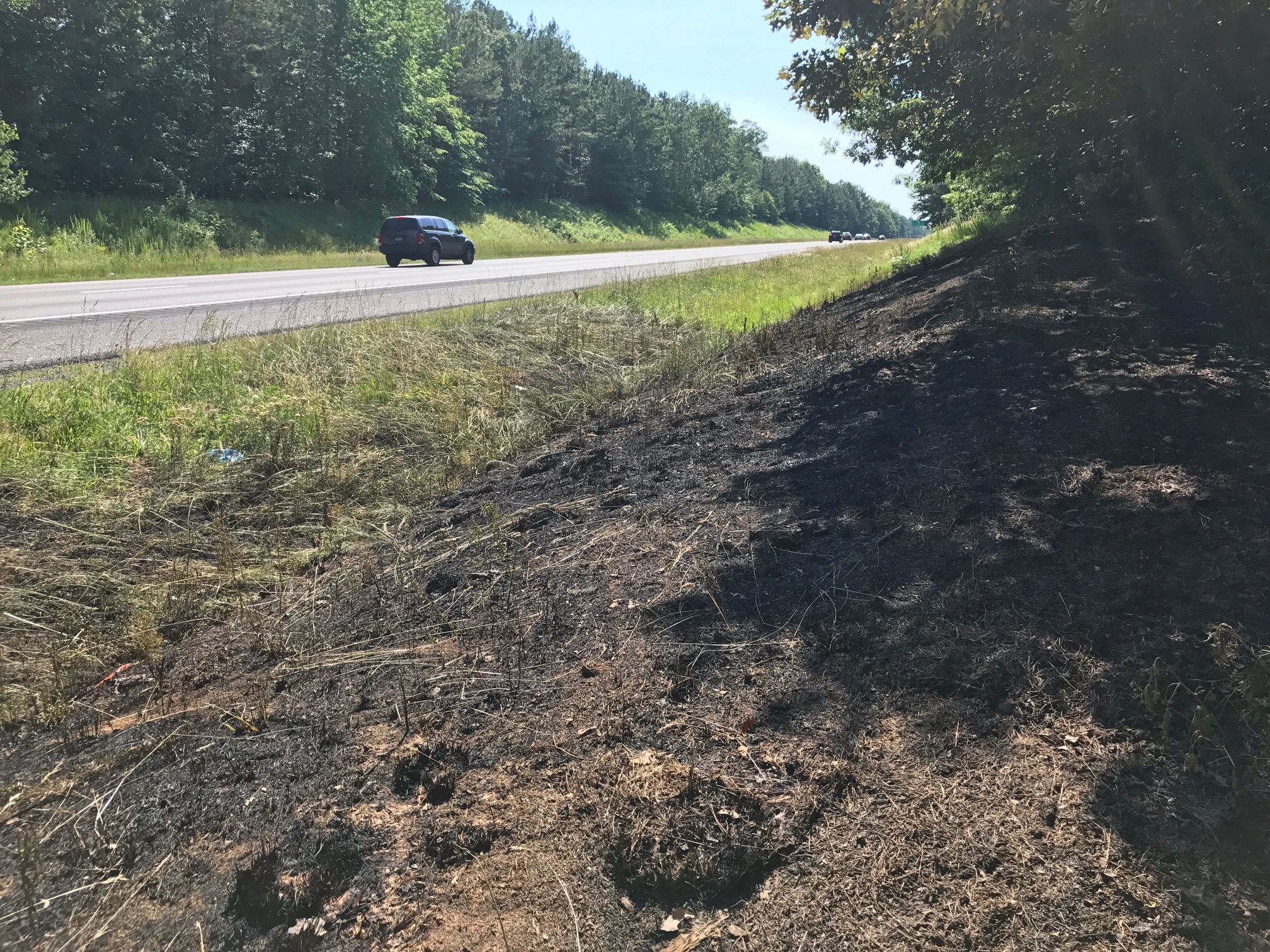 While the cause of the fires is undetermined, officials said they have seen multiple brush fires along the highway in the past sparked by a trailer or something metal being dragged on the pavement.

A little more than 30 minutes after arriving on the scene, crews extinguished the fires.

"There’s a lot of pine lying back there from previous storms,” Graham advised. “If a fire would have gotten up to that, we would have had something major.”