Neighbors worried about children after huge crater appears in alley

RICHMOND, Va. -- People living in Richmond's Highland Park neighborhood leery of a massive sinkhole that opened up in the alley behind their homes are asking the CBS 6 Problem Solvers for help.

Neighbors, who said they spotted the gaping hole about a week ago, are now worried about the safety of people walking their dogs and children riding their bikes. 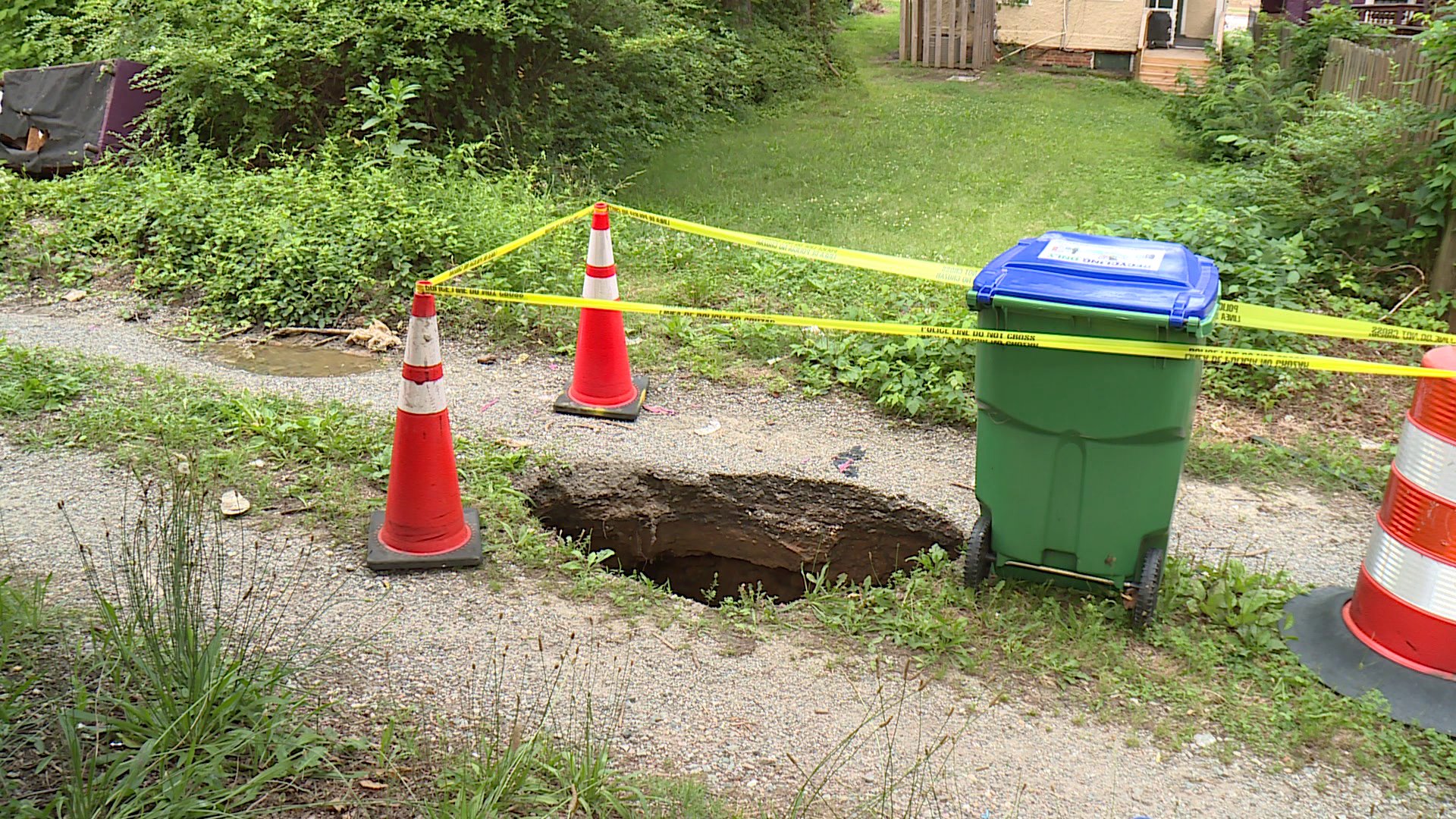 As a result, a neighbor said someone placed a trash can and a discarded toilet in the middle of the alley to deter anyone from trying to drive through and getting stuck.

In fact, neighbors said they watched garbage trucks try to navigate around the sinkhole Wednesday. When they could not, the big trucks, turned around and entered from the other end of the alley.

Neighbors worried about the hole growing bigger and anxious for repairs to be completed, asked the Problem Solvers to find out if the city knew about the sinkhole.

“I expect the city to fill it and fix it,” Bernice Battle-Wiley said. “That hole being there, it's a safety hazard because a lot of people do use the alley. They walk, and of course, they would want to take the fastest way possible and if you're walking through the alley in the dark and you don't see the hole, next thing you know you're in the hospital incurring all these bills.”

Battle-Wiley said she hopes no one gets hurt.

After WTVR CBS 6 reporter Shelby Brown contacted the Department of Public Works Wednesday about the hole, officials said the agency is now working to fix a sewer problem underground.

By Thursday afternoon there were cones, a barrel and yellow caution tape surrounding the sinkhole.

Once the sewer repairs are complete, officials said city crews will repair the hole.