6 hospitalized after tractor trailer crash on I-95 south

PETERSBURG, Va. – Six people have been taken to the hospital after a crash involving a tractor trailer on Interstate 95 south, near I-85 south (mile marker 51) in Petersburg.

“A 2012 Freightliner was traveling nb on I-95 when it was struck in the right front tire by a 2013 Honda Accord, causing the tractor trailer to strike the left barrier wall going over top and into the south bound lanes of I-95,” said State Police Sgt. Stephan Vick. 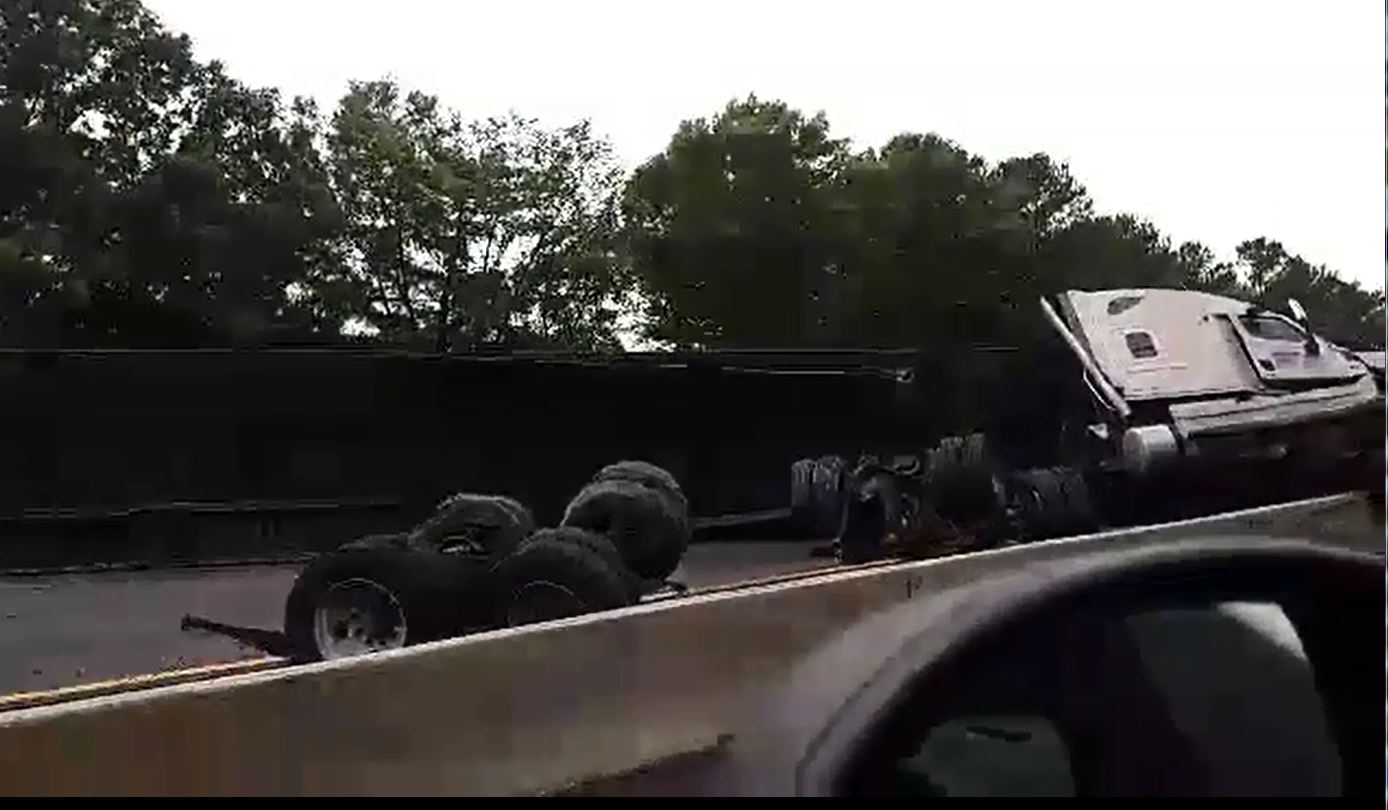 Charges are pending and the crash remains under investigation.

The tractor trailer was hauling 36,000 pounds of watermelons.

All lanes have been reopened and all delays are clear.