POWHATAN COUNTY, Va. – While the flag outside of the Blackhawk Gym in Powhatan County flew at half-staff, members of the Powhatan wrestling community gathered inside the gym that Special Agent Michael Walter co-founded.

The group had a private gathering Tuesday evening to honor and remember “Coach Mike.”

The father of three was a superman to hundreds of children at the Blackhawk Gym.

“Mike very much reinforced the values here all of us parents were trying to teach at home, so he became almost a surrogate father for those hundreds of kids that passed through the wresting,” Rob McMillin, with Blackhawk Wrestling, said.

Later on in the evening, hundreds filled the area outside to continue to honor Walter and share their memories.

“I’ve never met a person with a bigger heart than Mike,” said another Blackhawk Gym member.

Virginia State Police Special Agent Mike Walter was fatally shot in Richmond’s Mosby Court Friday evening. He was partnered with a Richmond Police Officer when they spotted a car parked on the wrong side of the road.

Walter went to the passenger’s side, when police said Travis Ball shot him in the head.

The loss has hit the community hard, but those at the vigil promised to continue to carry on his legacy at Blackhawk Gym and in Powhatan County.

“We have some big shoes to fill; no one can replace Mike Walter here in this community,” said one speaker. 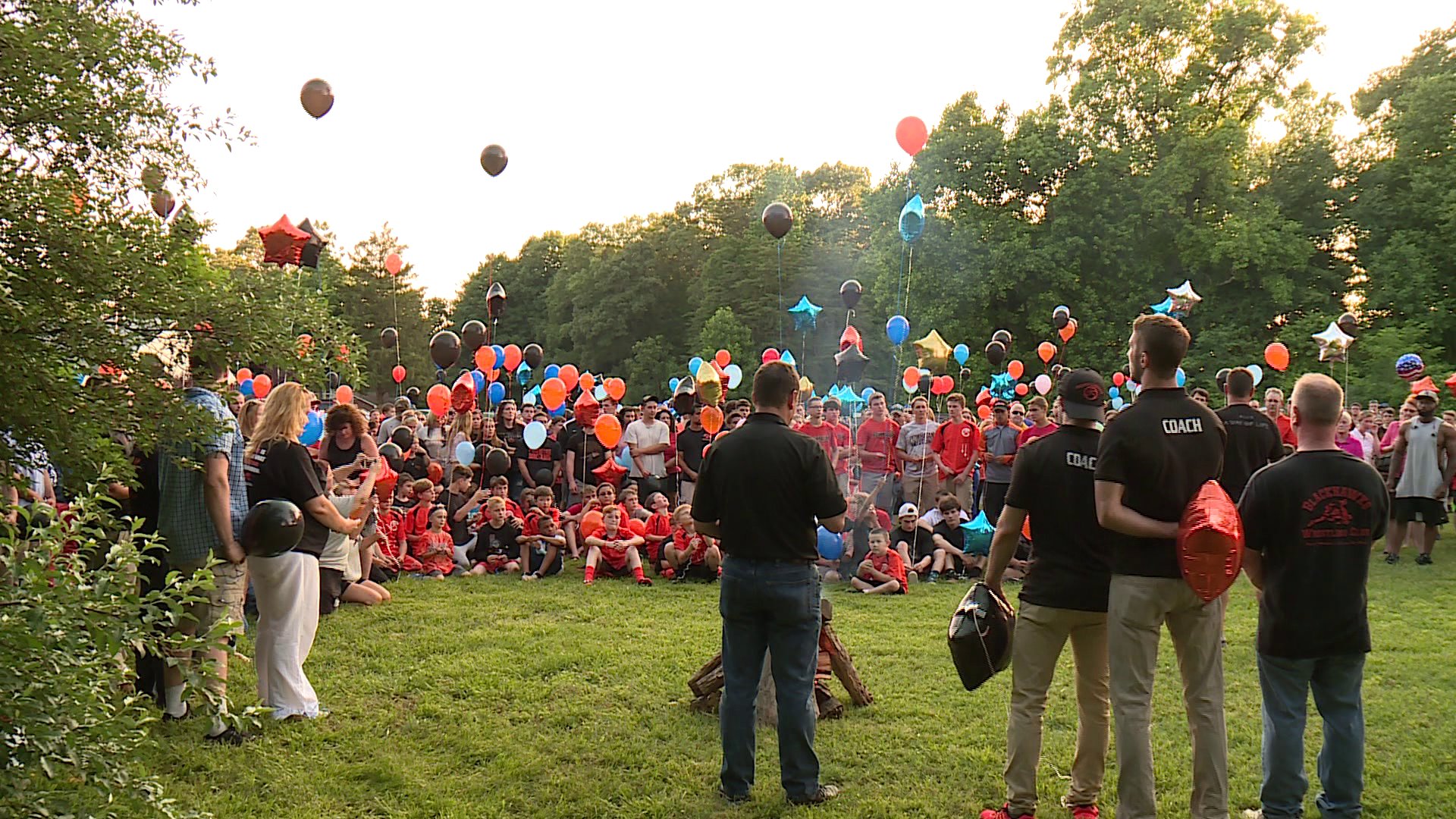 Another vigil for Walter is planned Wednesday, from 6:30 p.m. - 7 p.m., at Virginia State Police headquarters at 7700 Midlothian Turnpike in Chesterfield County.

Participants are allowed to bring flowers and balloons to be left at the memorial.

Walter's visitation and funeral will be held Saturday, June 3, 2017 at Powhatan High School, located in the 1800 block of Judes Ferry Road.

A reception will be held at Powhatan High School, for all those in attendance, immediately following the service.

The burial will be a private graveside service.