Richard Williams said he stopped by to pay his respects to Walter, his family and his brothers and sisters in law enforcement.

Leslie Williams said she was leaving a flag bracelet on his cruiser on Memorial Day as a small token of appreciation.

"Nothing is ever enough but if we can just make it a point to really remember Trooper Walter and his wonderful family today,” Williams.

"We came here to pay tribute to all the amazingness that Special Agent Walker did and to reach out to the family and say we're here, we love you,” Gast said. “Even when all this craziness is over, we're still here and we'll always be here.”

Among the gifts of love and respect left on and around the cruiser were a stuffed animal and homemade card from 7-year-old McKenna Caldwell.

"She went upstairs and she found a Stuffed Animal and a Police Car and she brought it down and she said can we give this to them,” McKenna’s mom said.

Dwight Faniel came for to leave flowers and to pray. 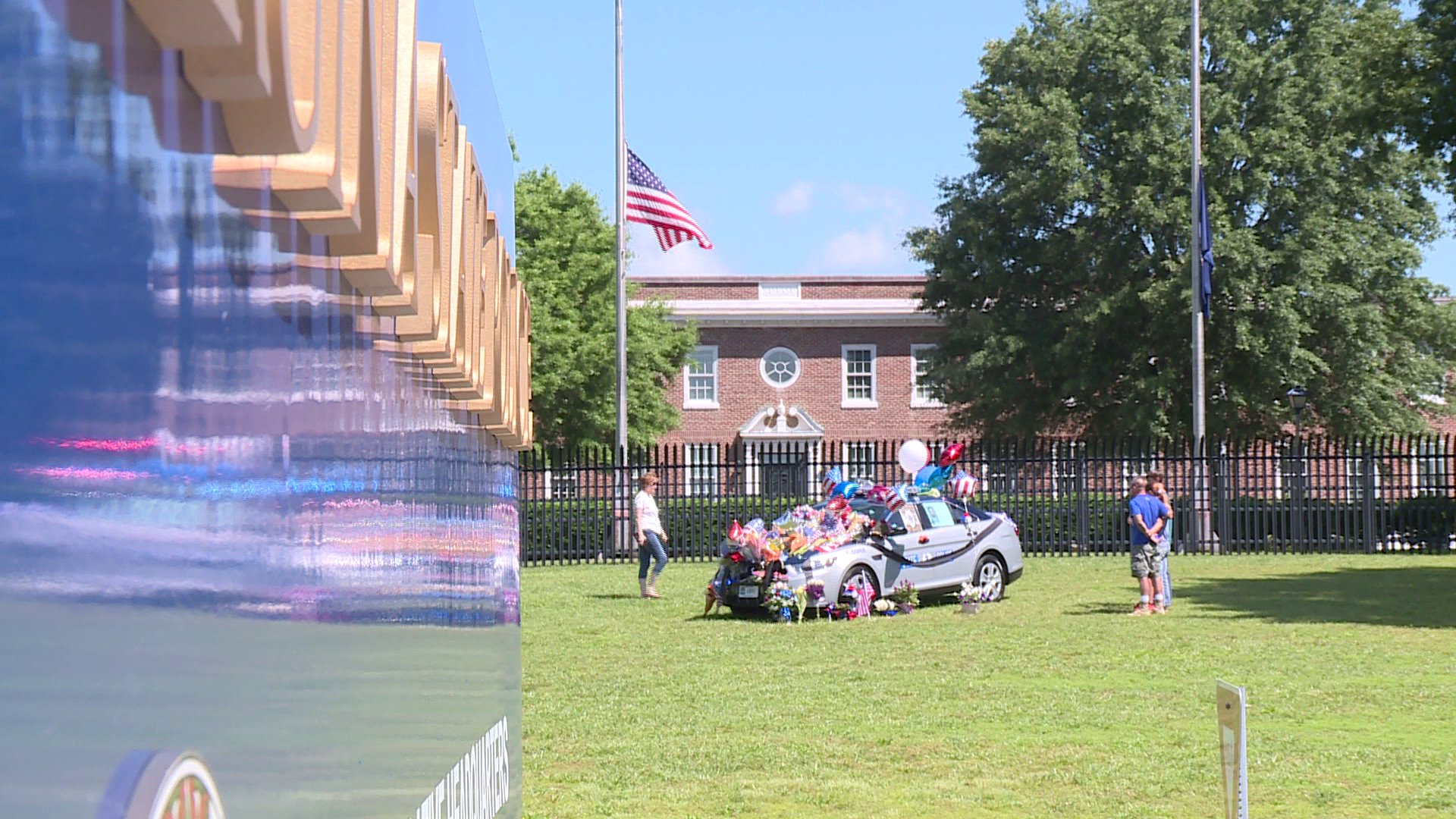 Walter, who served nearly 20 years with Virginia State Police, was fatally shot Friday evening during a traffic stop in Mosby Court. Authorities arrested a 27-year-old man in connection with the shooting Saturday morning in Northumberland County.

Walter is survived by his wife and three children.

All donations to the VSPA-ERF are tax deductible and SA Walter’s family will receive 100% of all contributions.