RICHMOND, Va. -- Just days after Virginia State Police Special Agent Michael Walter was killed in the line of duty, the community and law enforcement agencies from all cross Virginia came together near the area where he was fatally shot in Richmond’s Mosby Court.

“Even though I didn’t know him, I wanted to honor the things that he did for the community,” said 11-year-old Diamond McLain, who lives in Mosby Court.

Those from all over came out for the prayer vigil on Monday evening. 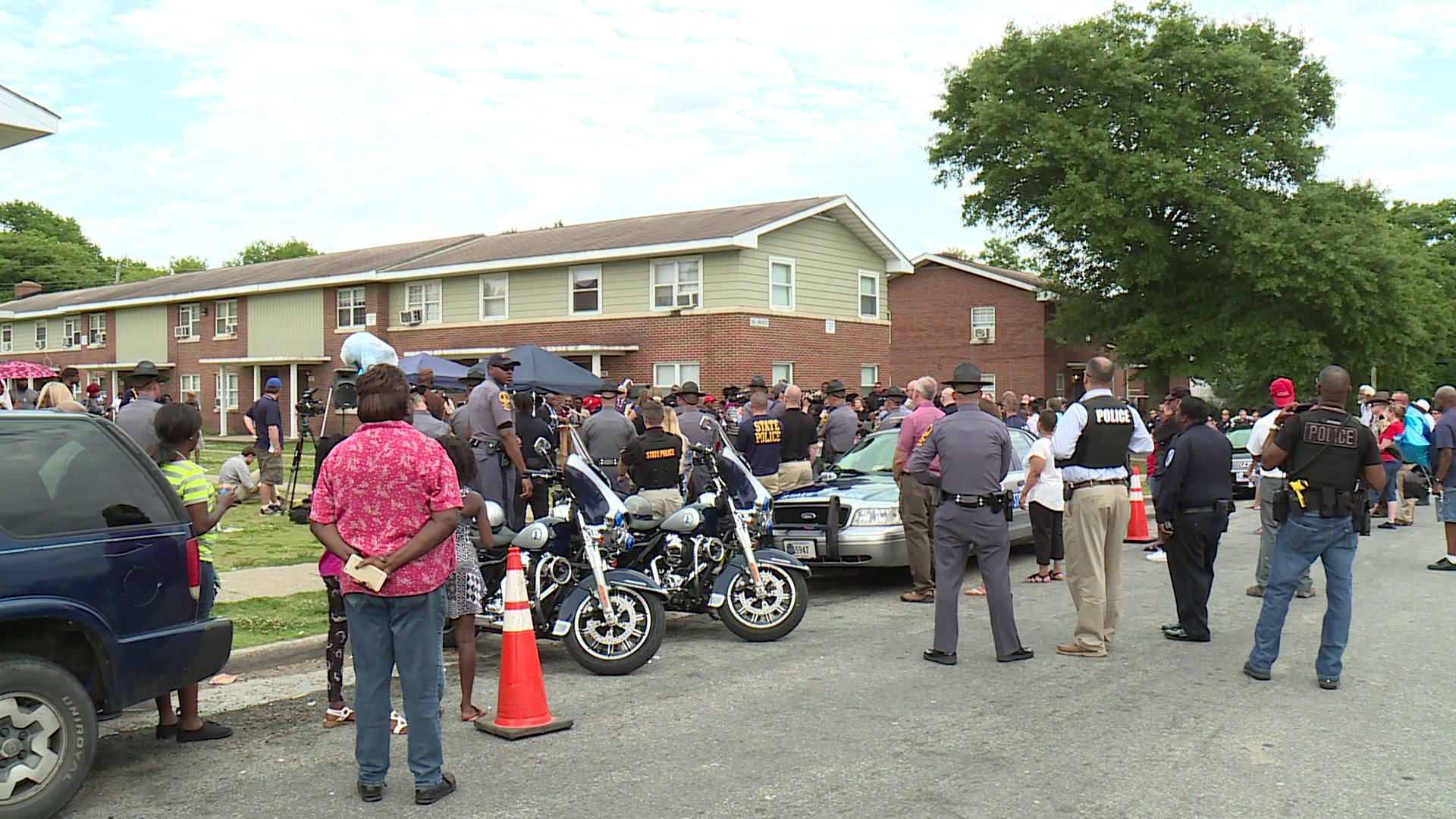 Walter, who served nearly 20 years with Virginia State Police, and a Richmond Police Officer were working together Friday as part of a City and State partnership.

They observed a car parked on the wrong side of the road.

Investigators say Walter went over the passenger’s side, and that’s when police said 27-year-old Travis Ball shot the special agent.

Major Len Terry was assigned at the State Police Academy with Walter for several years.

“The department lost a great man, his wife lost a great husband, his children lost a great father and the community that he lived in lost a valuable, valuable servant,” said Major Terry.

Now, many who live in the Mosby community are demanding this kind of violence to stop.

“This is senseless,” said the President of the Mosby Tenant Council. “This man’s life, he was here trying to help us, and it hurts, it really, really hurts to know that someone came into your community trying to help, and this happened to him.”

Participants of the vigil brought candles as well as blue and black balloons that were released in Walter’s honor.

A reception will be held at Powhatan High School, for all those in attendance, immediately following the service.

The burial will be a private graveside service.

All donations to the VSPA-ERF are tax deductible and SA Walter’s family will receive 100% of all contributions.