Fisherman Terry Selwood, 73, is still trying to wrap his head around how it all happened.

Selwood was fishing off of Evans Head on Australia’s east coast on Saturday when a great white shark suddenly leaped out of the ocean beside him.

“As he was coming down, he hit me on the arm. He knocked me off balance, of course, and I just fell on my hands and knees,” said Selwood. “I looked there to the side and … (thought) ‘this is a bloody shark.'”

Despite being stunned and bloodied, the fisherman reacted quickly.

“He was just doing the mad dance and he was thrashing everywhere, so I got up as quick as I could, I grabbed the rocket launcher up the top, and I climbed up on the gunnel,” Selwood said. Then he called for help on his radio. 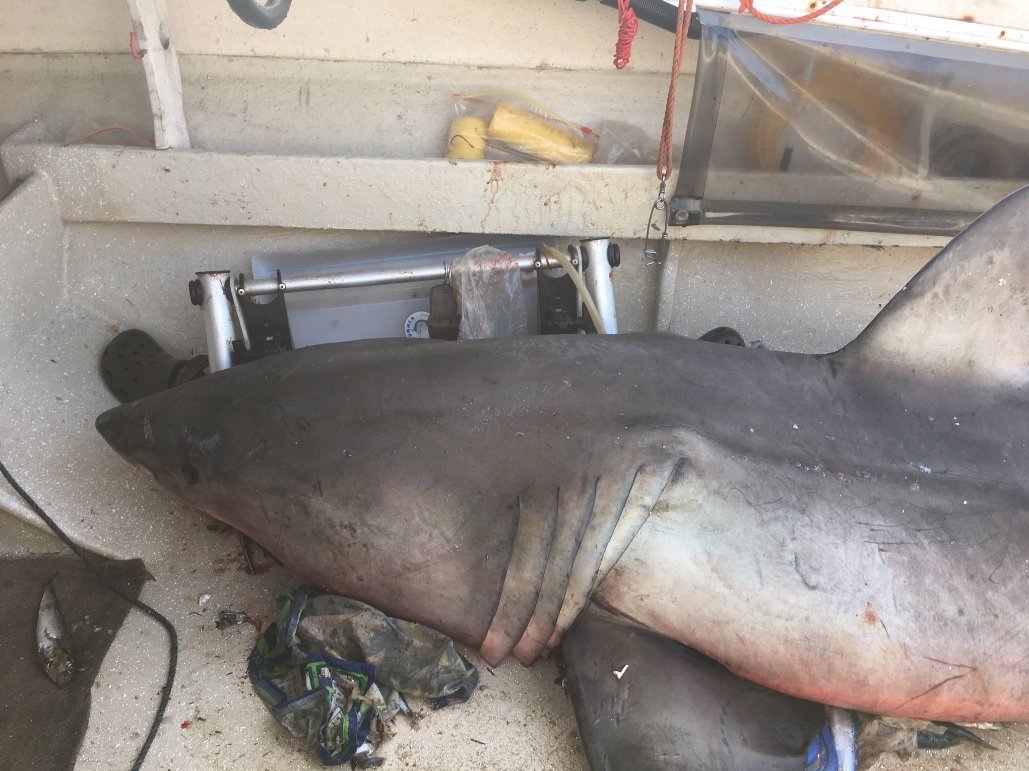 When rescuers arrived, they found Selwood “covered in blood with numerous lacerations on his right forearm,” according to a statement released by the Evans Head Marine Rescue Unit. “A large shark was also found in the cabin of the not so large fishing boat.”

Selwood was then transferred to the rescue boat, where he received treatment for his injuries.

While en route to shore, Selwood told rescuers he was sitting on an ice chest in the center of his boat when the shark jumped out of the water, cleared the boat’s engine and landed on the deck, where it began violently thrashing about.

While trying to get to his feet and as far away from the shark as possible, Selwood “was relentlessly knocked about the deck and cabin, which is where he sustained most of his injuries,” the statement said. Eventually, he managed to climb onto the port-side gunwale of the boat, where he remained while the shark continued to thrash about on the deck.

The shark was later handed over to the Department of Primary Industries where it will be analyzed and used for research. On Monday DPI verified it as a great white shark, according to the statement.

And although he received a few stitches, rescuers joked that Selwood “now has an amazing survival story of ‘the one that didn’t get away.’ ”