Two memorials for the father of three are growing. One is at Virginia State Police headquarters in Midlothian and a second is at the VSP's Powhatan office along Route 60.

That is where Walter's police vehicle is adorned with flowers and signs that read: Thank you, hero.

Walter, who served nearly 20 years with Virginia State Police, was shot and killed on Friday evening during a traffic stop in Mosby Court. Authorities arrested a 27-year-old man in connection with the shooting Saturday morning in Northumberland County.

In addition to a passion for law enforcement, Walter is being remembered as a beloved wrestling coach who co-founded Blackhawk Gym in Powhatan.

Several men who have known him for years through the gym reflected on the impact he has made on the kids he coached.

“Mike lived and breathed energy,” Rob McMillin with Blackhawk Wrestling said. “And passion was certainly part of it, but he also had a bedrock sense of value and character that he displayed throughout his life and also exemplified before the people he was mentoring."

Walter is survived by his a wife and three children.

Officials said funeral plans have not been finalized. 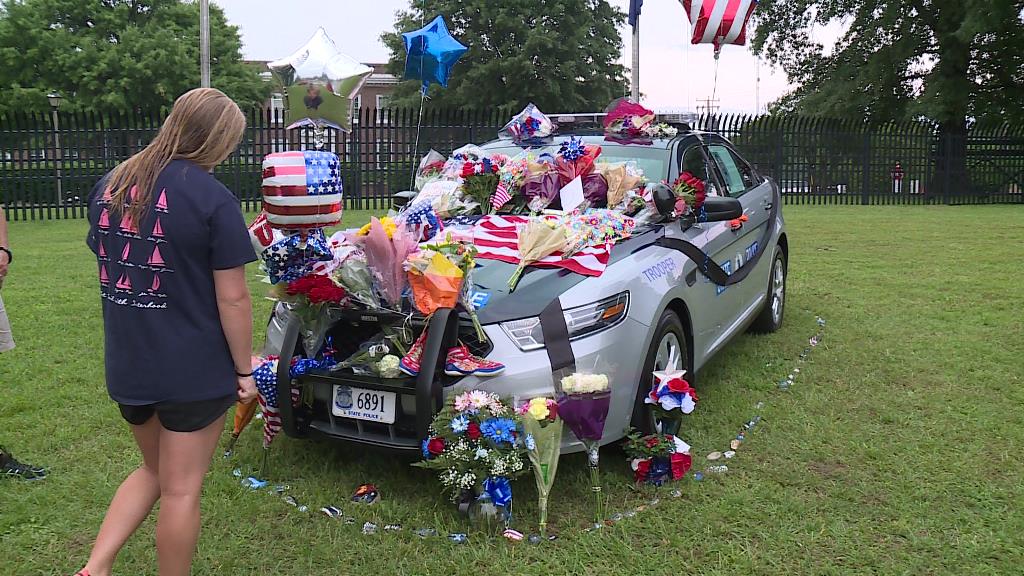