RICHMOND, Va. -- The Virginia State Police special agent fatally shot in Richmond's Mosby Court Friday evening is being remembered as a loving father of three who was passionate about criminal justice and founded a wrestling club to help disadvantaged children.

Walter was transported to VCU Medical Center where he succumbed to his injuries just after 5 a.m. Saturday.

Walter, who lives in Powhatan County, is survived by his wife, Jaime, and two sons and a daughter, ages 14, 9 and 6.

“Mike is well-known not only for his passion for criminal justice, but also for his commitment and passion to bettering the lives of local youth,” Col. Steven Flaherty, Virginia State Police Superintendent, said during a news conference in Mosby Court Saturday. “Mike founded and ran a non-profit organization, the Powhatan Youth Wrestling and Community Development Corporation, through the Black Hawk gym. For him and Jamie, this wasn’t about making a profit. It was about making a difference for disadvantaged youth by mentoring them and fostering their talents through physical fitness and sportsmanship.”

Officials with the group Walter founded released the following statement:

"Blackhawk Wrestling" is shocked and saddened by the tragic murder of our Founder and President, Virginia State Police Special Agent Michael T. Walter. Coach Mike founded our organization in 2008 and has passionately built our club to the organization we are today. His passion for wrestling and unique networking ability stretched throughout the Virginia wrestling community and beyond. Coach Mike ensured that our organization stayed focused on not only wrestling as a sport but our more important goal of developing our members into solid citizens. He demanded a high standard of character, integrity, and personally encouraged and modeled for the youth in the community and the Blackhawk wrestlers the importance of making the right choices in life. Coach Mike measured our successes not just by wins and losses in the wrestling room, but by how many children and young adults were helped regardless of their past or their socio-economic status. As an organization we will continue Coach Mike's legacy and outreach to the community. -- Powhatan Youth Wrestling and Community Development Corporation Secretary Jerry Hoyt

"Our most sincere condolences go to Special Agent Mike Walters' family today," read a post on the Powhatan County Facebook page posted at 1:45 p.m. "Mike was unselfishly dedicated to the Powhatan community through his outreach programs at Blackhawk Gym. Our thoughts and prayers are with Mike's family, friends and all the officers he served side by side with everyday."

Our thoughts and prayers go out to the family of Agent Mike Walters. We will miss him as a parent and mentor at Pocahontas Middle school. https://t.co/T6t9LPtIqx

Officials at Pocahontas Middle School said Walter will be missed as a parent and mentor.

"Our thoughts and prayers go out to the family," school officials tweeted.

Mike Walter was important mentor for many Powhatan students. Prayers for his family. We will have counselors available in schools Tuesday. https://t.co/dnNJKcwgb1

Mornacan Wrestling posted on Twitter that the wrestling community had lost a great advocate.

Walter, who was born in Philadelphia and graduated Schalick High School in Elmer, N.J., was a decorated Marine veteran who also worked as a security officer at MCV Hospital and then served two years as an officer with Virginia Division of Capitol Police before joining Virginia State Police in 1998.

"Walter transferred to the Richmond Division’s Area 6 Office in Powhatan in 2005," state police said in a news release. "A year later he joined the State Police Academy staff as an instructor with the Department’s Canine Unit. In 2010, he was promoted to the rank of Special Agent and has been assigned ever since to the Bureau of Criminal Investigation’s Richmond Field Office Drug Enforcement Section." 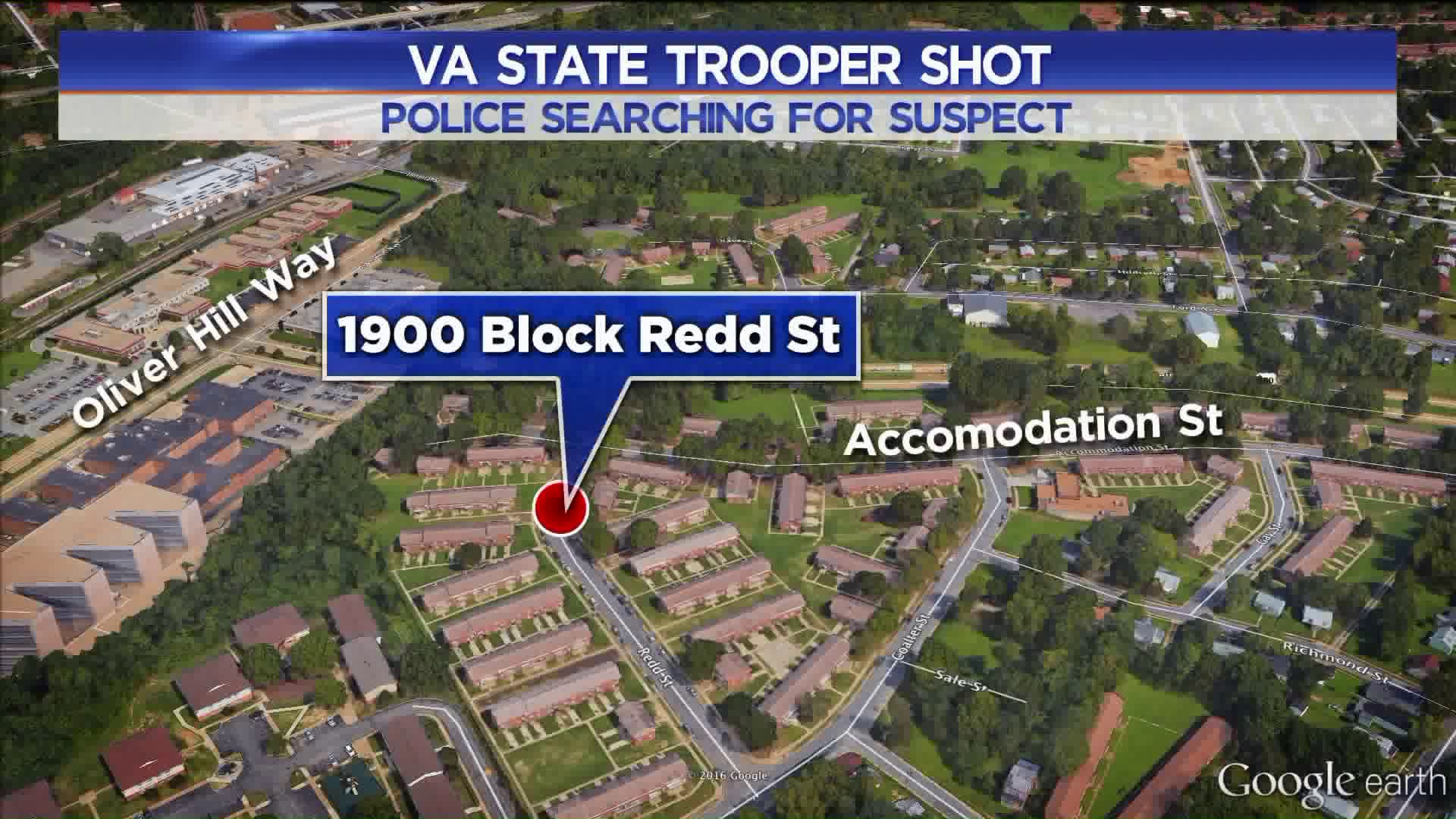 Officials said the shooting happened while Special Agent Walter was riding with a Richmond officer as part of the ongoing partnership between the two agencies.

"At approximately 7:25 p.m., the Richmond Police Officer and Special Agent Walter observed a silver Chevrolet Cobalt pull up to the curb in the 1900 block of Redd Street," officials said. "The officer and special agent pulled in behind the Cobalt and walked up to the car to initiate a conversation as part of a consensual encounter. As the Richmond Police Officer was talking with the driver, Special Agent Walter approached the passenger side where Ball was seated. Within moments, a single shot rang out and Ball was running from the car on foot."

The Richmond officer, who was not injured, called for medical assistance and ran to Walter’s aid, state police said.

The driver of the car, who remained at the scene, was detained by Richmond Police.

A handgun was recovered, officials said, but it is unclear if that weapon was used in the shooting.

The suspect in the shooting, 27-year-old Travis Ball of Mosby Court, was arrested without incident by Virginia State Police and U.S. Marshals at a home in Healthsville in Northumberland County Saturday morning.

Ball was charged with one count of malicious wounding, use of a firearm in the commission of a felony and possession of a firearm by a convicted felon, but officials said other charges are pending. He is being held without bond.

Officials said the investigation, which is being handled by the Virginia State Police Bureau of Criminal Investigation’s (BCI) Culpeper Field Office, is ongoing.

Depend on WTVR.com and CBS 6 News for complete coverage of this important local story.