STAFFORD COUNTY, Va. – Stafford County high school students got a big surprise when they opened their yearbooks this year and saw a photo of their four-legged classmate.

"Seeing a picture of a dog caught my eye pretty quickly," Diana Bloom told Buzzfeed News. "I thought it was so cute.”

The 16-year-old junior has Type 1 diabetes and Alpha helps alert him when his blood sugar is getting too low or high.

"He has saved my life multiple times already, by waking me up in the middle of the night to extremely low blood sugars, which are very dangerous," Schalk said.

The Labrador retriever has been going to school with Schalk for the last year and has been a big hit among classmates. 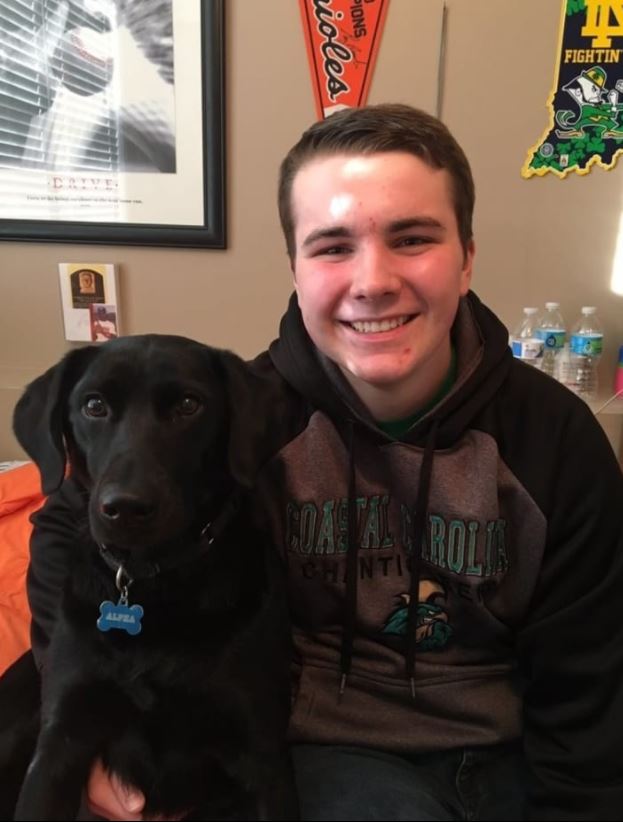 "He has been a great companion and added a lot of happiness to my school's environment," Schalk said.

The student said he approached the school yearbook about including Alpha and they were “100 percent behind it.”

"The only thing they changed was the camera height. They just had to lower it a little haha," he wrote.

Schalk was even able to get Alpha his own school ID.

Alpha’s inclusion has been an instant sensation with students like Bloom who tweeted “they put his service dog in the yearbook I’m CRYING.”

Her tweet has since gone viral and been retweeted over 8,000 times.

Here are some of the best reactions to the adorable yearbook photo:

they put his service dog in the yearbook i'm CRYING pic.twitter.com/yU47kpKnwA

This is the best thing ever 😭❤ https://t.co/gWmQEKodrf

This is the purest thing to ever exist pic.twitter.com/0JiBcYjZbt