CHESTERFIELD COUNTY, Va. -- Police are asking for the public's help to identify three suspects wanted in connection with a series of thefts from vehicles in a Chesterfield subdivision.

Police were called to the 2700 block of Amherst Ridge Loop for reported larcenies from a vehicle around 2 a.m. Tuesday.

Officers responded to investigate, and one officer stopped at the entrance of the neighborhood to observe traffic, when police said a white, four-door sedan approached.

The officer was not hurt.

Crime Insider sources say once the car got on Route 301, the driver turned off his lights and started speeding, at times over 100 miles per hour.

"20 or so different cars were rummaged through,” said Tom Hall, who lives nearby. “That's a lot. And the suspect’s car had out-of-state tags."

Hall left about $75 in the glove compartment of his truck, money that was swiped along with his sense of security at his Amherst Ridge Loop home.

He said he caught the suspects in the act and when he gave chase on his motorbike, he says the suspects pulled into a cul-de-sac and stared at him.

"It didn't look right, because the lights were on in the inside and then they drove away so no one could see,” Hall said.

By that time, Hall says the neighborhood was flooded with police. He witnessed one officer stop the suspect’s car.

"He asked for the ID's and the guy was nervous, and actually popped the trunk," Hall said. 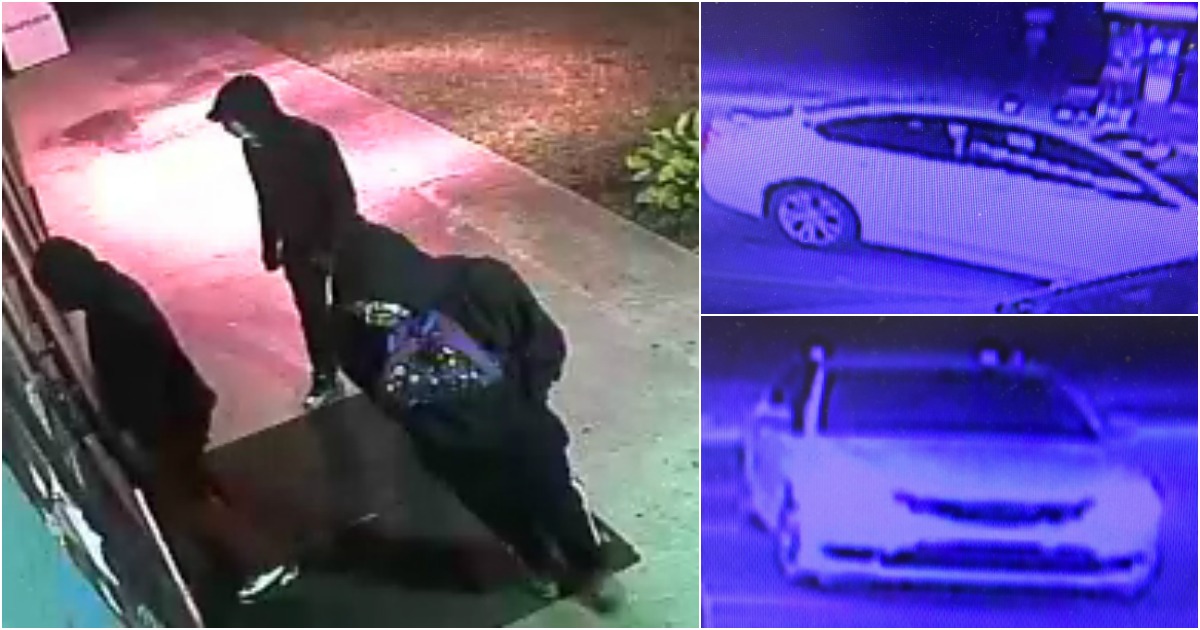 Credit cards stolen during the larcenies were used at a convenience store in Petersburg, officials said. Images from surveillance cameras show the suspect's vehicle and an adult male believed to be the driver.

Police also said the trio match the description of three suspects who tried to break into the Marketplace at 16025 Harrowgate Road at about 1:50 a.m. Tuesday. Surveillance cameras at that business also captured images of the suspects.

Crime Insider sources believe the suspects are local but may have been driving a rental car.