LYNCHBURG, Va. -- In his first commencement speech as president, Donald Trump encouraged graduating seniors at Liberty University to draw lessons from his example as a political outsider, telling them to embrace being criticized at the end of a week during which he very much was.

Speaking before what the Christian university estimated were 50,000 graduates, Trump cast criticisms of his actions as a sign that he was doing honorable work in remarks that touched upon religion but were not particularly imbued with religious overtones.

"You aren't going to let other people tell you what you believe, especially when you know that you're right," the President told the crowd, to intermittent applause. "We don't need a lecture from Washington on how to lead our lives."

Trump appeared in good spirits at the end of a tumultuous week in which he fired FBI Director James Comey, leaving his close aides and surrogates to try to deal with the political fallout. In lengthy remarks, he ribbed the school's president, Jerry Falwell Jr., and at one point offered game-by-game commentary on Liberty's upcoming football season, their first in a more competitive college conference, the National Collegiate Athletic Association's Football Bowl Subdivision of independent schools.

Relish the opp to be an outsider. Embrace that label- b/c it’s the outsiders who change the world, and who make a real & lasting difference!

Trump did not comment directly on the week's news in his remarks in Lynchburg, Virginia, but his speech inveighed against the forces that he has long described as out to harm him in politics. He urged graduates to "embrace the label" of being an outsider and to not "swim downstream so easily with the current." 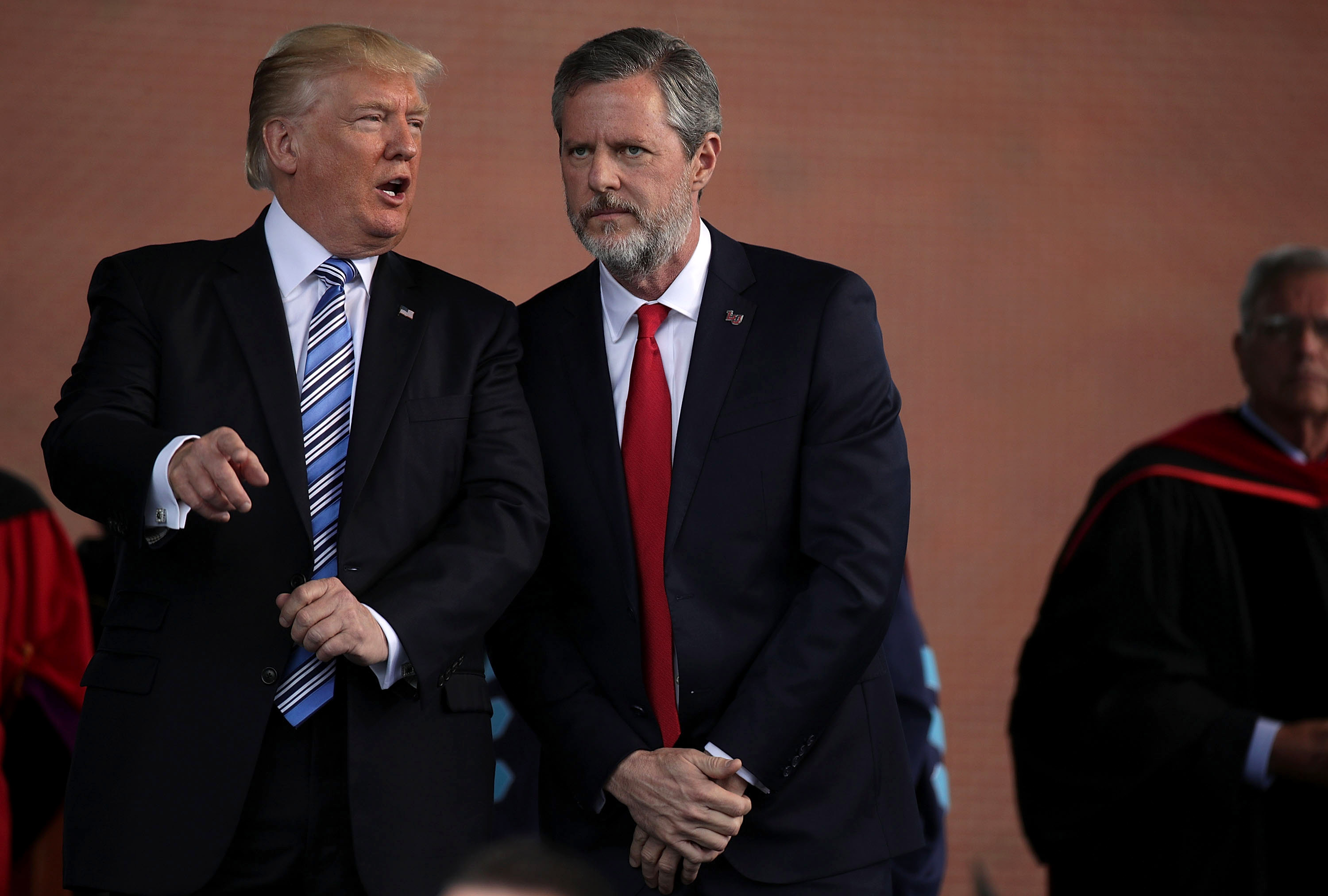 "No one has ever achieved anything significant without a chorus of critics standing on the sideline saying why it can't be done," Trump said. "Nothing is easier or more pathetic than being a critic."

"Be totally unafraid to challenge entrenched interests and failed power structures," he said, adding with a smile: "Does that sound familiar, by the way?"