A lost love letter finds its recipient after 72 years

Allen Cook and his daughter Melissa were renovating her house in Westfield, New Jersey when they found a crack in one of the ceilings. They discovered a letter. Three pages and envelope.It was written in 1945 by a woman whose husband was serving overseas.

Allen Cook and his daughter Melissa were renovating her house in Westfield, New Jersey, this week when they found a crack in one of the ceilings. What they discovered within turned out to be part of a beautiful, heartwarming love story.

“The envelope was old and yellow. It has never been opened. It was unbelievable when my son-in-law started reading it. In the letter she was talking about the baby she was going to have,” Allen Cook told CNN.

The story — which could be straight out of a great movie plot about love and its mysterious ways — begins in 1945.

Dated May 4 of that year, the typed letter was written by a woman named Virginia to her husband, Rolf Christoffersen. At the time, he was a sailor in the Norwegian navy.

The envelope was marked “return to sender” and never found its way to her husband — until this week. Allen’s daughter used the Internet to find the phone number of someone named Rolf Christoffersen and gave him a call, leading her to his son in Santa Barbara, California. 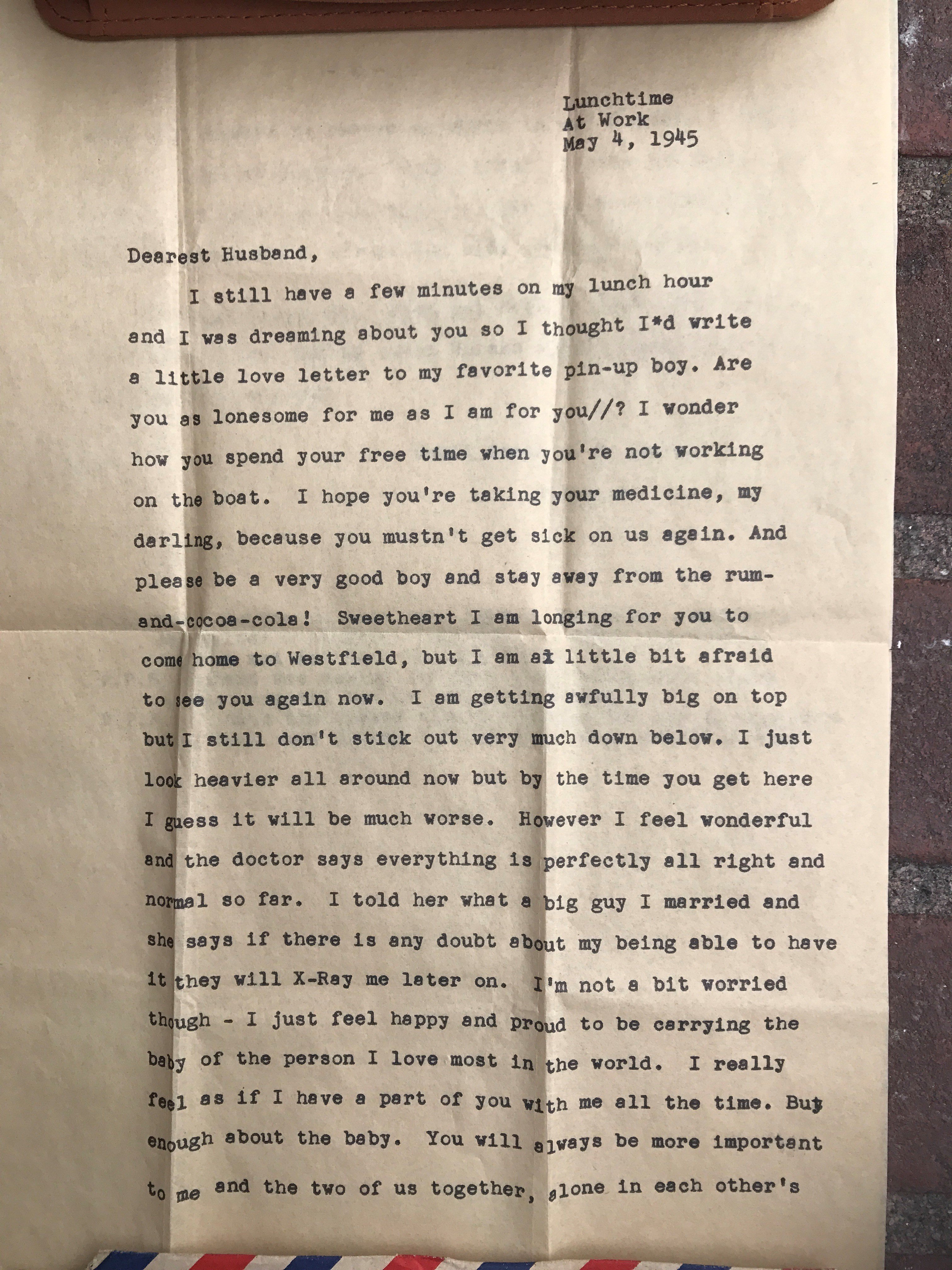 “Someone called me at my office. They just Googled my name because I have the same name as my father. Melissa asked me where I grew up and I told her. She told me she had the letter. This is how I found out,” Christoffersen’s son, 66, told CNN.

The younger Christoffersen wasn’t yet born when his mother Virginia wrote the letter, but he says her words are very special to him. His mother, who died six years ago this week, wrote about her love for her husband.

“I love you Rolf, as I love the warm sun, and that is what you are for my life, the sun about which everything else revolves for me,” she wrote.

Seventy-two years later, her words were finally heard by her husband. Christoffersen immediately called his father, who is now 96 and also lives in California, and read the letter to him over the phone.

“I was so surprised after all these years. I was very happy to find out that a letter like that existed. I am very still very emotional,” the elder Christoffersen told CNN.

The long-lost letter is believed to have fallen through a crack in the upstairs floor of the house, where the Christoffersens used to live. Finally received just before Mother’s Day, it is now another tangible connection to Virginia Christoffersen.

“It’s Mother’s Day and reading her words reminded me just what a wonderful person she was and how much she loved us,” her son said, through tears.