PRINCE GEORGE, Va. -- Police are asking for the public’s help to identify a man wanted for stealing a cash register while robbing a Dollar General store in Prince George County.

Investigators said the robbery occurred on the morning of Friday, May 5 at the store located in the 2600 block of Courtland Road.

The suspect, wearing a black bandanna covering his face, entered the store around 9:42 a.m., according to police. They said the male suspect brandished a firearm and demanded money from a patron in the store who he thought was an employee. 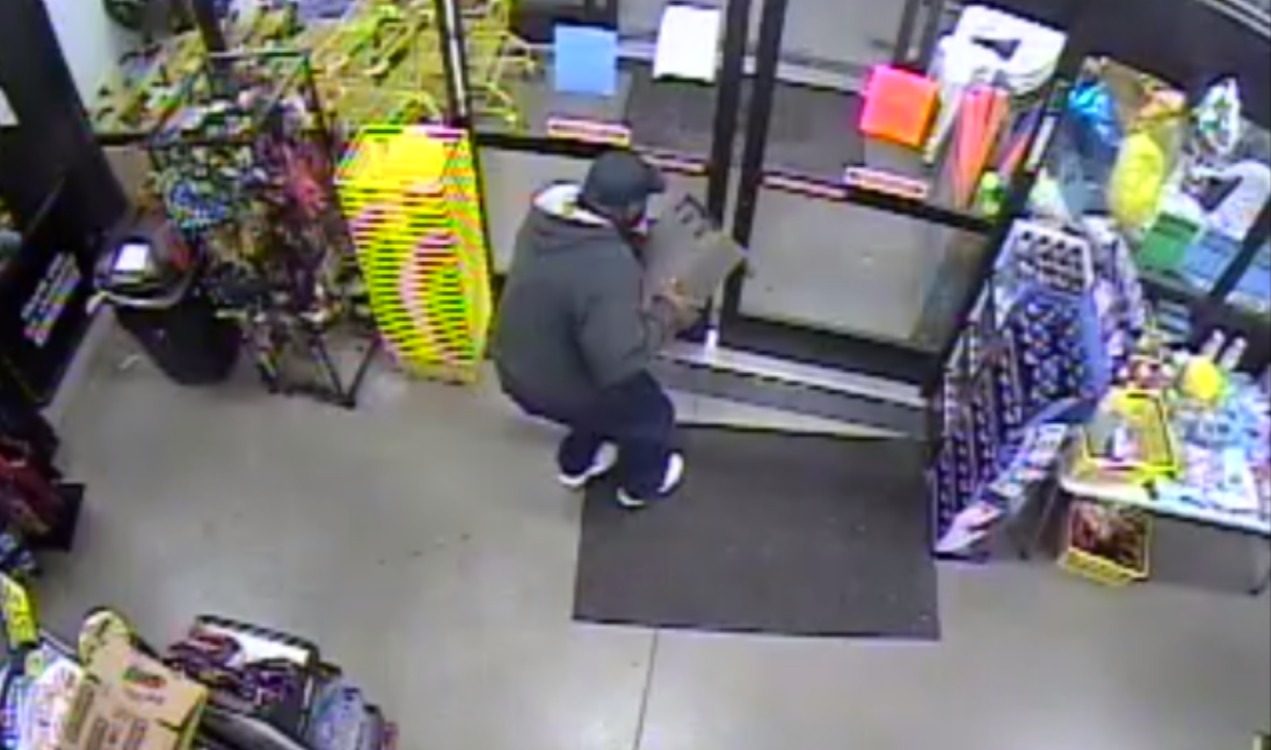 The man stole the entire cash register from the store and fled the scene on foot.

Investigators said evidence from the robbery was recovered later, approximately 11 miles from the Dollar General store, on Rt. 35 in Sussex County. Police did not specify what the evidence was.

The suspect is described as a black male, approximately 5’9” tall, wearing blue jeans, a grey hooded sweatshirt, and wearing a black bandanna covering his face.

Anyone with information about this crime, or any other crime in Prince George County, is encouraged to contact the Prince George County Police Department at (804) 733-2773 or Crime Solvers at (804)-733-2777. You can also text-a-tip anonymously - simply add “274637 (CRIMES)” to your Contacts list on your cellular phone and then text “igotcha” along with your message/tip.