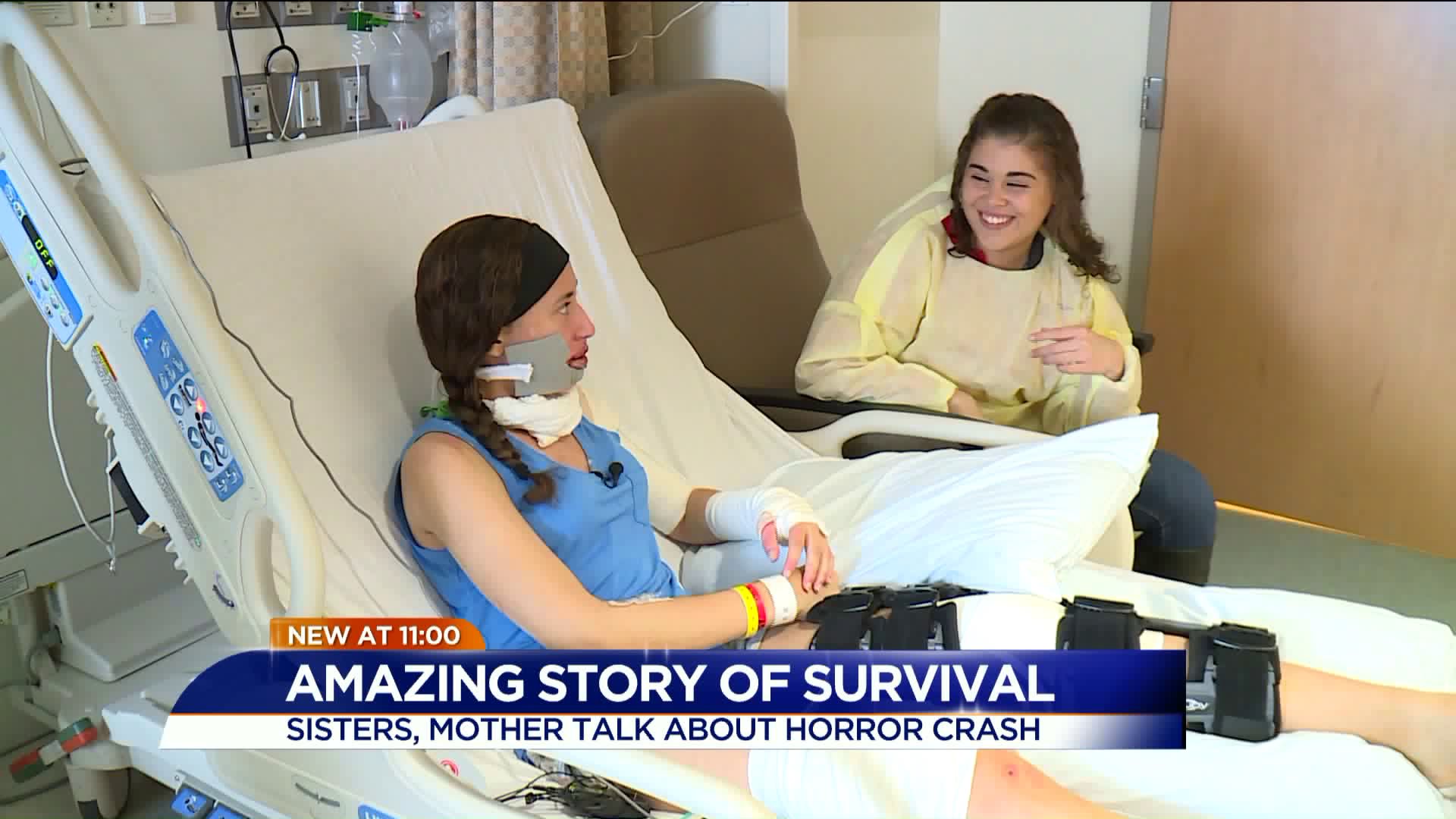 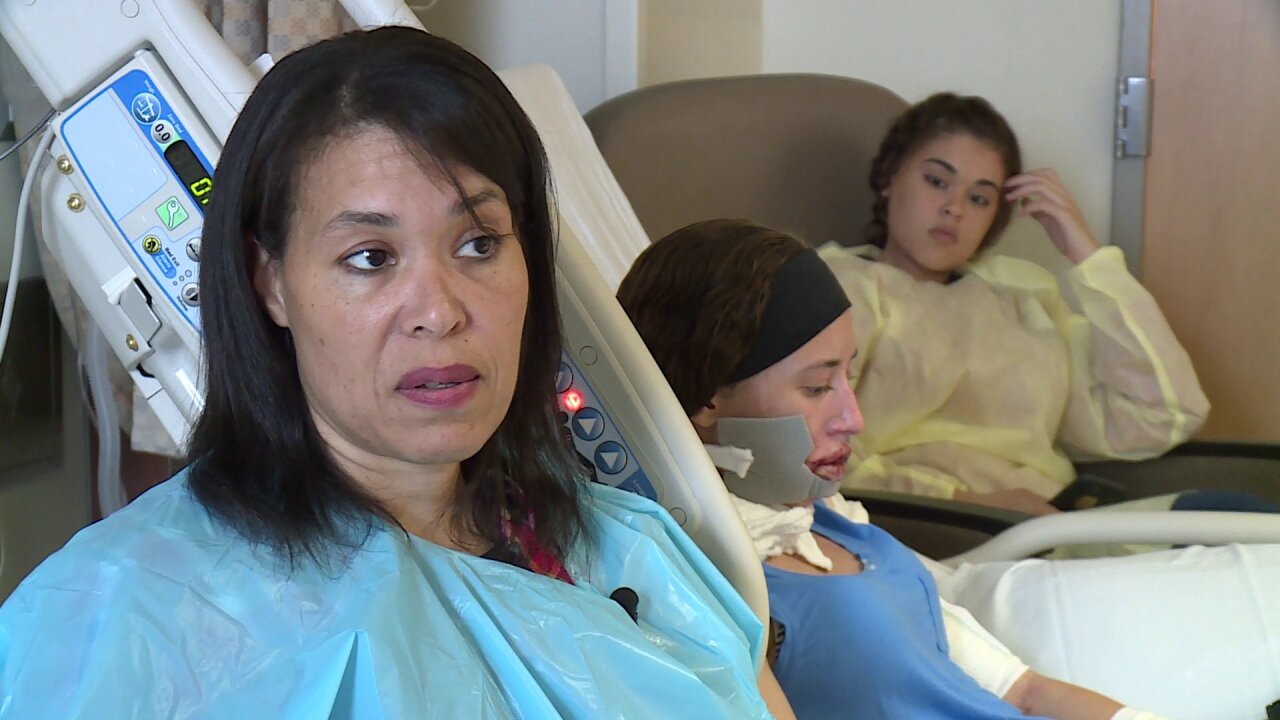 RICHMOND, Va. -- Two sisters were just a few miles from home when a tractor trailer sideswiped their car as they traveled east on Interstate 64 in Goochland, changing their lives forever.

It was a cloudy afternoon on March 30 when 21-year-old Malina and her younger, 20-year-old sister Maya were traveling home for the weekend from Radford University. They are both studying health promotion and education and hope to go into the healthcare field.

The tractor trailer truck moved into their lane, and Malina jerked the wheel to get out of its way.

"There was like an embankment- a little hill- I just remember hitting that and that's all I remember,” she said.

The tractor trailer never stopped, and the family said the driver probably was unaware of the tragedy they set in motion.

Dona Richardson was on the phone with them, driving down the road with her 15-year-old daughter Alycia, at the time of the accident.  Alycia called 911 as Dona tried frantically to talk to the girls.

Dona Richardson and her two daughters.

For Dona, the silence was the scariest.

"To hear your child scream, you're like okay, I’ve got something,” Dona said. “To hear them gurgling -- you know they're fighting to stay alive, but then to hear deafening silence- it's a feeling no parent should have…”.

The impact threw Maya into the back seat and Malina out the back window.

Maya said she ran around the car, screaming for help. She found Malina lying under the car, with hot oil dripping on her face.

"If it weren't for Maya, I probably wouldn't be able to see or be here right now,” Malina said, “because she pulled me from underneath the car and saved me and she wiped the oil off from around my eyes."

Malina was rushed to VCU Medical Center, with critical burns, multiple fractures and internal injuries.  In addition to the second and third-degree burns, she suffered a punctured lung, a fractured left cheek, and three fractured ribs. There was also abdominal bleeding and other injuries.

Malina Richardson will graduate on May 6.

Her family was told by one of the trauma doctors to be prepared for anything.

It took weeks of surgeries and excruciating treatments, but Malina surprised doctors with her progress.

"Miracles have happened - you know - God is so good,” Dona said.

The family believes in miracles, especially the ones that occurred in the seconds during and following their tragic accident.

Driver's side of car that sisters traveled in that went airborne.

That fateful day, Maya said she remembers that she unclicked their seatbelts as they were airborne.

Witnesses said the car was catapulted as high as the tree line after it crashed into the embankment.

The driver’s side door of the four-door Chevy Cavalier was crushed on impact. Because Maya unclicked the seatbelts, the sisters were thrown into the back. They believe Malina would have been crushed otherwise.

And somehow, Maya, who only broke a toe, was able to lift the car off her sister. She dabbed the hot oil of her face, and doctors said, prevented worse burns.

Malina was just released from the hospital, after a month of intense care.

Saturday morning, May 6, at 6:30 a.m., Eddie Ferguson and the rescue team that responded to the accident on March 30 will pick Malina up at her home and take her to Radford University, so she can get her diploma with her class.

Maya Richardson and her sister leave the hospital.