"At first it was a little shocking," he shared with WTKR reporter Todd Corillo.  "When I got here they were like 'hey, you’re getting Pusko. He’s like this little tiny narcotics dog.'"

Pusko is a 16-pound Jagdterrier mixed with Belgian Malinois. At two-years-old, he's considered fully-grown, which makes him less than a quarter the size of traditional Military Working Dogs.

What he may lack in size, Pusko more than makes up for with energy and a desire to work.

"Anytime he’s out and about he’s just going, going, going fast. Jumping on everything. He just loves to work. That’s him everyday. It’s just like a little toddler running around going crazy all the time," handler MA2 Japec told News 3's Todd Corillo with a laugh. 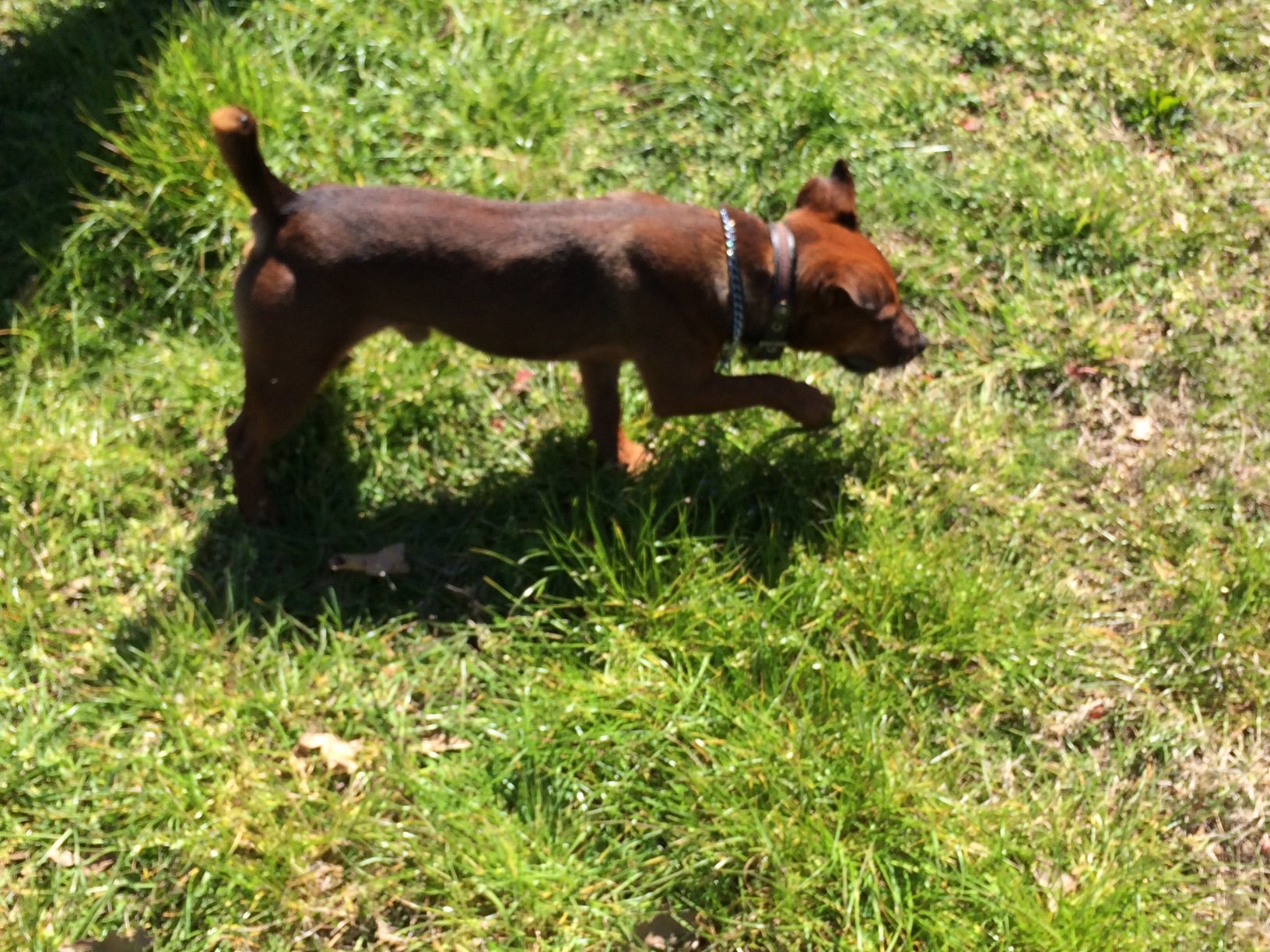 Pusko is the only small-breed Military Working Dog at Naval Station Norfolk.

His petite size gives him some distinct advantages in his line of work.

"He’s really good for getting on ships and submarines. The ladder wells go straight down and most of the time with the larger dog you’re trying to figure out how are we going to get him or her down this ladder that’s like going straight down. With [Pusko] you can just pick him up and carry him down a lot more safer and easier," MA2 Japec said.

Once on-board a vessel, Pusko also has a much easier time making his way into small, confined spaces such as berthing areas where a larger dog can't fit.

As they patrol the world's largest Navy base together, Pusko and MA2 Japec understandably turn a lot of heads.

Yet, with plenty of energy and a strong desire to work, Pusko is quickly establishing himself as just another member of the team.