Perry’s determined attitude caught the attention of one McDonald’s customer who surprised him with a new bicycle to ride to and from work.

“We have a lot of avid bike riders at Channel 6 and I started talking to some people like Molly’s Bicycle Shop and we want to make sure that you’re absolutely, 100 percent protected when you’re on the road,” CBS 6 Senior Reporter Wayne Covil told Perry.

Wayne, with the help of Union Bank and Trust, surprised Perry with some new accessories to help make his commute as safe as possible.

Perry was surprised with a brand new helmet, a mirror, front and rear flashing lights, and a year’s worth of batteries from Battery barn in Petersburg.

“I’m going to check your bike over now and in about a month or so after riding it, bring it in and we’re going to tune it up again,” he told Perry. 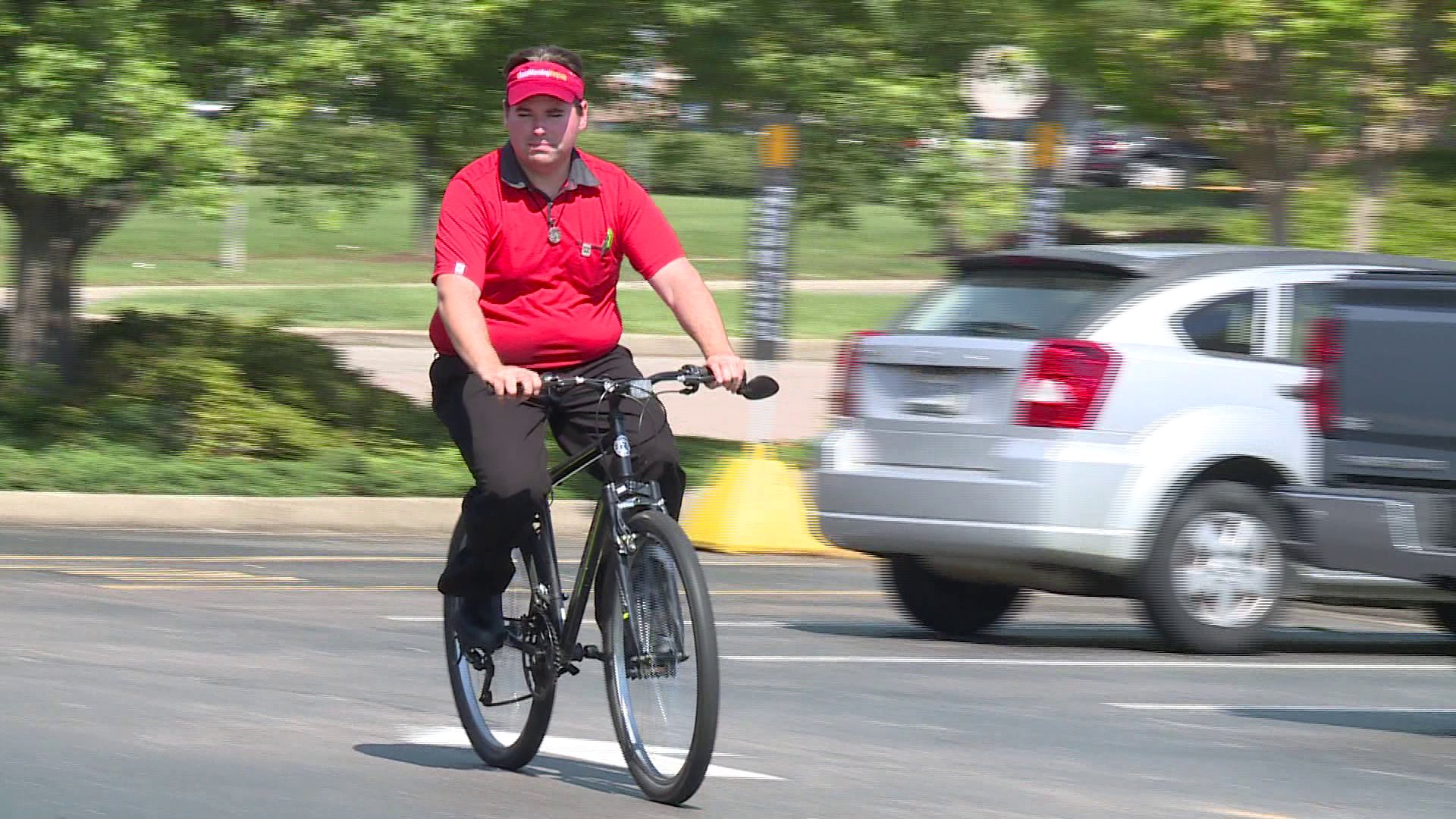 “So what do you think about all that Erie,” asked Wayne.