Chief Durham said that three juveniles – one wearing a red bandana on his face – stormed into the Norrell Annex at 201 West Graham Road, near Battery Park.

Richmond Public Schools owns the building, but classes are not taught there; it is used as an administration building by the Food and Nutrition staff work.

Crime Insider sources tell Jon Burkett that the juveniles are believed to be between 12 and 14 years old.

The first call to 911 was for shots fired, at 5:17 p.m., followed shortly afterward by another call for a female shot in the arm.

When police arrived on scene, the doors of the building were locked. They forced entry and searched the building. They found the female victim suffering non-life threatening injuries. She was transported to the hospital for treatment.

Three other employees were inside who witnessed the crime, and they were not injured. 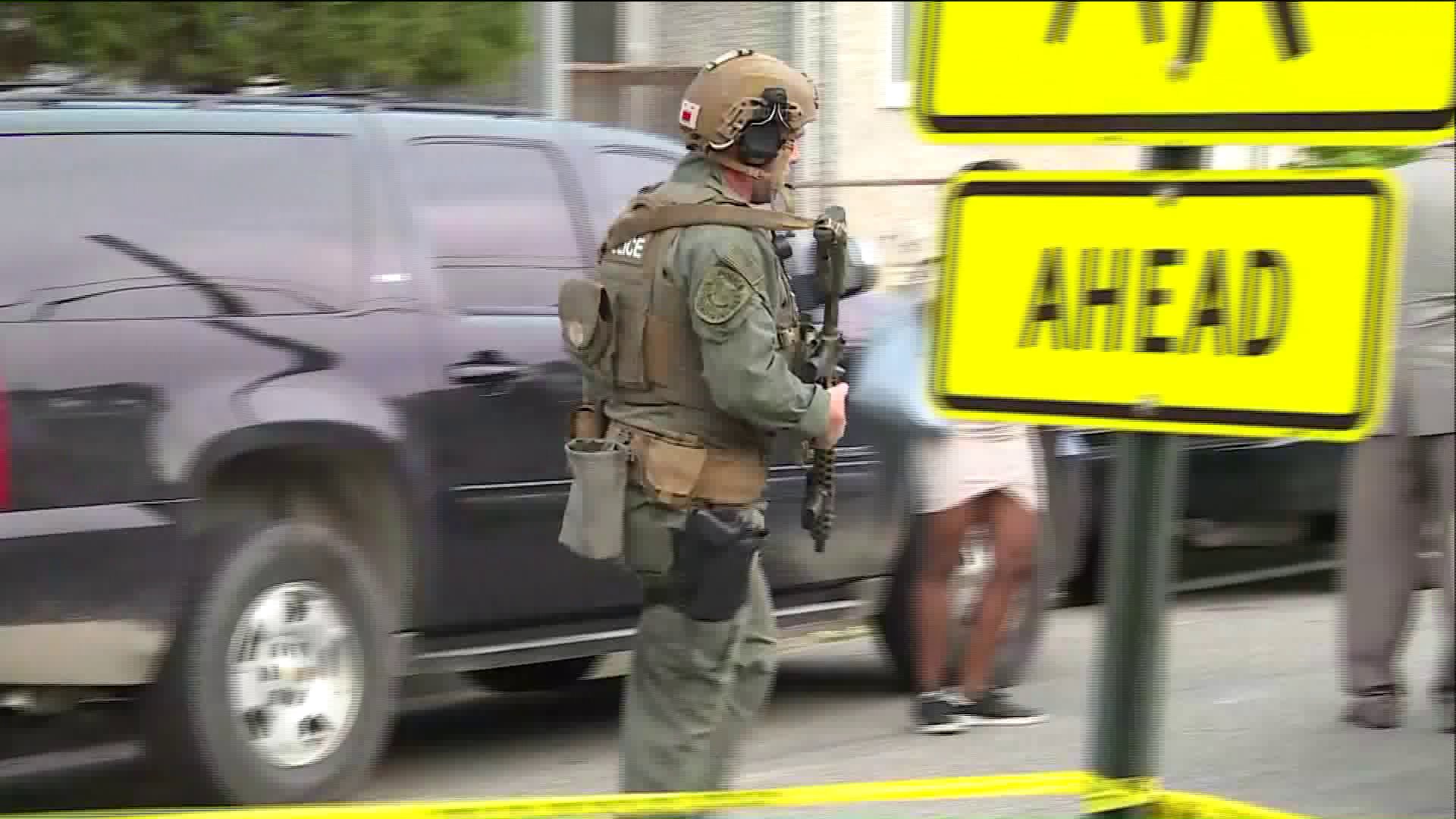 “We want them to know that we are very serious about the family approach, so we sent staff over to support them at the hospital,” said Dr. Dana Bedden, RPS Superintendent.

Bedden added that counseling would be made available to employees, as well as any time needed to decompress, and “get themselves together to heal from a traumatic experience.”

“We will be working with our team to make some safety changes,” Bedden said, and added that there are cameras that will be accessed by RPD.

“Everyone should have their guard up, if you will, just for their own safety,” Durham said, but added that there is no reason to believe the community is in danger.

Durham asked anybody in the community who saw individuals run from the school to contact Crime Stoppers at (804) 780 -1000. The suspect description is currently three young, African American males, one in black with a red bandana on his face.

“If you see something, say something,” Durham said.