RICHMOND, Va. -- We broke yet another record low Sunday morning as muggy conditions kept temperatures around 70°.

A strong cold front will pass through late Monday with some showers and thunderstorms.  We do have the potential for some strong storms with gusty winds and hail late in the day through the evening, especially west of Interstate 95.  The storm threat should end after about 2 a.m. Tuesday. 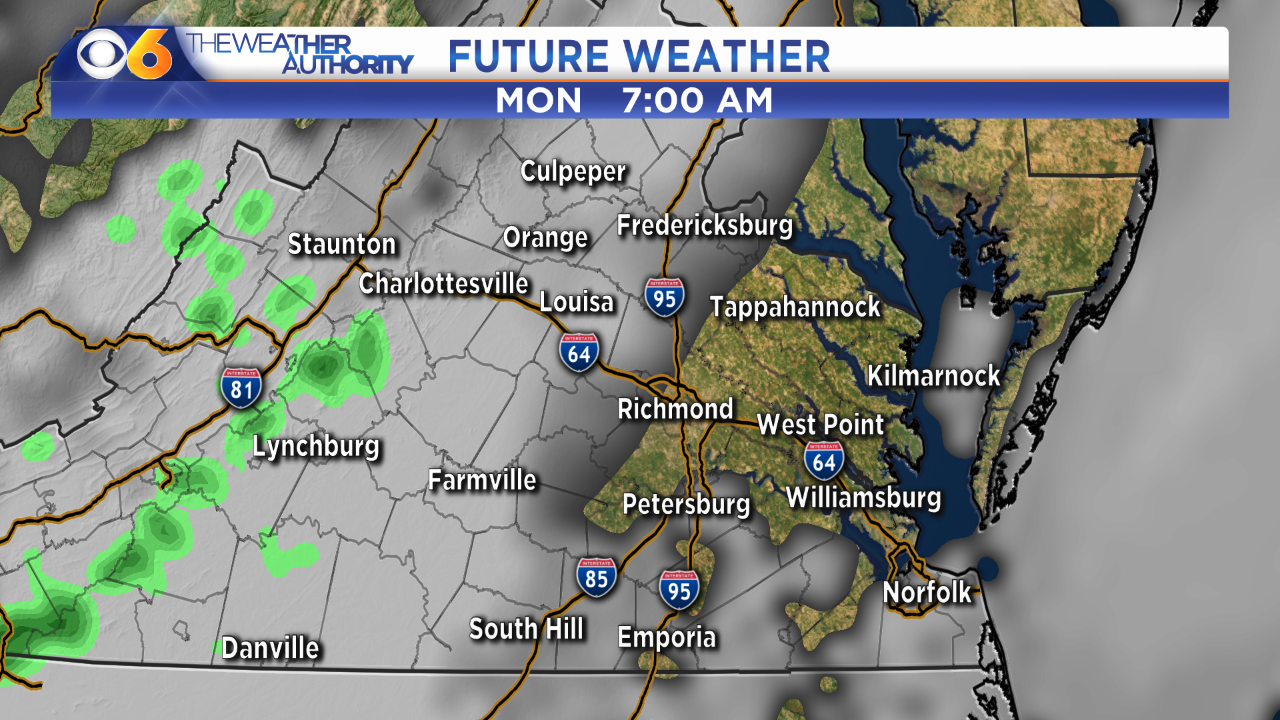 Behind this cold front, it will turn much less humid Tuesday into Wednesday.  Humidity levels will bump back up a bit at the end of the week when our next storm arrives.

After seeing highs near 90° this weekend and in the mid 80s on Monday, highs and lows will be much cooler Tuesday and Wednesday.

High temperatures at the end of the week will be in the upper 60s and lower 70s Friday through Sunday.