Chesterfield Police met with the Board of Supervisors Wednesday and presented sobering statistics during an afternoon work session.

To date, in Chesterfield, there have been 55 heroin overdoses, with 12 fatalities.

The number is on track so far with last year’s 176 heroin overdoses in Chesterfield; 36 of them fatal.

It’s an alarming spike compared to 2013, when there were just 43 total overdoses linked to heroin, and 10 reported deaths.

Each year since, the rate has continued to spike.

Another crime statistic on the rise is the number of robberies that occurred in Chesterfield in 2016. There were 193, a significant jump from the 139 reported in 2012.

Part of that could be attributed to a population increase over the years. The more people you have, the more cases may be reported compared to other areas and years.

It wasn’t all bad news coming out of the report.

Click through the slideshow below to see the rest of the data that police presented to leaders. 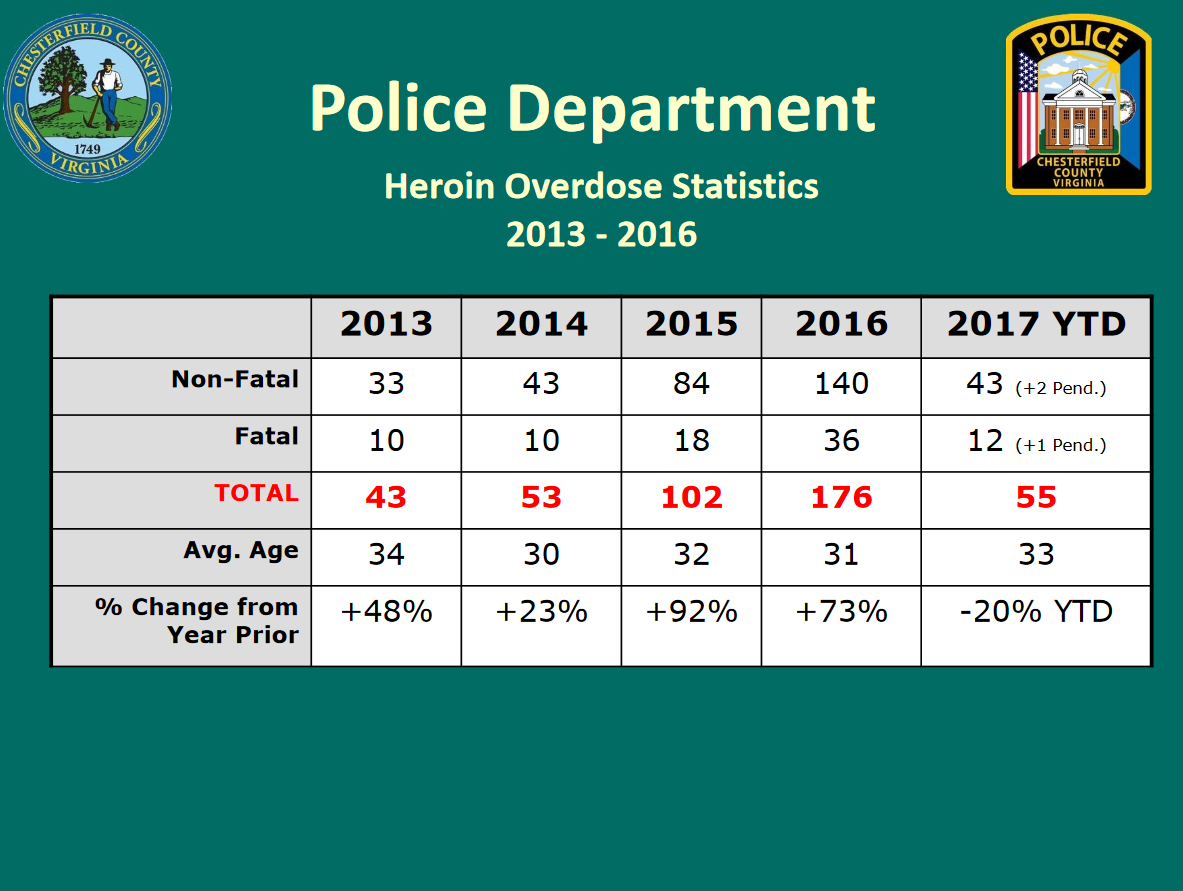