POWHATAN COUNTY, Va. -- A weekend black bear sighting in Powhatan is a sign of things to come. Springtime in Virginia is the time young bears leave their homes and strike out on their own to look for food.

Sometimes, that leads to bear visiting front or back yards.

"He was looking for bird feeders," homeowner Allison Marks said. "We had just put [the feeders] n the shed 30 mins before [the bear] came. He was 20 yards from my front porch."

It appeared the bear on the hunt for a quick and easy snack on Jefferson Landing Road. 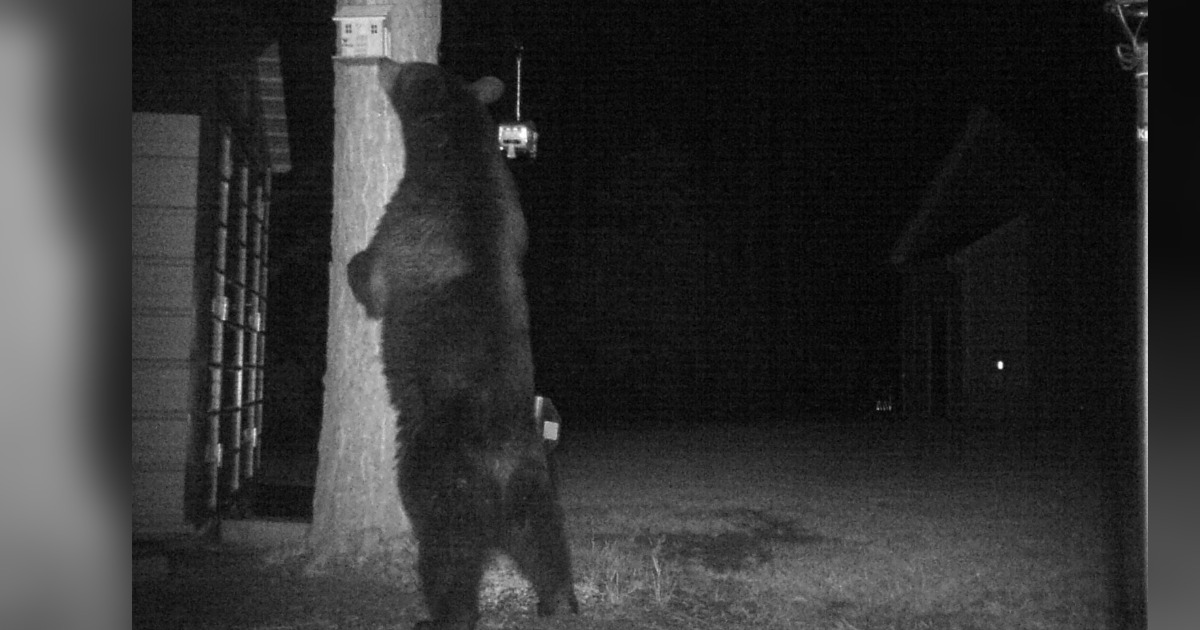 Lee Walker, Outreach Director for the Virginia Department of Game and Inland Fisheries, said there is no reason to be afraid and that bears don’t want to be near people. He said if you see one, keep your distance and let the bear wander away on its own.

"These are wild animals and they don’t need our help," Walker said in a 2016 interview on the subject. "We are developing these areas where these animals used the resources or habitat for a place to live, and as we develop more and more they have less and less places to travel through these corridors without being seen."

He said usually it was food that attracted bears to homes.

"If you really want to keep him on the move, eliminate those food sources: bird feeders, cat food, and dog food," Walker advised. "This is the time that young bears are on the roam. The sows have said 'look you're two years old, you're a teenager, it's time for you to leave home' and that's what we are seeing, young bears without any experience around humans or literally the wild trying to make its way to where its next meal is."

If you see a young bear, the worst thing you can do is feed it, according to the Department of Game and Inland Fisheries. They need to learn how to find food and survive in the wild.

Click here for more information about what to if you spot a bear.