We will see occasional rain through Tuesday

RICHMOND, Va. -- Showers and severe storms crossed the Commonwealth on Saturday, with funnel clouds reported closer to the North Carolina border.  The severe threat is over, but the cooler and rainy pattern will be locked in for a while longer.

An area of low pressure will bring more waves of rain to the area Sunday afternoon into Sunday evening.  Rain chances will be highest southwest of Richmond and lowest across northern Virginia.

The low will track to our south and strengthen off the Mid-Atlantic coast from Monday into Tuesday.  This will result in more occasional rain for both Monday and Tuesday.  There may be a few non-severe thunderstorms for eastern Virginia. 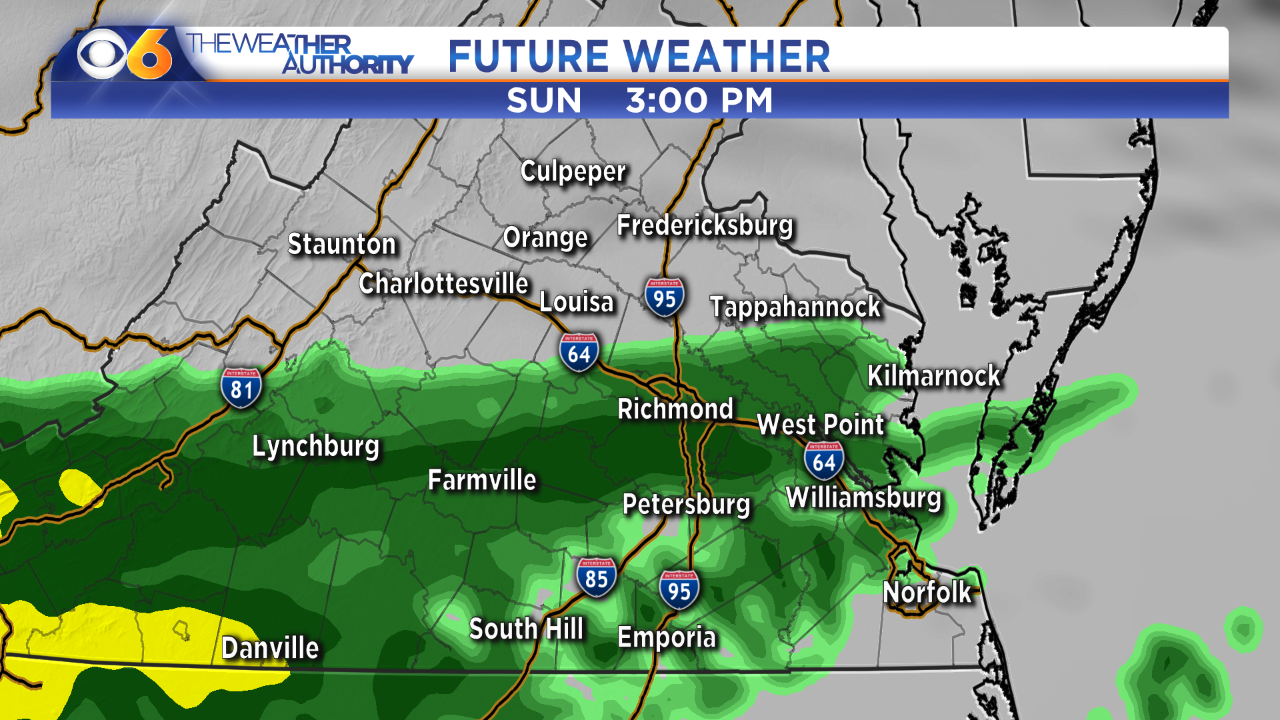 This system will finally pull away from the coast Tuesday night into Wednesday.  The chances for rain should diminish by around daybreak Wednesday, followed by decreasing clouds for the afternoon.

Additional rainfall for Sunday through daybreak Wednesday will be over an inch for many locations.  Areas southwest of Richmond will see the highest amounts.

The second half of the week will be drier and much warmer.  There may be an isolated storm on Friday, but the rain chances will be fairly low.  High temperatures will reach the upper 80s to around 90°.