In a preliminary report released Saturday, the National Weather Service confirmed straight line winds with maximum winds of 70 to 75 mph hit from 7:20 to 7:30 p.m.

When the powerful storm rolled through, Margaret Henshall "saw everything happening."

"I wanted to make sure everybody was indoors," Henshall said. "I felt the wind picking up and I saw a lightning bolt go across the sky right over to Linda's tree."

That is when Henshall saw her neighbor's tree come crashing down.

"I ran as fast as I could and I screamed for her to get out of the house," Henshall recalled. "And it slammed on top of her house, but she make it out alive.”

Folks cleaning up in Colonial Beach

Dominion Virginia Power crews flooded the east side of town along Boundary Street, one of the hardest hit areas, heading to the mariana Saturday.

There was no loss of life, but town officials said a firefighter suffered a leg injury when a road gave way during the storm.

WTVR CBS 6 viewers sent us photos showing the amount of damage to dozens of homes and properties.

However, state and local police denied a WTVR CBS 6 crew access to the scene, calling it "unsafe."

Only residents living in that affected area were allowed to enter with the proper ID.

And while this storm has left behind a big mess, neighbors like Henshall are thankful.

"Seeing it now and seeing these neighbors coming together for the community, that's God's work,” Henshall said.

Red Cross officials have been providing food and assistance to neighbors.

The town's police chief issued a curfew from 10 p.m. to 6 a.m. as crews work to restore power. 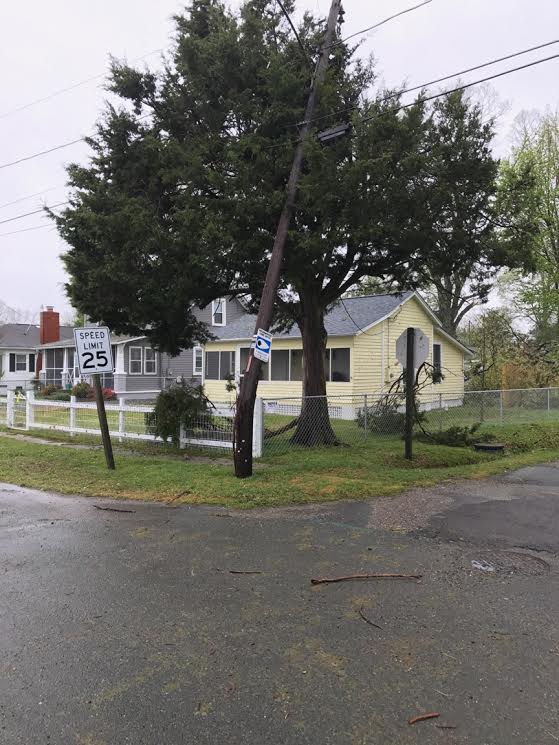