RICHMOND, Va. – A vicious and random attack in downtown Richmond left a man bloodied and bruised Wednesday night, and those attackers are still on the loose.

The man, who asked CBS 6 to protect his identity, said he was outside his apartment building smoking a cigarette and everything seemed normal.

“I turned to go inside and three men cornered me by the stairs," he said.

He says three men approached him and asked for an access code to an apartment building.

"They were asking for information about the apartment," he said.

Specifically the victim says the three men were asking for the access code to a lettered apartment.

The problem is, there are no lettered apartments inside this building. The victim said that's when he knew something wasn't right.

That’s when he says he was knocked to the floor.

The victim said the three men stomped him, kicked him, punched him and one even reached for a weapon.

"He reached in his back pocket and pulled a knife and hit me in the skull while I was already on the ground," the man said.

The victim was left bloodied and bruised and suffering from a laceration to his head and a broken pinky.

He received several staples and stitches at Chippenham Hospital before being released. 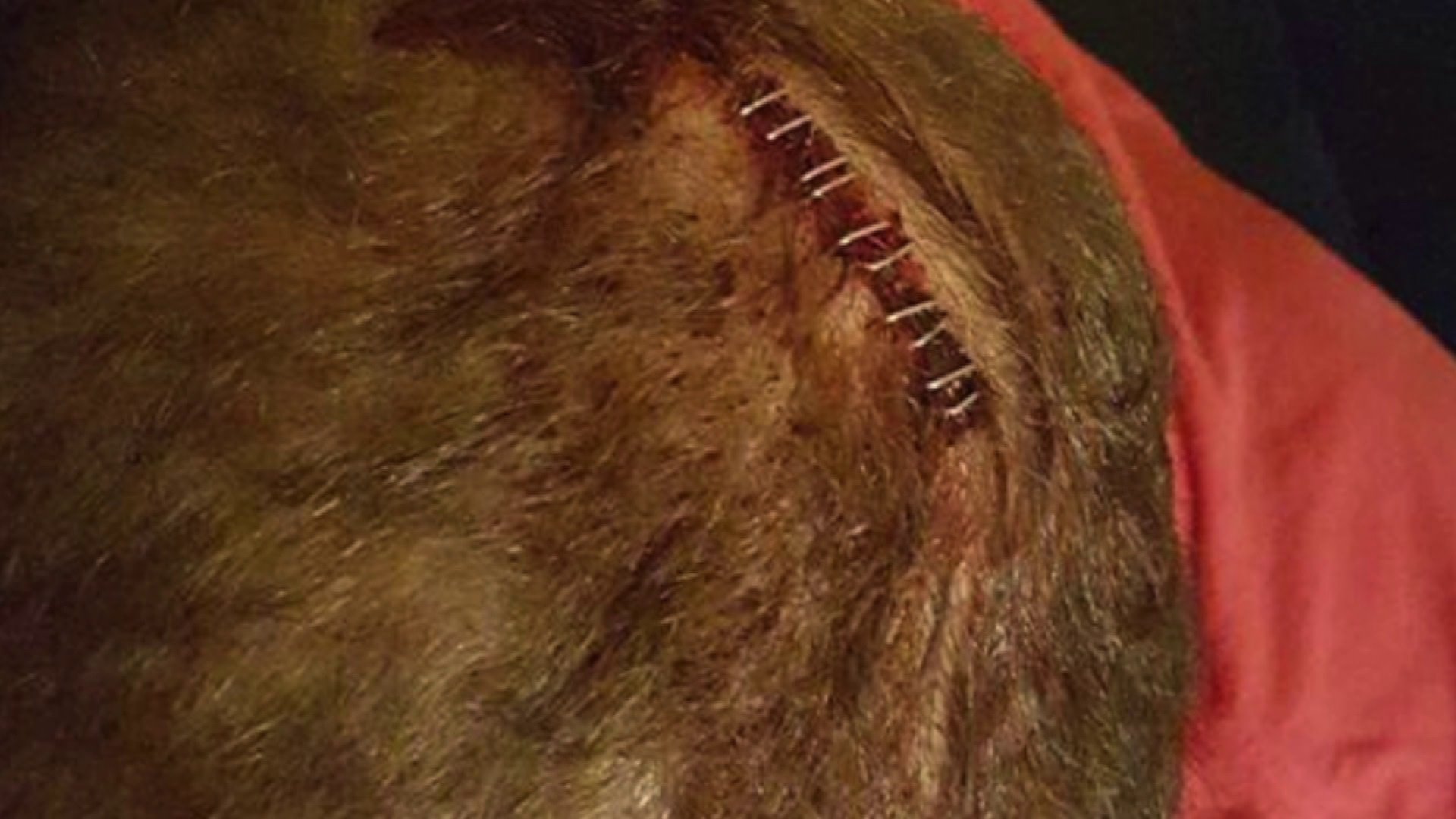 Now he’s left to wonder why he was attacked, and also who were the three who attacked him.

The victim said the three men jumped a fence, hopped into a black SUV and took off west on Broad towards Fourth Street.

Police said they are still investigating the brutal beating.