RICHMOND, Va. – A tractor trailer accident could cause delays along Interstate 95 northbound at mile marker 72 in the City of Richmond. This is north of Bells Road.

The three vehicles involved includes a tractor trailer, a Toyota Tundra and a state trooper vehicle. 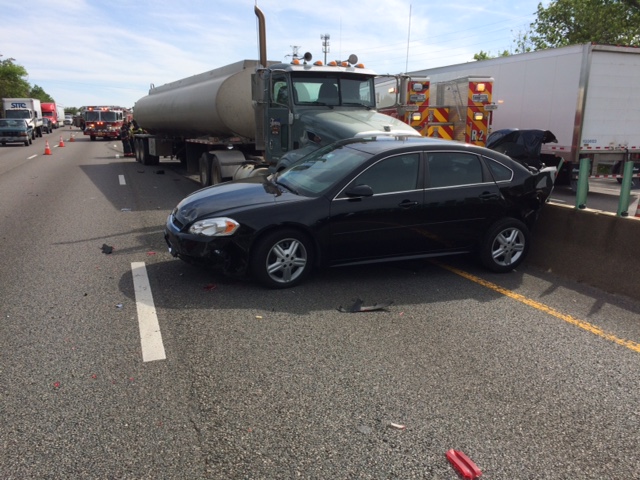 Injuries in the crash are unknown at this time.

Traffic backups are were around six miles northbound and southbound during rush hour. All lanes are back open.