GOOCHLAND COUNTY, Va. -- A death investigation is underway near the Henrico-Goochland County line after a newspaper courier discovered 38-year-old military veteran Paul Chisholm in a wheelchair outside an apartment complex, according to the Goochland Sheriff.

Investigators said that at about 4 a.m. Monday they found a blood trail from Chisholm’s apartment outside at the Retreat at West Creek apartments, near West Broad Street and Route 288 in Goochland.

Goochland Sheriff's investigators initially classified their involvement as a death investigation and said they were not looking for suspects at this time.

"We determined that he was paralyzed from the waist down from some sort of accident," Goochland Sheriff Jim Agnew said. "He's a military vet. Whether or not he was paralyzed in the military, we don't know. He was bleeding from his feet."

Investigators found a significant trail of blood throughout parts of the apartment complex.

"Never seen a crime scene this big for something like this," Sheriff Agnew said. "It's a trail of blood that's several hundred yards long. And it's not a straight line trail. Makes you wonder what took place. We're trying to piece that together now."

Harrison said she met Chisholm for the first time Sunday when she and a neighbor helped Chisholm with his wheelchair ramp, which was malfunctioning.

“He was having a problem with the ramp and some of the mechanics with his car,” Harrison said.  “I appreciated the smile he gave me when he drove away.  So I really felt like I had done something good.  He was a good guy, and you could tell that.  He had just been through a lot.”

Chisholm served in the U.S. Army from April 2007 through June 2009, and was deployed to Afghanistan for most of 2008, according to military officials.  Chisholm was honored with six awards for his service, including the Army Commendation Medal, which is given to service members who "distinguished himself by heroism, meritorious achievement or meritorious service.”

Family members tell CBS 6 they are shocked by Chisholm’s death.  His brother said over the phone they “love him and miss him already.”

According to his family, Chisholm was injured while serving in Afghanistan, but was paralyzed in a car accident that happened once he returned from overseas service.

Harrison said she is heartbroken for Chisholms family, and the fact that he may have spent his final few moments alone.

“I feel sorry for anyone who could have potentially helped,” Harrison said.

"It's shocking. It's so quiet out here," neighbor David Hannon said. "You don't expect anything like that to happen. But I guess anything can happen anywhere."

"[I am] not used to seeing so many cops out here so early in the morning," neighbor Amrit Khadka said.

This is a developing story. Witnesses can submit a news tip or photo here. 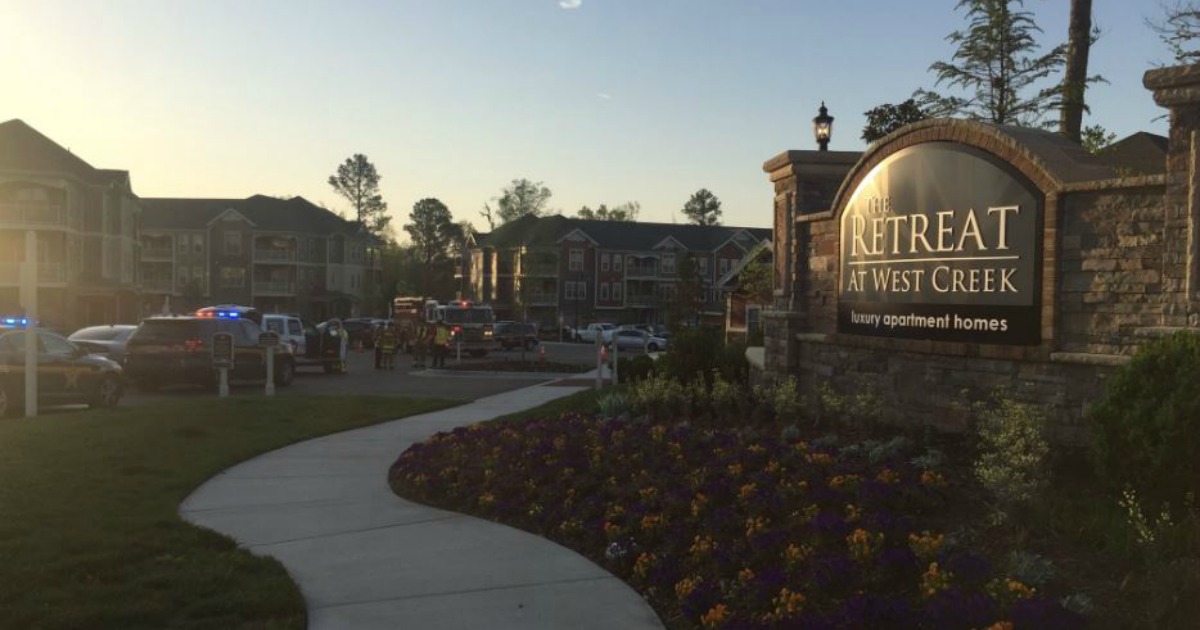