Historic home in South Richmond can be yours for free, here’s the catch

RICHMOND, Va. -- It's likely the sweetest, straightest, most historic house on the market today, given the purchase price:

It's right here in South Richmond, at 2715 Broad Rock Boulevard.

The home is elegant with varied roof lines, all perfectly straight and true. If the roof leaks, it's hard to see where.

Every wall and stair tread and corner as square as a soldier's chin in boot camp.

And imagine the history!

For a half-century the guts of this solid and stately 2,000 square-foot cottage housed destitute and damaged Confederate soldiers at the Robert E. Lee Camp #1 on the Boulevard in Richmond, the site of our current Virginia Museum of Fine Arts. 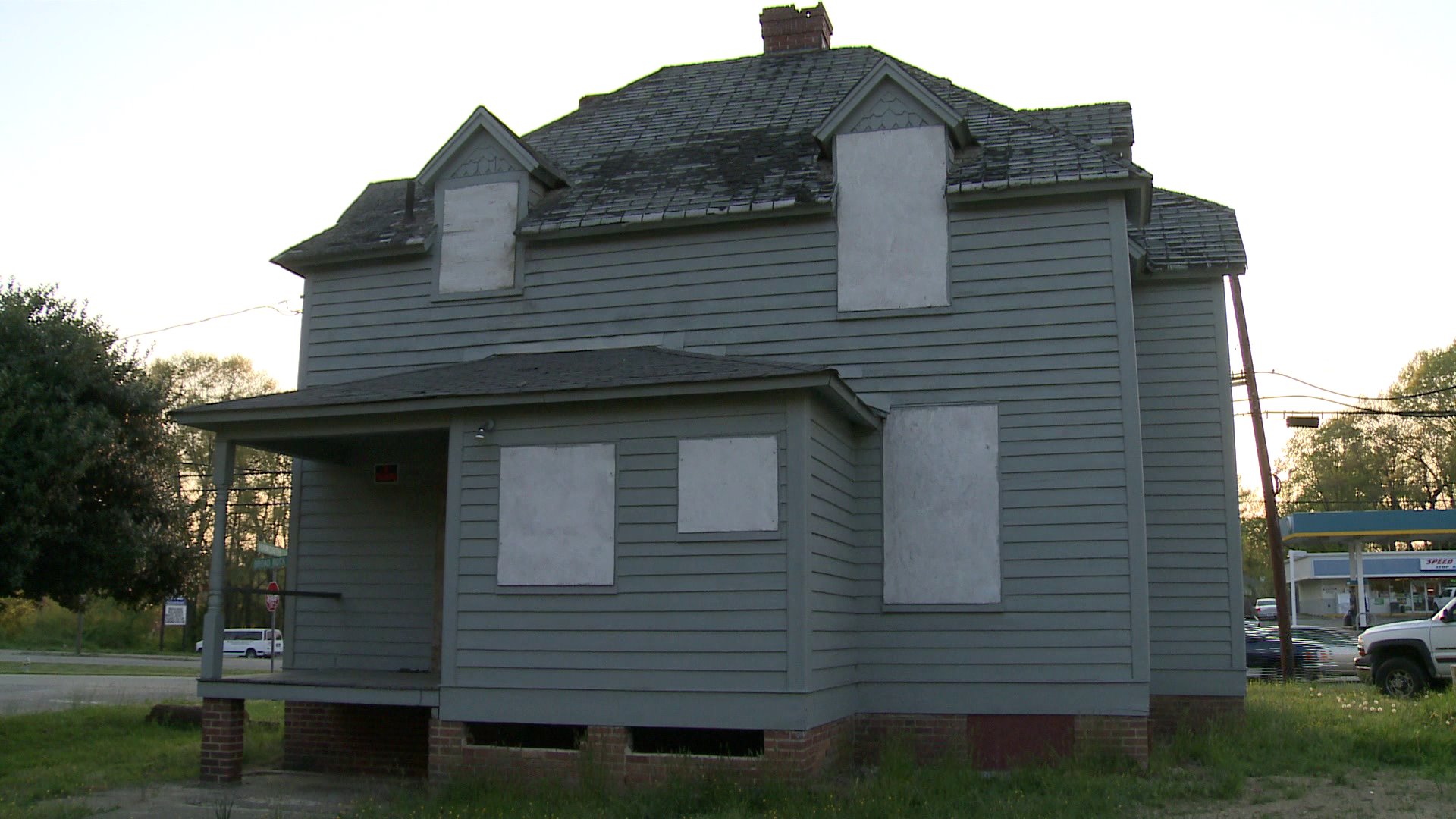 It was one of the 10 or so cottages there until the last old soldiers died around 1940.

This house, thought to be the "Stonewall" cottage was moved to South Richmond in 1936, reportedly bought for $60 by Ernest and Camilla Meyers, who didn't want to see it torn down like the others. (Reportedly, one of the other cottages that were moved still exists, although in a much-modified state.)

The Meyers moved it across town in sections and pieces, scaling it back to one chimney and modernizing some of the features, adding plumbing, wiring, a bathroom and a kitchen.

Former neighbor David Mabon, an interesting character who has done a bit of everything, bought it 18 years ago for $16,000 to add onto his adjoining property.

A good bit of the basement's ceiling and main floor joists had been burned in a previous fire and it has been vacant for two decades now.

Mabon's plans for the block stalled and the city has been after him to demolish the vacant, boarded-up house.

So Mabon reached out to the Historic Richmond Foundation to try to find someone he could give the house to - if they would move it.

It's not a simple or cheap task.

Because the ground floor's main support structure was damaged by fire, it's likely it would have to be restored before the house could be moved as a whole unit.

It seems more feasible to move it in sections, like it was in '38. Other historic homes in the area have been moved that way.

Mabon is also willing to sell the lot with the house. The land itself was last appraised at $143,000, city property records show. (The house was appraised at $18,000.)

The house is worth saving, Mabon said.

"It could be done and it wouldn't be too complicated," he said. "I'm hoping that it will. It would be a shame to tear it down."