RICHMOND, Va. — Crews are working to extinguish a two-alarm fire that broke out at a warehouse under demolition in South Richmond Thursday afternoon.

Fire officials said a construction crew called 911 just after 2:30 p.m. when a piece of machinery caught fire in the warehouse in the 800 block of Jeff Davis Highway.

When crews arrived they found smoke coming from the back of the building.

“They have located the source of the fire,” Richmond Fire spokesman Lt. Chris Armstrong said. “They’re in the process of getting in and putting it out.”

Officials said it is unclear how the fire started, but that demolition crews were working inside the former tobacco factory when one of the hopper-type machines caught fire.

“We’re not exactly sure what happened or what they were doing at the time, but a piece of machinery inside caught fire,” Armstrong said.

As a result, the fire was upgraded to a second-alarm.

“It was upgraded based on the size and complexity of the actual location of the fire within the piece of equipment,” Armstrong said.

Additionally, the location of that piece of equipment, in the back of the building, presented a challenge for firefighters.

“The actual process of laying down hose and stretching the hose line — what we call relay pumping – when we’re pumping from one truck to another to make sure we’ve got enough pressure inside the hoses to put the fire out.”

Armstrong said the workers inside made it out safely and that no one was injured.

WFD: Crews are on scene 800 JD Highway with a warehouse fire. An interior attack has begun, nothing further to report. #RVA pic.twitter.com/jzAb4S9qGV

Update: The fire has been upgraded to a 2nd alarm, the building is under demolition… #RVA @RAAEMS @RichmondReady pic.twitter.com/MnfDwwFTeE

Stay with WTVR.com and watch CBS 6 News starting at 5 p.m. for updates on this developing story. 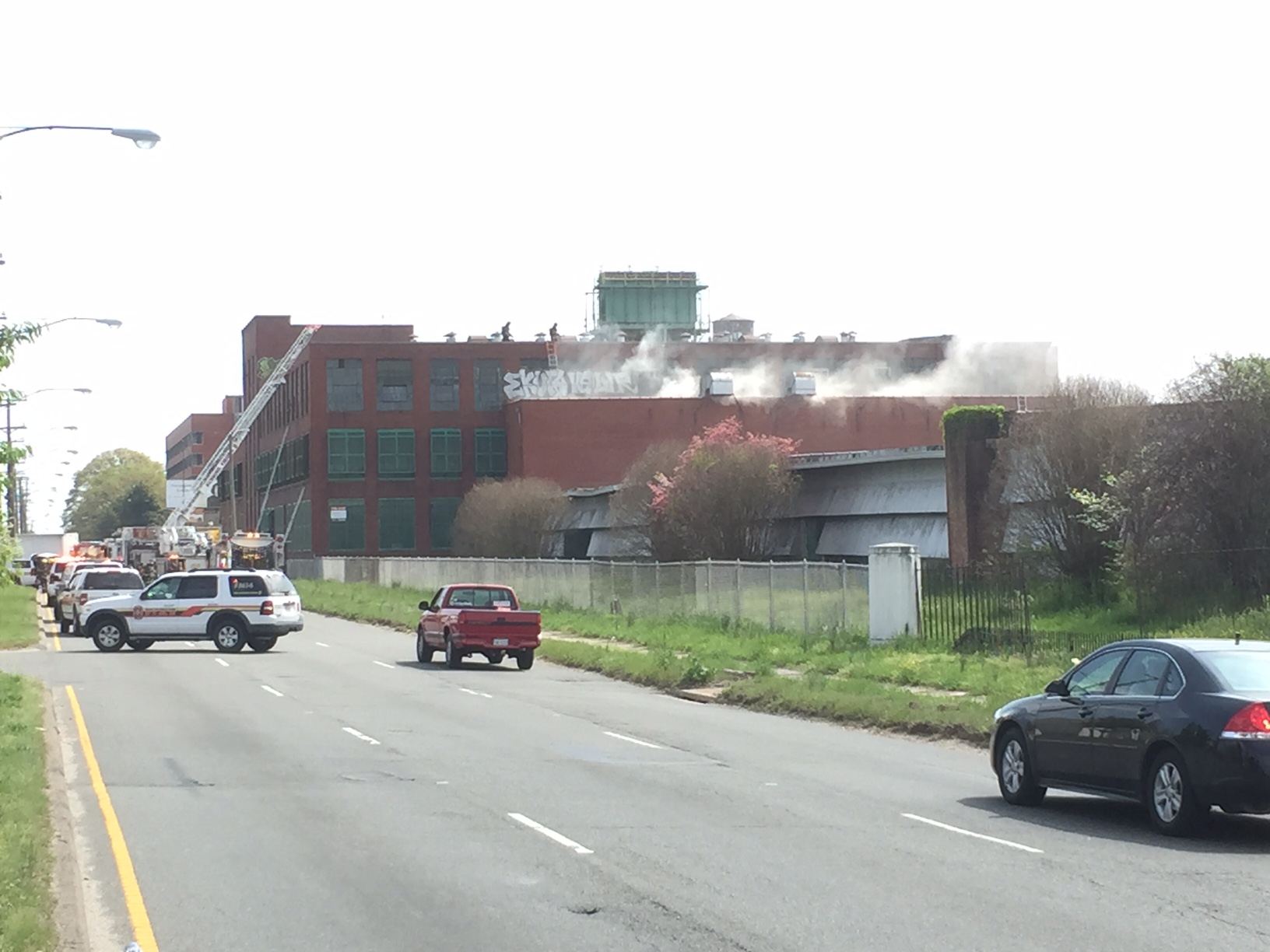