Family rescued from boat dangling on edge of Virginia reservoir

LOUDOUN COUNTY, Va. – A Virginia family is grateful after being rescued from a small fishing boat only inches away from tumbling over a Virginia Reservoir Monday evening.

The incident happened around 5:30 p.m. at the Goose Creek Reservoir Dam in Loudoun County.

Crews said a man called and said he and his family were stranded in a boat on top of the dam after the motor failed in family’s boat.

He said the boat drifted towards the 20 foot dam and stopped with a portion of the boat hanging over the edge. 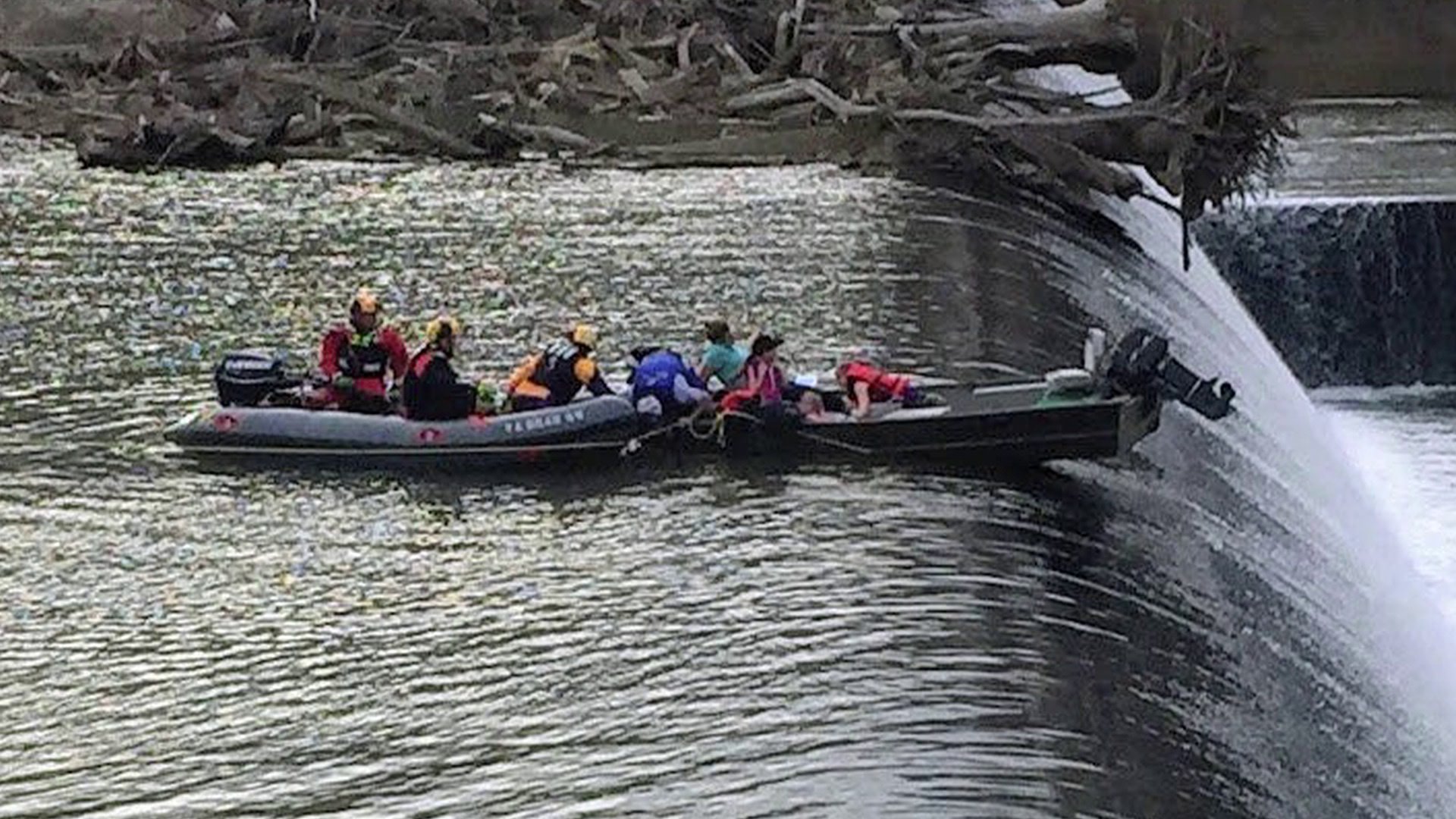 The man was on the boat with another adult and three small children.

Fire and Rescue units from surrounding areas were called in to help.

“The swift moving current made the boat very unstable and all the occupants were seated in the bow of the boat to keep it from falling over the dam,” Loudoun County Fire and Rescue wrote in a statement. “With the exception of one adult, all were wearing life vests.”

Members of the rescue crew tried to reach the family using an aerial ladder, but the boat was too far from shore.

While crews were getting a life jacket to the other adult on the boat, first responders were sent downstream with rescue equipment in case the vessel fell over the dam.

Once the water rescue team arrived, rescuers connected a tow rope to the fishing boat and pulled the family safely to shore.

The family members were evaluated by EMT crews on the scene. They were no injuries.

“Swift water rescue incidents are among the most dangerous activity we perform,” said Chief Keith Brower with the Loudoun County Fire. “In this case, five lives were saved due to the combined efforts of the men and women of our Fire and Rescue System. I am extremely proud of their efforts.”

Officials said the incident highlights the importance of coast guard approved life-jackets. They are reminding boaters wear the flotation devices at all times during boating operations.