The Kickers wore black armbands during their game against Louisville and the team took to the field at halftime with a banner reading "Glory, Glory Kofi Nti." 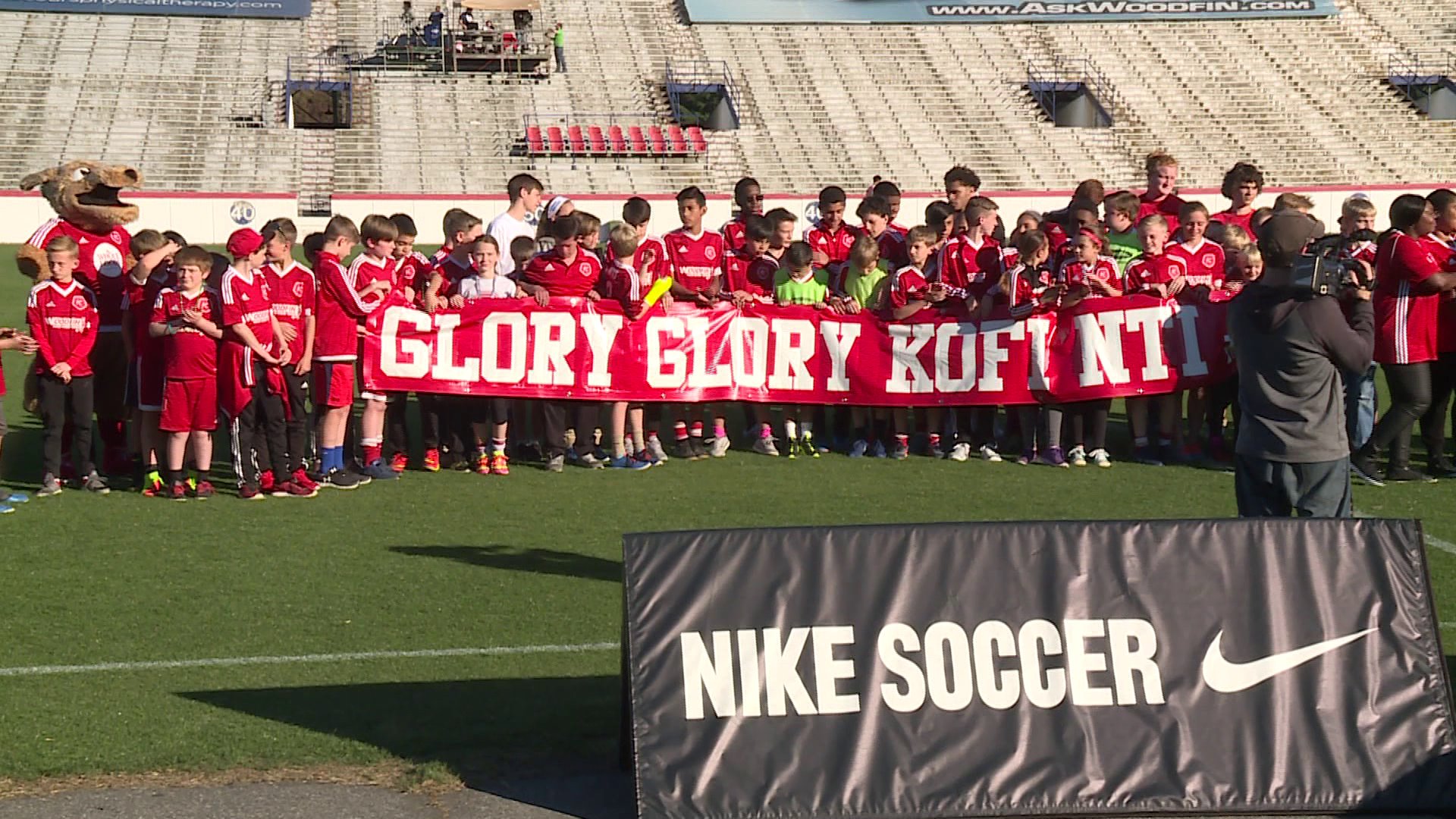 A native of Ghana, Nti served as Community Director with the Richmond Kickers Youth Soccer Club, where he coached hundreds of young soccer players, many of whom attended Thursday’s service.

"I know he cared so much about helping kids,” Michael Burke with the Richmond Kickers, said during the memorial.  “On the surface, he didn't show a lot of emotion but I know he had a huge heart which is the unfortunate irony.”

The Richmond Kickers hosted the memorial service for a man friends called a “mentor, friend, and confidant who truly loved what he did.”

“I think I can speak on behalf of the entire Richmond Kickers organization that we will forever be grateful for his loyalty, his hard work and his dedication. He did it all. He did it all for you guys in this room," said Burke.

In his role with the Kickers, Nti helped oversee hundreds of young soccer players who take part in the Kickers recreational programs.