Five children were injured when a strong wind picked up two bounce houses at a church carnival in South Carolina on Saturday, sending one of the inflatables into a tree and the other into a power line, authorities said.

The children were taken to a hospital but their condition was not known Saturday night.

Sgt. Jimmy Bolt with the Greenville County Sheriff's Office said the incident happened about 2 p.m. at Springwell Church in Taylors, in the northwest part of the state.

"A gust of wind came by and picked both up," he said.

Elvis German said he was working nearby and his children saw the bounce house take flight. "My kids yelled at me and said 'Look, Daddy,' and I saw the bouncy house caught up in the power lines. It was like 20 feet up in the air."

He said he grabbed his phone and started shooting video and "it made a big noise and the power went out when it fell." 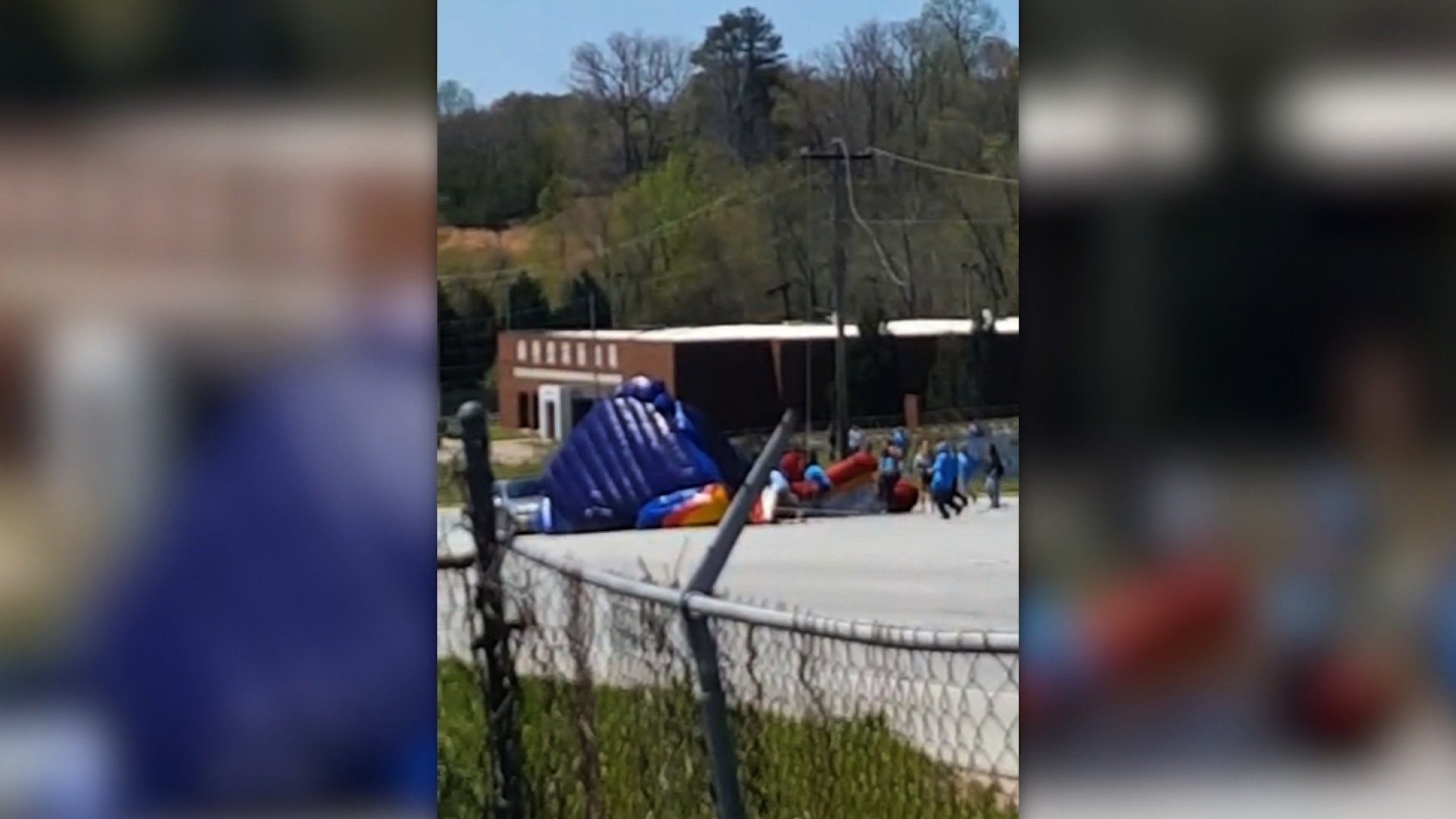 David Pearson, operations pastor at the church, posted a statement on Facebook.

"This afternoon, we held our annual Spring Carnival on our campus," he wrotre. "Shortly after 2 p.m., an unexpected wind gust, out of our control, lifted an inflatable amusement that was on our campus for the event. We are saddened for those who were injured during the unfortunate accident today."

Injuries and deaths have occurred in similar incidents.

In March 2016, a 7-year-old girl died when a bounce house was blown away in Essex, England.

In May 2015, three children were hurt when a waterspout came ashore and lifted a bounce house in Fort Lauderdale, Florida.

In May 2014, two boys from upstate New York were hurt after falling nearly two stories when a gust of wind swept up the inflatable bounce house they were playing in, police said.