COLONIAL HEIGHTS, Va. -- Police are asking for the public's help in identifying a man who robbed a Bank of America in Colonial Heights Saturday afternoon.

Officials say that at approximately 11:04 a.m., the unidentified suspect entered the bank in the 1900 block of the Boulevard and presented the teller with a note demanding money. After obtaining cash, he fled and was last seen getting into an older model maroon vehicle, possibly a Buick Regal, that was parked in the parking lot.

He did not display a weapon.

The suspect is described as a black male wearing a black coat, dark shirt and possibly blue jeans. He is believed to be in his mid-20s to mid-30s in age, between 5'8 and 5'10 and weighing between 170 and 190 pounds. He has a light beard with a full mustache and an earring in his left ear. 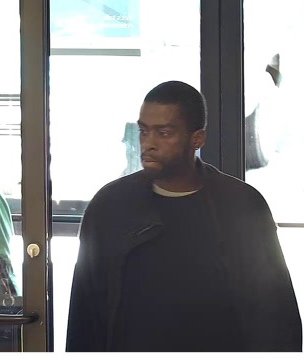 Police are asking anyone with information on this crime to either contact the Chesterfield/Colonial Heights Problem Solvers at 748-0660 or the Colonial Heights Police Department at 520-9300 option #7.