SUV tears side off couple’s home: ‘It drove through my living room’

HENRICO COUNTY, Va. – A couple is counting their blessings after an SUV sliced through the side of their eastern Henrico home early Saturday morning.

Vincent Wynn and his wife, Niani, were jolted out of bed by what they said sounded like an explosion just before 7:35 a.m.

"And I walked down my steps and I can see daylight,” Vincent Wynn said.

But the bright light was not coming from a window, but from a gaping hole caused by an SUV that crashed into their home.

"It's parked in my dining room, but it drove through my living room,” Vincent Wynn said.

"I really thought I was in a nightmare," Niani Wynn said. "This is like the worse case scenario."

Debris and furniture, along with an HVAC system, is now scattered across the couple's backyard.

Vincent Wynn spoke with the SUV driver moments after the crash.

"He mumbled a little bit and kind of fell out on the ground and I called 911 and told him he might need assistance,” Vincent Wynn said.

Wynn said he questioned the driver what happened.

"Well, he said his brakes weren't working. So, I asked him, 'What about your steering wheel?' Because there's ample space in the back," Vincent Wynn said.

He said the driver, who appeared to be confused and disoriented, was taken to the hospital. 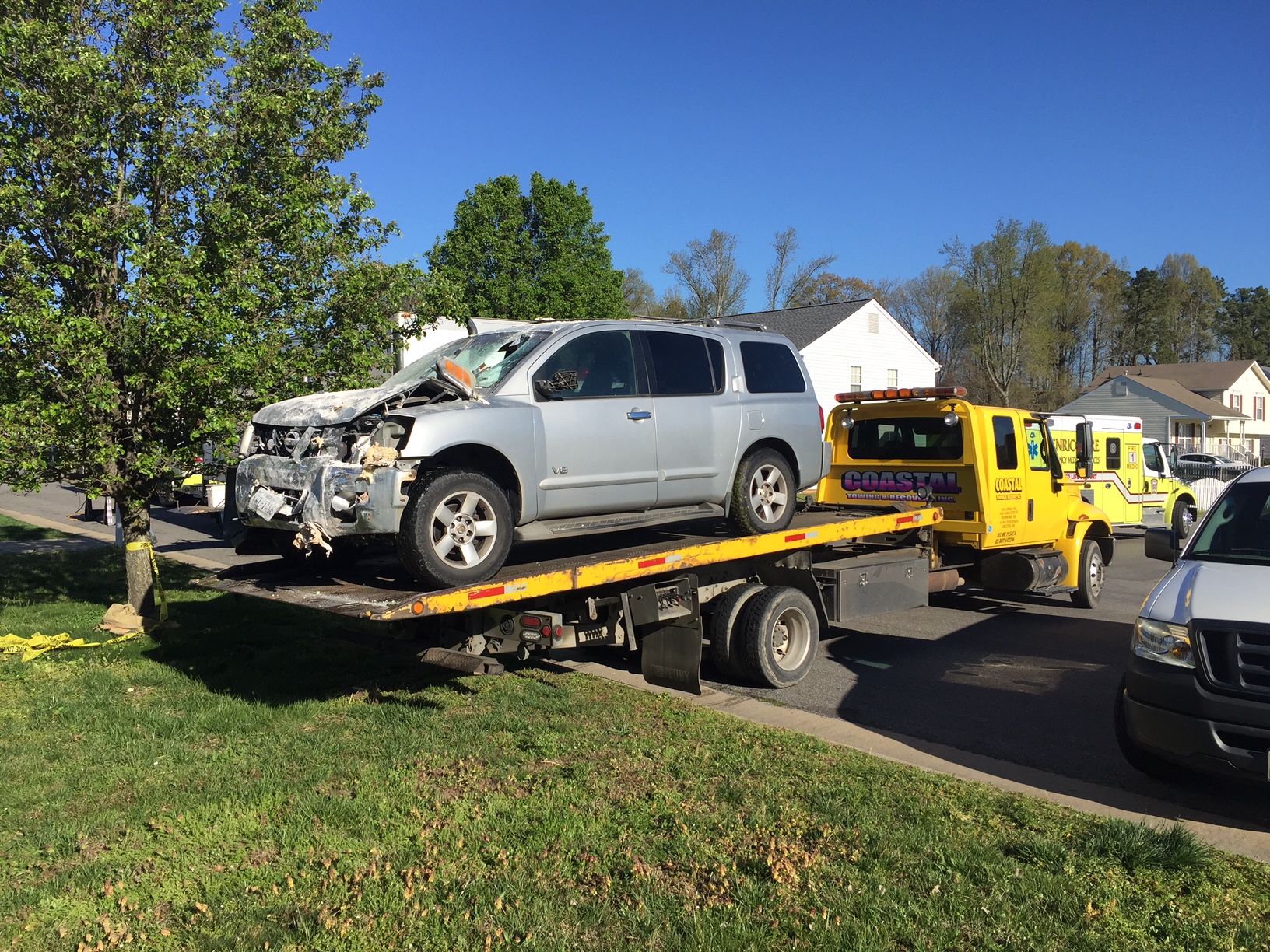 The Wynns' home was has been condemned by the county.

"It was a china cabinet that was my father's and my father passed in 1985,” Vincent Wynn said. "That was one of the things I've taken with me and now you can see over there in the rubble. Things like that can't be replaced."

And while the damage could cost up to $70,000, the couple said they feel blessed.

"All praise to God for that one," Vincent Wynn said.