KILMARNOCK, Va. -- A powerful storm damaged Rappahannock General Hospital, according to witnesses at the Kilmarnock hospital.

Photos shared with WTVR CBS 6 from the hospital showed broken windows and a damaged facade. 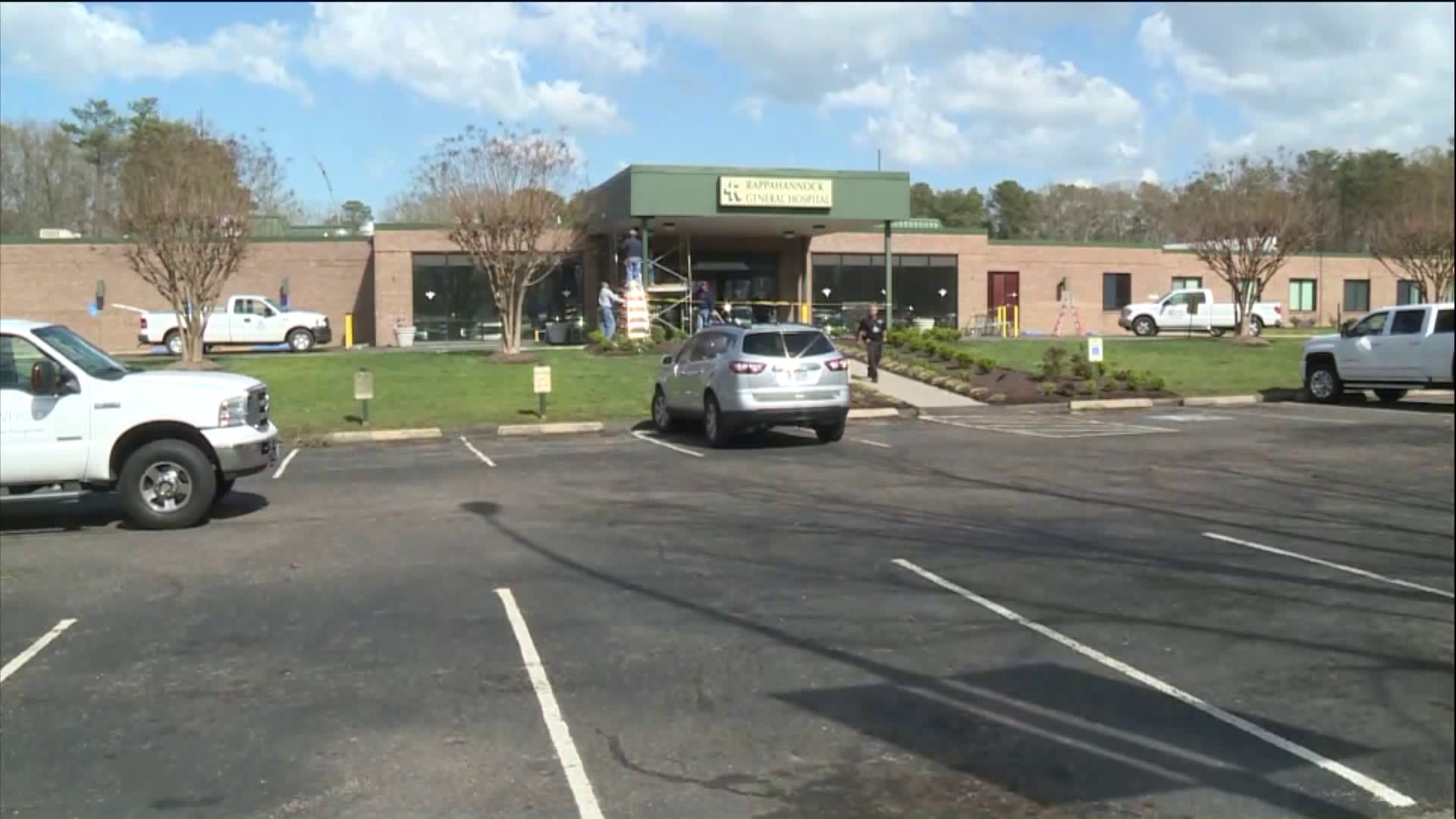 There were no reported injuries at the hospital due to the storm.

"It was very scary, especially since we had patients, we had to quickly move to a safe location in the center of the building," nurse Becca Paige Gillie said. "About 10 of us, patients, and the wonderful oncology staff crammed into a storage room until we were told we could come out."

The hospital's backup generators kicked in when the storm knocked out to the hospital, according to the witnesses.

"There was a loud bang and then the lights went off. We heard another loud crack. Not sure if it was the windows being blown out or not. But it was as if I felt a sensation of pressure in my head right as it hit," Gillie added.

The area was under a Tornado Watch when the storm hit the Northern Neck at about 12:30 p.m.

"The hospital and the emergency department have full power, but are currently on diversion to other medical facilities in the area. The hospital phone service is intermittent," Bon Secours Health System spokesperson Michael Wallace said. "The building is structurally sound and there was no extensive damage. Lancaster County emergency staff are currently on the scene assessing the situation. Patient care was not compromised at any time during today’s weather related event."

It is too early to say whether a tornado caused the damage, or simply powerful straight-line winds.

Look for live reports starting on the news at 5.

This is a developing story. Submit news tips and photos here.