IRVINGTON, Va. -- The National Weather Service confirmed Thursday night that an EF-1 tornado touched down about 12:09 p.m. near Irvington in Lancaster County.

"The tornado touched down near the boundary of Lancaster County and the Rappahannock River," NWS officials said. "The tornado then proceeded across West Irvington and Irvington where it reached its maximum intensity of up to 90 mph. Damage included loss of roofing material, gutters and/or awnings, and siding material as well as uprooted and snapped hardwood trees. The tornado continued to the northeast with the last damage observed in a wooded area on the east side of the Hills Quarter Subdivision near King Carter Golf course.

The twister touched down for 2.7 miles and was about 200 yards wide, according to the NWS' preliminary statement.

Officials also said that damage in Kilmarnock was deemed to have been caused by straight line winds.

Cleanup was underway after the severe storm left a path of destruction in Irvington.

Neighbors returned home to find their yards littered with debris.

A downed tree in Irvington.

According to Virginia State Police, the powerful storm swept through parts of Lancaster County around 12:15 p.m.

The high winds knocked down trees and power lines. Some of those twisted and snapped branches landed in the streets and shut down traffic for hours.

Some structural damage was also reported at some homes and nearby buildings.

A few miles away at the Rappahanock General Hospital in Kilmarnock, strong winds shattered glass and caused some damage to the entrance of the hospital.

As a result, officials with the Lancaster County Sheriff's Office said the hospital was only accepting emergency patients.

The sheriff's office said the clean up could last into the night. 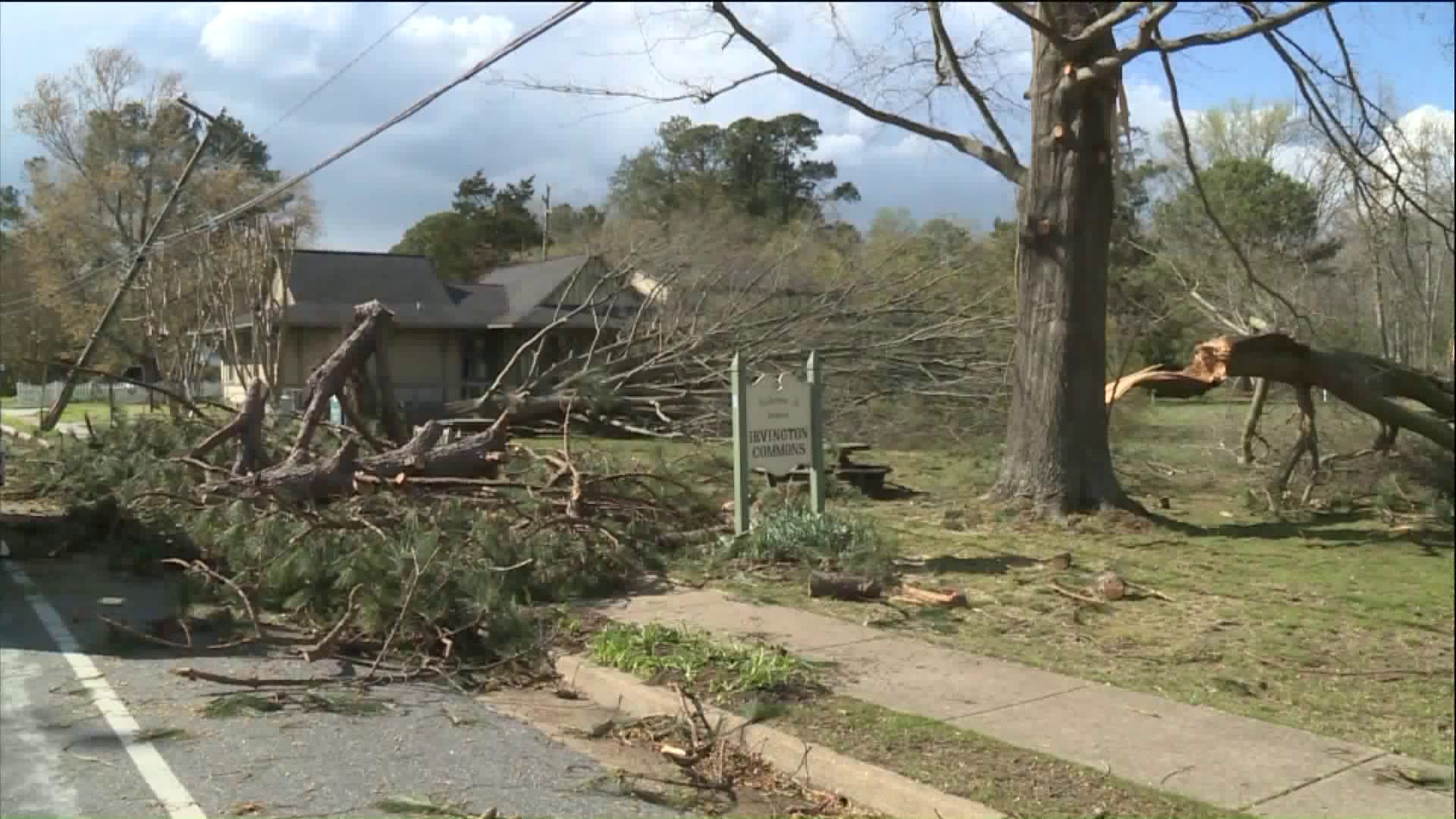