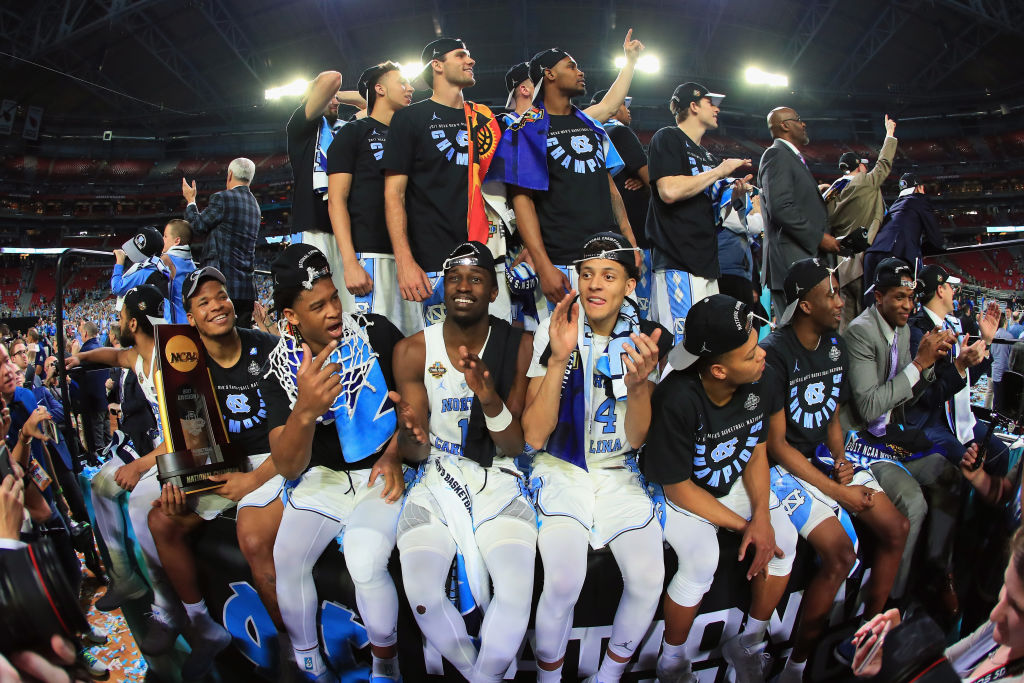 There will be no heartbreak for the North Carolina Tar Heels this time.

A year after losing on the first buzzer-beating three in NCAA men’s basketball championship history, the Tar Heels are back on top, defeating Gonzaga 71-65 at University of Phoenix Stadium in Glendale, Arizona in front of a crowd of 76,168. It’s UNC’s sixth title and first since 2009.

In 2016 in Houston, UNC (33-7) lost in a thriller, succumbing to Villanova on that last-second three-pointer by Kris Jenkins. But the Tar Heels didn’t let that scenario shape up on Monday against Gonzaga (37-2), who was in the national championship game for the first time.

In the opening minutes of the second half, UNC went on an 8-0 run to take a 40-35 lead. Gonzaga stormed right back with an 8-0 run of its own to make it 43-40 with 14:34 left. From there, as the teams continued to trade points, the officials couldn’t stop blowing the whistle. There were 27 fouls called in the second half, compared to 17 in the first.

The final push came from UNC. An Isaiah Hicks jumper gave the Tar Heels a 68-65 lead with 27 seconds to go. A Kennedy Meeks block and a timely rebound by Joel Berry II set up the fast break, which led to a Justin Jackson dunk. That made it 70-65. With no timeouts, Gonzaga was finished.

Gonzaga, a Roman Catholic university in Spokane, Washington, emerged as a Cinderella team in 1999, reaching the Elite Eight before losing to eventual champion Connecticut. The Bulldogs have been a mainstay in the NCAA tournament since.

This year’s run by Gonzaga was no fluke, with its lone defeat coming February 25 to BYU. For their efforts, the Bulldogs earned the No. 1 seed for the West region for the NCAA tournament. This was the Bulldogs’ first Final Four appearance.

But the night belonged to the No. 1 seed from the South region in UNC.