Driver charged after dump truck smashes into I-95 overpass

PRINCE GEORGE, Va. – The back end of a dump truck smashed into an overpass along Interstate 95 northbound Wednesday morning.

The back end was popped up enough to wedge under the bridge, where it remained at an elevated position for a while as crews worked to remove it.

Officials said that the dump truck was traveling down the highway with the back of the truck elevated. The operator has been charged with reckless driving.

The overpass is in Prince George County, off Route 608. The Garys Church Road bridge over the interstate was built in 1959, according to VDOT’s website. The bridge is listed as “structurally deficient” on VDOT’s website, which means “there are elements of the bridge that need to be monitored and/or repaired.”

VDOT officials emphasized that the term "sounds scarier than it actually is." 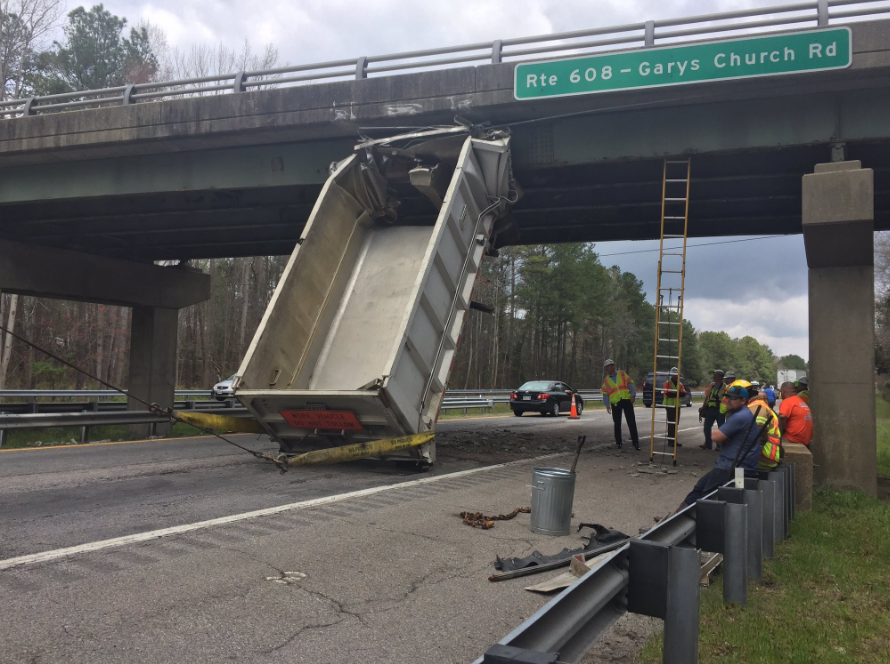 Some concrete came off with the impact, and the beam was shifted slightly.

Gary's Church Road will be closed for repairs, some of which were already planned, for about a week.